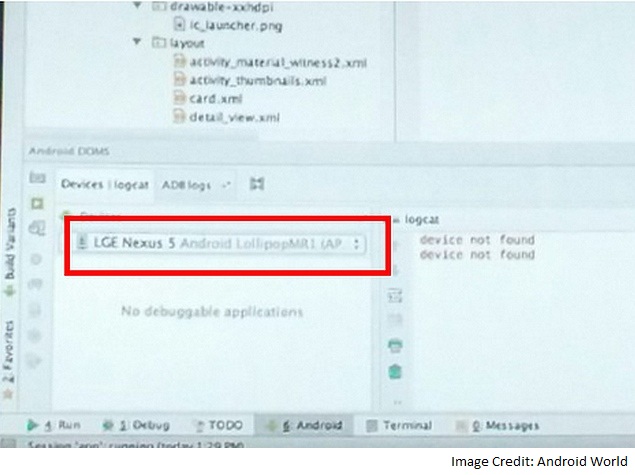 While Google has just started rolling out its latest Android 5.0 Lollipop to Nexus devices worldwide, two Android developers have reportedly revealed the existence of what will probably become Android 5.1 Lollipop.

The Android 5.0 Lollipop MR1 version seen at the presentation was captured in an image by Android World, but almost nothing about what the OS will hold was seen at the presentation or revealed by the engineers. It is speculated that Android 5.1 will not include very many new features or changes, and the codename is expected to remain the same, i.e., Android 5.1 Lollipop, especially since Lollipop is a major release.

Notably, the Android 5.0 Lollipop OTA update on Wednesday started rolling out to Nexus 5, Nexus 7 (2012 and 2013) Wi-Fi only models and Nexus 10 along with the Moto X (Gen 2), Moto G and other handsets. Additionally, Google has also released factory images for the Nexus devices.