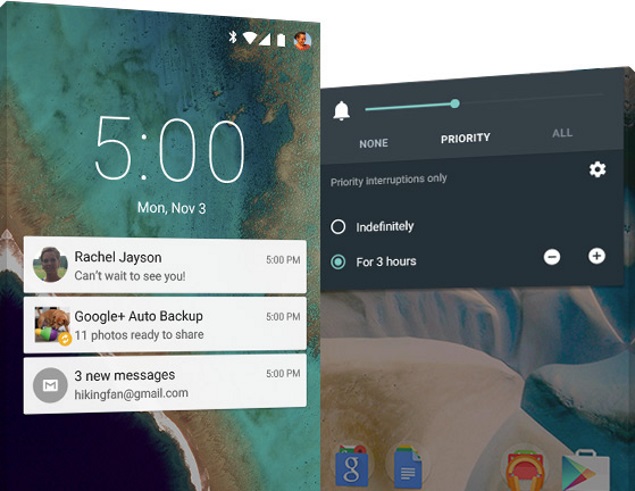 Another day and another Android 5.0 Lollipop bug. This time multiple users running the latest Android build on the Nexus 4 and Nexus 5 handsets are reporting a bug that is preventing them from sending SMS messages.

Notably, Google has now confirmed to a Dutch site (via Myce) that the SMS bug is also affecting the new Nexus 6 while a user has claimed that the new Moto X is also having problems with sending texts. The bug however is only reported to be affecting users on select carriers - Vodafone Netherlands, Vodafone India, and Mobistar (Belgium).

Reporting the bug on the Android Issue Tracker titled "Cannot send SMS Vodafone NL", Android 5.0 Lollipop users are claiming that the messages sent from an affected device never reach the recipient; though devices that are said to be affected by the bug can still receive messages.

While acknowledging the SMS bug, Google responded to Tweakers and said (Google Translate), "We have discovered a software bug in Android 5.0 Lollipop which ensures that Vodafone customers cannot send text messages in the Netherlands. This bug affects the Nexus 4 and Nexus 5, but the Nexus 6 as well."

One of the users describes the issue, saying, "When trying to send an SMS it fails. Using the new messenger app I get an error code 38."

A user from India using Vodafone writes, "Same issue here on Vodafone India. Not able to send SMS to any number."

Another user facing the same SMS bug claimed that after downgrading from Android 5.0 Lollipop to Android 4.4.4 KitKat, he is not affected by the same bug.

Within a week of Google releasing the Android 5.0 Lollipop OTA update for its older Nexus devices, multiple bugs found in the latest Android build have been reported by users.

Prior to this, we'd heard about a Wi-Fi bug that was reported to be affecting some users, and then multiple reports claimed that Android 5.0 Lollipop also removed the very useful 'silent mode' from phones. Some Nexus 7 (2013) tablet users on Monday were reporting issues in playing any video on the device after updating to the latest version of Android.