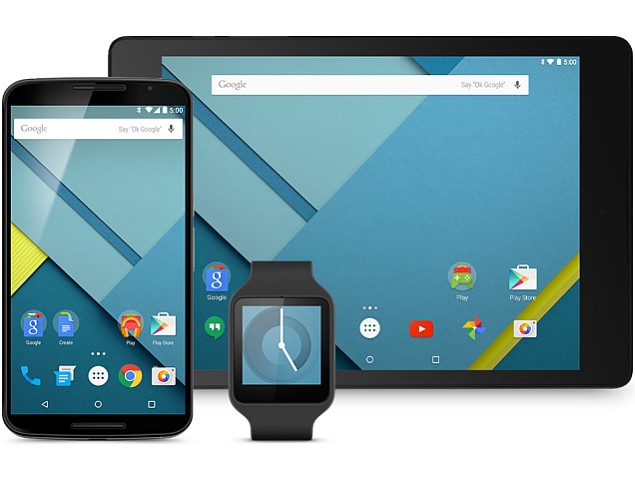 Google has released updated Android 5.0 Developer Preview images for the Nexus 5 and Nexus 7 (Wi-Fi, 2013), alongside the 'full release' of the Android 5.0 Lollipop SDK with final APIs, ahead of the general roll-out in early November for end users and new devices.

The updated Android 5.0 Developer Preview images for the Nexus 5 'hammerhead' and Nexus 7 'razor' feature build number 'LPX13D', and are available to download from the company's Android Developer page.

The Mountain View firm notes that the images are meant for developers to test apps, and support the Android 5.0 SDK that can be found on the same page. They only have the minimal apps pre-installed in order to enable developer testing. Users can always roll back to final release factory system images. Updated developer preview images are also available for the ADT-1, and the Android emulator.

Google added that the first set of devices to run Android 5.0 Lollipop - the Nexus 6, Nexus 9, and Nexus Player - will only be made available in early November, adding it will roll out the Android 5.0 update worldwide to "Nexus 4, 5, 7 (2012 & 2013), and 10 devices, as well as to Google Play edition devices" in the same timeframe.

The release of the final Android 5.0 Lollipop SDK is significant for developers, and gives them access to the 5,000 new APIs they can use for their apps and services. The company notes that several APIs and behaviours have changed in the SDK since its developer preview release from earlier this year, and that users should delete all preview packages via the SDK manager while installing the final release.
Comments

Man Jailed in Japan for Making Guns With a 3D Printer
For South Korea, E-Sports Is National Pastime