Now when Google has started rolling out the OTA Android 5.0 Lollipop update for its older Nexus devices, including the Nexus 4, Nexus 5, Nexus 7 (2012 and 2013), and the Nexus 10, more reports of bugs related to the latest Android build is emerging.

We have already heard about the Wi-Fi bug that was reported to be affecting some users, and on Monday multiple reports claimed that Android 5.0 Lollipop removed the very useful 'silent mode' from phones.

The latest in the series is the flashlight bug that is reportedly affecting some Nexus 5 and Nexus 4 users. According to an Android Police report, Nexus 5 users are facing a problem with the new Flashlight toggle in Quick settings. The publication says, "If you turn it on and leave it like that until it times out and shuts off, the camera and flashlight will stop working until you reboot." 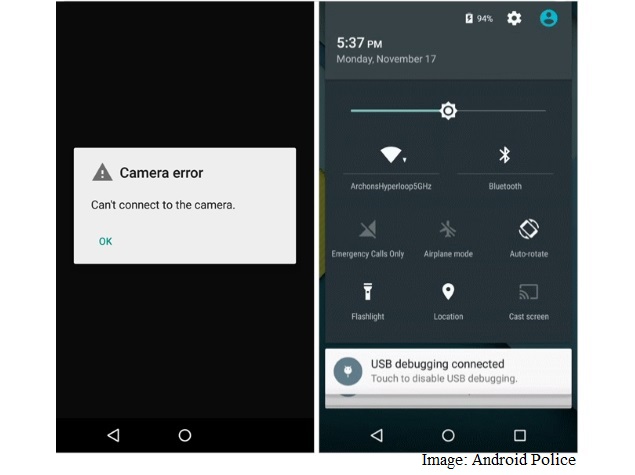 The report suggests that leaving the flashlight switched on until it times out makes the camera and flashlight "inaccessible" thereafter. The publication claims that the flashlight bug is confirmed for the Nexus 5 smartphone, and that the only workaround is to reboot the device - "All you can do is reboot and remember to turn it off next time," it adds.

The bug however doesn't seem to be affecting all Nexus 5 users running Android 5.0 Lollipop, as one of NDTV Gadgets' units is not affected by the reported bug.

Phonearena, on the other hand, reports that the Nexus 4 is also affected by the same bug but in a different way. It notes, "We've checked on one of our Nexus 4 handsets running Lollipop: the flashlight doesn't turn off itself at all, it stays on as long as you want. However, the camera will stop working after a few minutes."

However, the report suggests that Nexus 4 camera app will remain accessible through the lock screen, and that a reboot is not required in this case. As of now, Google has not acknowledged the flashlight bug reported by some Nexus phone users.

On Monday, some Nexus 7 (2013) tablet users were reporting issues in playing any video on the device after updating to the latest version of Android. Reporting the issue on the Android Open Source Project Issue Tracker site, in a post titled "Android Lollipop video issue on Nexus 7 2013", some Nexus 7 (2013) users are claiming that their updated tablets are now unable to play any videos.

Google Search Can Now Be Asked to Roll a Die, Apart From Flip a Coin
Indian Retailers Hobble Online as E-Commerce Firms Race Ahead