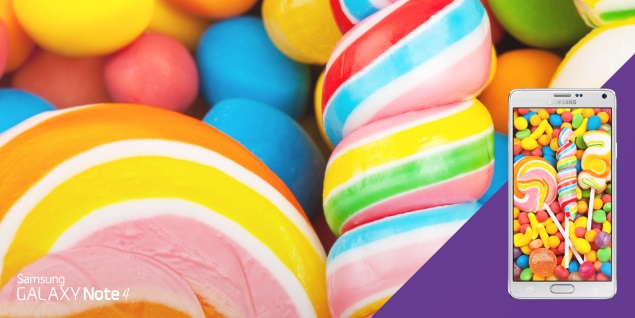 Samsung Mobile on Tuesday tweeted an image of the recently launched Galaxy Note 4 accompanied by a number of lollipops, probably signifying that it is testing the Android update on the device already. The tweet reads, "Anyway you look at it, the #GALAXYNote4 Quad HD Super AMOLED display is pretty sweet. #NoteTheDifference."

Samsung had launched the Galaxy Note 4 at IFA in September with Android 4.4.4 KitKat. The smartphone made its debut in India last week.

Recently, HTC and Sony had also confirmed which of their devices will receive the Android 5.0 Lollipop update. While four of HTC's smartphones will be receiving an update to Android 5.0 Lollipop officially, Sony announced that the entire Xperia Z lineup will be updated to the new OS version.