One of our readers, Jubin Mathai, claims to have received the Android 4.4.2 update for his Nexus 5 smartphone in India, indicating the update has started rolling out for some Nexus devices (maybe just the Nexus 5) in the country. Mathai wrote on Twitter, "My #Nexus5 got updated today!" 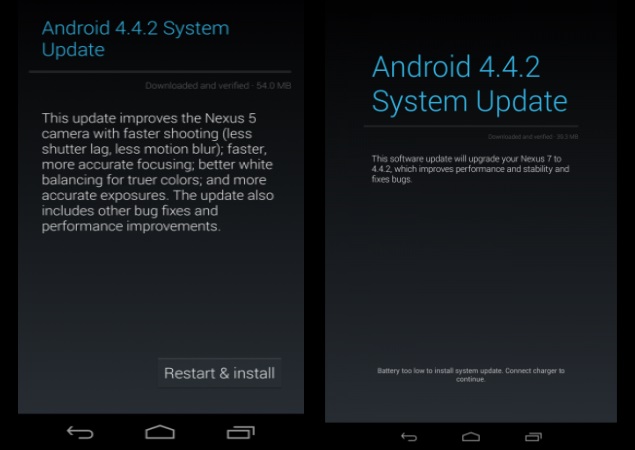 This is surprising, as earlier this month, Google had announced the Android 4.4.1 update for the Nexus 5, which had primarily introduced camera enhancements for the smartphone. The Android 4.4.1 update brought camera improvements like faster focussing, particularly in low light situations; quicker white balancing for truer colours; ability to pinch-zoom the viewfinder in HDR+ mode and less shutter lag.

In November, almost two weeks after the release of the operating system, Google officially rolled out the Android 4.4 KitKat update for its Nexus 7 and Nexus 10 tablets.

However, it took some time for the Android 4.4 KitKat update to reach Indian shores as Nexus 4 and Nexus 7 users reportedly only received the update in the last week of November.