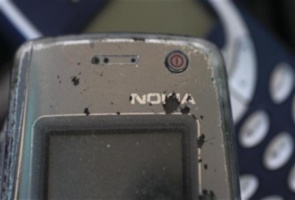 Struggling Finnish cellphone maker Nokia faces a long and painful transition to smartphones powered by Microsoft's Windows software, warned several analysts, who cut their price targets on the stock after the company forecast a wider-than-expected quarterly loss in its phone business.

"Nokia's current profit warning worryingly reflects the company having to significantly discount its new Microsoft Lumia products in order for the eco-system to gain any traction with retailers, operators and consumers," UBS said.

At least ten brokerages, including UBS, slashed their price targets on Nokia on Friday, after the company said it plans to cut 10,000 more jobs as it burns through cash and loses market share to rivals Apple Inc, Google Inc and Samsung Electronics Co.

Nokia's plan to cut more jobs and reduce operational costs are a step in the right direction, but the moves may be too late, said Wedbush Securities analysts, who cut their price target on the U.S.-listed shares to $2.50 from $3.25.

Nokia is placing its hopes of a turnaround on a new range of smartphones called Lumia, which use largely untried Microsoft software, but Lumia sales have been slow. Nokia ditched its own Symbian operating system and switched to Microsoft last year.

Canaccord Genuity analysts lowered their price target on Nokia's U.S.-listed shares to $2.70 from $3.50.

Analysts at Credit Suisse downgraded the stock to "neutral" from "outperform," while those at Nordea Equity Research cut their rating to "hold" from "buy."

Natixis cut its price target on the stock to 1.5 euros from 2.6 euros while Societe Generale cut its target to 1.6 euros from 1.8 euros.

Shares of Nokia, which have fallen more than 50 percent since the start of the year, were trading up 2 percent at 1.86 euros at 0810 GMT on Friday.