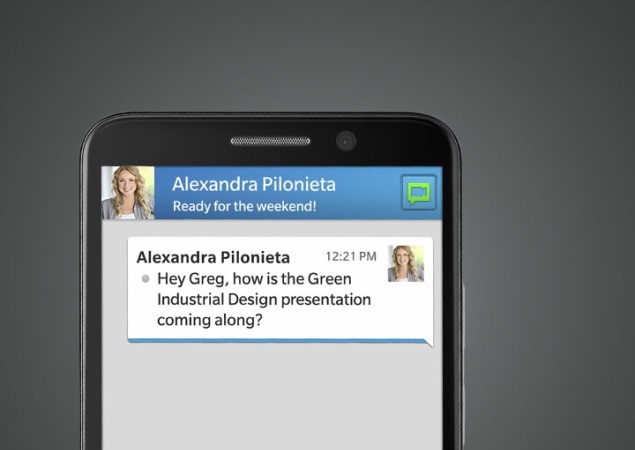 BlackBerry recently launched its lowest priced BlackBerry 10 phone, the Q5 in India, and now it's rumoured to be working on some new smartphones that are likely to be named BlackBerry A10 and Z15.

BlackBerry's alleged flagship smartphone, formerly code-named as the A10 has got an official name Z30, if reports are to be believed. Purported images of both these yet to be announced devices, Z15 and Z30 have leaked online. Crackberry and Bberryblog have posted images of the BlackBerry Z30 and Z15, respectively.

The images of the Z30 show a full touchscreen device much like the company's flagship smartphone, Z10. The device sports rounded edges and is pictured running the latest BlackBerry OS 10 operating system.

The BlackBerry Z30 will be the first smartphone from the company to boast a 5-inch display, as per the rumour. The alleged specifications of the Z30 include a 1.7GHz dual-core Qualcomm MSM8960 processor coupled with 2GB of RAM and Adreno graphics. The device is said to feature a 5-inch AMOLED display with a resolution of 720x1280 pixels. It's rumoured to sport an 8-megapixel rear camera accompanied by an LED flash and a 2.0-megapixel front shooter. The device is likely to be backed by a 2800mAH battery. It might come with 16GB internal storage that can be expanded up to 64GB with the help of a microSD card. 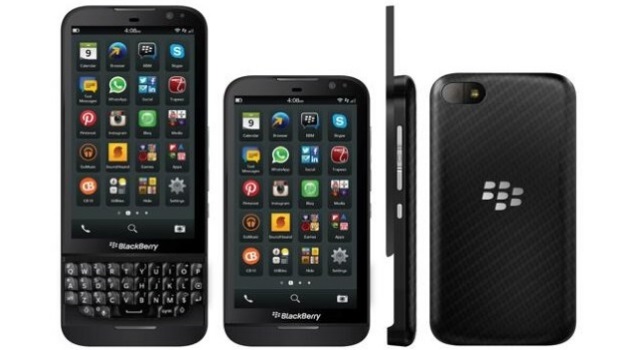 While the BlackBerry Z30 has been spotted earlier with code-name A10, the Z15 has appeared online for the first time. The handset features a slider that reveals a physical keyboard much like BlackBerry Torch series. The BlackBerry Z15 is expected to be a touchscreen device, as well. Not much has been revealed about the specifications of the BlackBerry Z15. However, the company has not confirmed any of the devices.