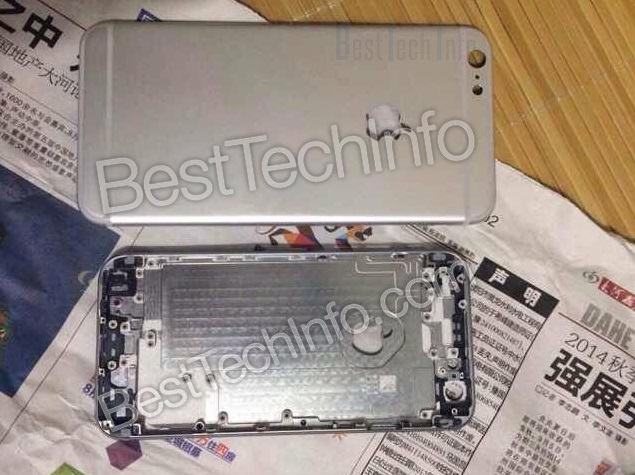 Apple is expected to launch its next iPhone model, believed to come in two versions - 4.7-inch (iPhone 6) and 5.5-inch (iPhone 6L), at an event on September 9, which is just a few weeks away from now. But the leaks related to the device just don't stop coming in.

The leaked image that has surfaced online shows the internals of the alleged 4.7-inch iPhone 6 rear shell that will include the various components of the device, such as the antenna. The leaked image also shows the outer-side of the rear panel of the larger 5.5-inch iPhone 6 model (recently tipped to be called the iPhone 6L), and though it does not offer much detail about the handset, it does show cut-outs for housing the rear camera with flash and for the Apple logo branding in the middle - which are both in-line with previous leaks.

The report is further in-line with earlier reports, which claimed that the rumoured September 9 launch event will only see the launch of 4.7-inch iPhone 6, while the 5.5-inch version will be showcased later. There have been reports that tipped the two rumoured iPhone 6 models might be launched at separate events - aligning to the current report.

All these leaks should be taken with a pinch of salt as Apple has not mentioned anything about the upcoming device and the legitimacy of the leaks remains questionable.

Sony Xperia Z3, Huawei Ascend Mate 7 Specifications Leaked via Regulator
New Era in Safety When Cars Talk to One Another