It seems keeping Apple's next generation iPhone out of the news is almost impossible. After being compared with the iPhone 5 and Samsung Galaxy S5, the fresh bunch of leaked images of the rumoured iPhone 6 show the handset posing alongside iPhone 5s and HTC One (M8). 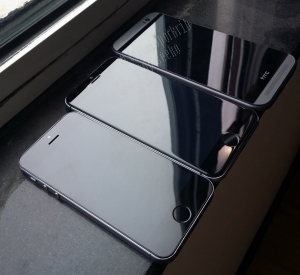 The leaked images of the alleged iPhone 6 dummy show the handset from different angles and reveals the unannounced smartphone in its full glory. The purported leaked images of the alleged iPhone 6 corroborate what's has been widely expected based on earlier leaks, that the next iPhone will take design cues from Apple's current generation iPod touch and would come with curved edges.

The alleged wider, thinner iPhone 6 (seen in the middle) seems to feature a 4.7-inch display, and is slightly shorter than the HTC One (M8) (which sports a 5-inch display) in side-by-side comparison. The alleged iPhone 6 in the leaked image also appears to be thinner than current iPhone 5s, which is 7.6mm thick.

The new bunch of leaked images come courtesy a Korean publication and a Japanese publication, both first reported by GSM Arena.

On Monday, a set of leaked images posted on Twitter claimed to reveal the alleged 4.7-inch and 5.5-inch iPhone 6 dummy models. It's worth noting that this was the first time both the rumoured iPhone models (Apple has for a while been rumoured to be making 4.7-inch and 5.5-inch variants of the iPhone) were pictured side-by-side.

Amidst the alleged iPhone 6 leaks, we have for the first time also been treated with leaked images of Apple's next-generation iPad, first spotted by Phone Arena, that claim to purportedly show the tablet from different angles. 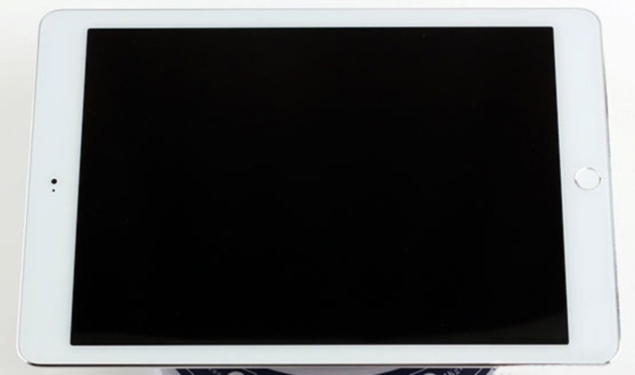 One of the prominent features tipped by the leaked iPad images is the fingerprint scanner feature. The leaked images show the alleged iPad Air 2 or iPad 6 embedding a circular home button; reminiscent to the one found on the iPhone 5s.

If the leaked images of the alleged iPad tablet comes out to be true, we might see Apple introducing its much-touted fingerprint scanner feature on the next-generation iPad tablets.