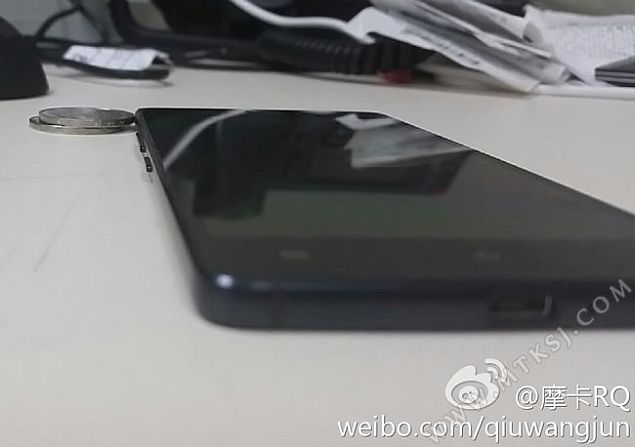 After a brief appearance on the Tenna website, Gionee's yet-to-be-announced smartphone with codename GN9005 that's expected to come with a record-breaking 5mm thickness, has reportedly appeared online again in a couple of leaked images.

While the first image (seen below) shows the alleged Gionee Elife S4.8 smartphone from the side, the second image (seen above) shows the smartphone kept alongside two coins stacked on top of each other, just to give users an idea of how thin the device is. The second image also shows the handset will feature volume buttons on the left side and a Micro-USB port at the bottom. 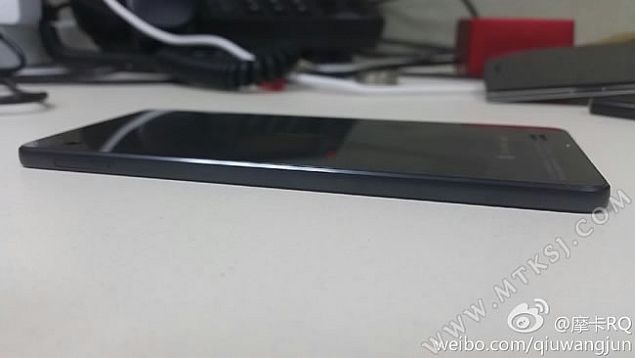 Also seen is the handset's 16GB of inbuilt storage along with an 8-megapixel rear camera and 5-megapixel front-facing camera. A 2050mAh battery reportedly backs the Gionee Elife S4.8 aka GN9005.

With the Tenna listing, smartphone appeared to be headed first to China Mobile, and is expected to be 4G LTE network compatible. The Gionee GN9005 aka Elife S4.8 is yet to be allotted a price tag. Also, there is no word on its launch time frame.

Notably, with the launch of the Gionee Elife S5.5 (Review | Pictures), the firm had managed to beat the record previously held by Vivo X3 by 0.25mm, with a thickness of 5.5mm.