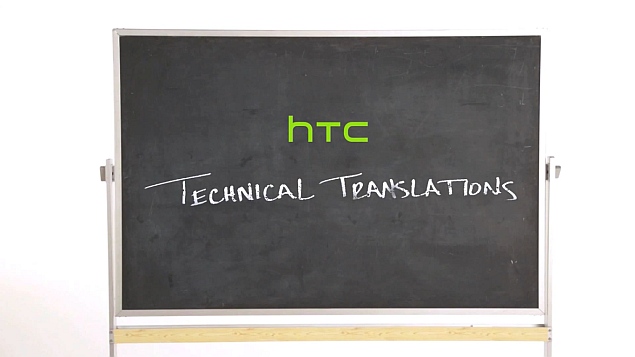 HTC has yet again teased the upcoming 'All New HTC One' in an advertisement boasting of its metal body.

The one-and-half-minute-long video, titled 'HTC Technical Translations #2: Metal Unibody', includes two characters, one an engineer and the other some sort of layman (possibly marketing). The first half of the video concentrates on the engineer describing material and techniques used to create the existing HTC One.

In the latter half of the teaser video, we see the engineer holding the 'All New HTC One' smartphone (which has been blurred), describing the metals used in the making of the handset. The scientist's voice, while listing the number of metals, is bleeped out with some twisted guitar leads and riffs generally used in a 'metal' genre song. However, he mentions that one would have to wait until 25 March 2014 "like everyone else," to get the glimpse of the next-gen handset.

The second teaser video is a follow-up to the first advertisement, 'HTC Technical Translations #1: BoomSound', which detailed the BoomSound feature in the company's next flagship smartphone in a humourous way.

Some previous leaks (most recent leak) suggest that the phone might feature a 5-inch full-HD display, a quad-core Qualcomm Snapdragon 800 MSM8974 processor coupled with 2GB of RAM, and Sense 6.0 UI on top of Android 4.4 KitKat. A 2.1-megapixel front camera is also speculated.

It is all but certain that the Taiwanese firm's much-anticipated successor to the HTC One, the device also referred to previously as HTC M8, HTC One 2, HTC One+, HTC Two, and HTC One 2014, will be released at the 25 March 2014 event.