All New HTC One purportedly showcased in leaked photo gallery 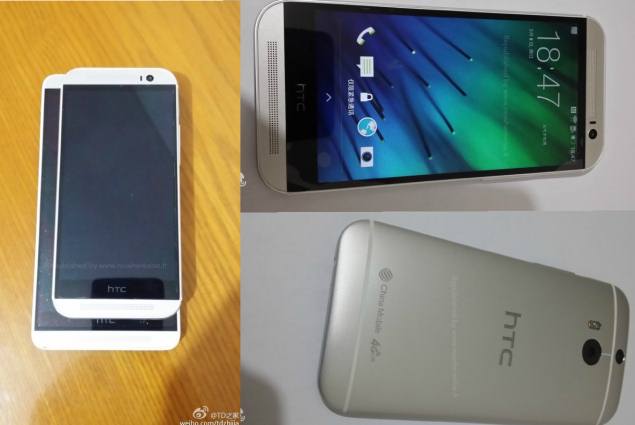 The 'All New HTC One' has been leaked yet again. This time, it's featured in a massive photo gallery with just a couple of weeks to go from its official launch at an event scheduled for 25 March 2014.

HTC has been teasing the All New HTC One a lot through various media. This time, the purportedly leaked gallery of images comes from China, and seems to showcase the device in all its glory, complete with size comparisons with the HTC One Max.

The purported image gallery shows the different angles of the All New HTC One. The rumoured dual-camera lens and the dual-LED flash are also present at the back of the device, with carrier branding along with 4G LTE. The front of the device shows us the display as well as the shorter BoomSound speaker at the top, with the front-facing camera and the new placement of the sensors next to it.

The similar arrangement of the shorter BoomSound and the dual camera configuration was also detailed in a 12 minute hands-on video leaked earlier in March. The video also supposedly showcased the new Sense 6.0 UI (said to be 6.6 in the video) along with those on screen buttons.

The leaked hands-on video also showcased BlinkFeed and the recent apps menu. The uploader also displayed the microSD card slot on the right hand side of the phone just above the volume rocker, a slot also spotted in the newly leaked images.

The alleged video was apparently removed when the uploader was received a warning from HTC's Senior Global Online Communications Manager, Jeff Gordon. Later, the same video was re-uploaded by another YouTube user.
Affiliate links may be automatically generated - see our ethics statement for details.
Comments