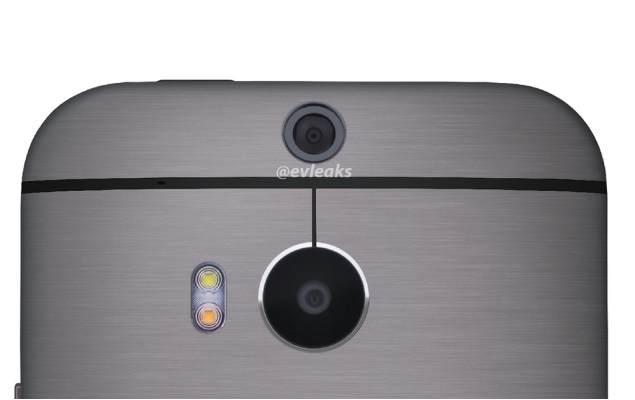 It seems nothing is going HTC's way - after Jeff Gordon's Twitter exchange with a YouTuber who leaked the All New HTC One, it helped form a near certainty that the leaked video and the phone shown in it were real.

However, this was not the end to the Taiwanese manufacturer's horror, as on Monday, the 'All New HTC One' was leaked yet again in a purported photo gallery with just a couple of weeks to go from its official launch scheduled on 25 March 2014.

Now, a new purported walkthrough video claiming to reveal the All New HTC One has surfaced on the popular video-sharing website, YouTube, and suggests that the yet-to-be-launched device will run Android 4.4.2 KitKat and will feature HTC's new Sense 6.0 UI.

The original uploader, YLSMixtapes, has also claimed that the All New HTC One will come in three storage variants- 16GB, 32GB and 64GB, much like Apple's iOS devices. It's worth pointing out that the video shared by YLSMixtapes has been taken down, though has been reposted by a YouTuber named Haifa X.

The alleged walkthrough video has been shot in a dark room and does not reveal much about the design of the device, except for the rumoured dual-camera lens and the dual-LED flash, which will be the highlights of the All New HTC One.

Notably, the Taiwanese manufacturer has been steadily teasing its yet-to-be-announced HTC One sequel on social platforms in a series of videos in teasing features of the device, ahead of its launch on 25 March 2014.

On Monday, HTC posted a third teaser video, titled 'HTC Technical Translations #3: UltraPixel', which featured the same two characters that have been seen in previous teasers, one posing as a HTC engineer and the other some sort of layman (possibly marketing). The latest teaser boasted of the lowlight prowess of the new flagship's camera.

The first teaser detailed the BoomSound feature in company's next flagship smartphone in a funny way and was named "HTC Technical Translations #1: BoomSound."

The second teaser video, titled 'HTC Technical Translations #2: Metal Unibody', described the metals used in the making of the handset.

In a recap of previously rumoured specifications, the All New HTC One handset is expected to feature a 5-inch full-HD display, a quad-core Qualcomm Snapdragon 800 MSM8974 processor coupled with 2GB of RAM, and Sense 6.0 UI on top of Android 4.4 KitKat. A 2.1-megapixel front camera is also speculated.