The company mentions that the Alcatel One Touch Idol X is its new Android flagship smartphone. The device comes with 5-inch full-HD IPS display with a resolution of 1080x1920 pixels and boasts of a Dragontrail Glass.

The phone comes in two variants - single SIM and dual-SIM. The internal storage on the single SIM variant is 8GB, which can be expanded up to 32GB, while the dual-SIM variant comes with 16GB of non-expandable storage. The One Touch Idol X is powered by a quad-core processor clocked at 1.5GHz along with 2GB of RAM and runs Android 4.2 Jelly Bean. The phone sports a 13.1-megapixel rear auto-focus camera with features like HDR, face detection, touch to focus, panorama, burst mode and night mode. It features a 2-megapixel front camera. Connectivity options include Wi-Fi, Bluetooth, GPS/ aGPS, Micro-USB and 3G. It also includes a 2000mAh battery that the company claims, delivers up to 20 hours of talk-time along with 320 hours of standby time and takes 2.5 hours to get a full charge. 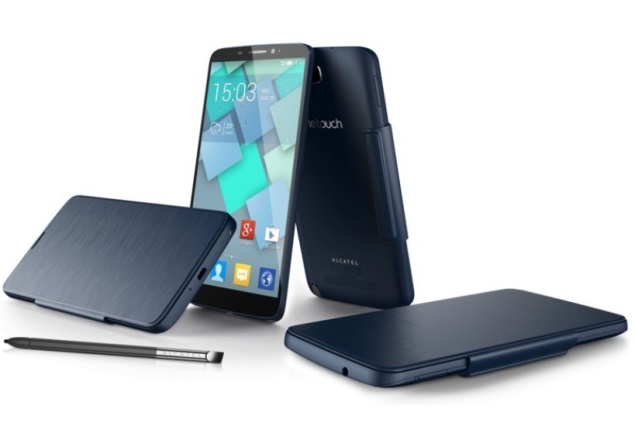 On the other hand, the Alcatel One Touch Hero features a 6-inch IPS display with 1080x1920 pixels resolution and boasts of a pixel density of 367ppi. It is powered by a 1.5GHz quad-core processor coupled with 2GB of RAM. The Alcatel One Touch Hero runs Android 4.2 Jelly Bean and sports a 13-megapixel rear camera with an LED Flash and a 2-megapixel front-facing camera. There is 16GB of internal storage which can be expanded further, thanks to a microSD card slot. It comes with a 3400mAh battery. It is a dual-SIM (GSM+GSM) phone and comes with stylus support.

The release dates and pricing information of the two smartphones have not been announced by the company, yet.