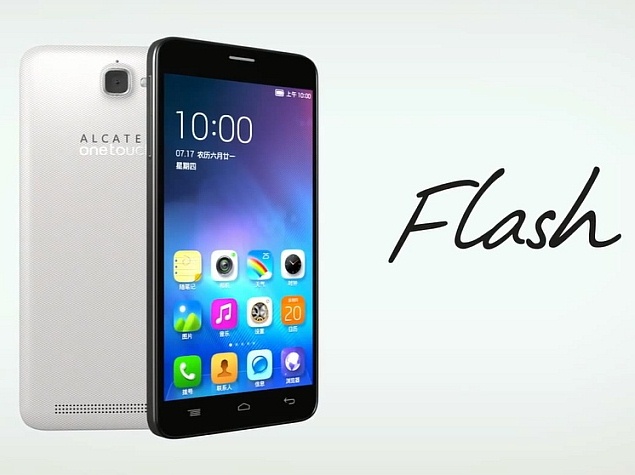 Alcatel on Monday has launched the One Touch Flash (6042D) phablet in Thailand, where it is being marketed as a competitor to the similarly-specced affordable Samsung phablet, the Galaxy Note 3 Neo (Review | Pictures).

It boasts of a 13-megapixel autofocus rear camera with LED flash and a 5-megapixel front-facing camera. The 8GB internal storage on One Touch Flash can be expanded up to 32GB (via MicroSD card).

Connectivity options on the Alcatel One Touch Flash include Wi-Fi, Bluetooth, GPRS/ EDGE, GPS and 3G. The battery on the device is 3200mAh.

Alcatel has released the video (see below) touting One Touch Flash to be a Samsung Galaxy Note killer. The video shows One Touch Flash as an Android robot that fights an evil-looking Note and wins at the end because of its superior specifications. The video also details the Hotknot sharing feature.