Alcatel 1X is debuting at the Mobile World Congress (MWC) 2018 in Barcelona as one of the first Android Go devices. The smartphone, which was announced at CES 2018 alongside the new Alcatel 3V and Alcatel 5, features Android Oreo (Go edition) alongside a suite of pre-installed Google apps that are designed to deliver an optimised user experience despite using budget hardware. TCL Communication has also launched the Alcatel 3V, Alcatel 3X, Alcatel 3, and Alcatel 5 smartphones and two new Wi-Fi hotspots, one of which doubles as power banks. All the new offerings will be showcased at MWC. The company launched a pair of tablets at the event as well, called the Alcatel 1T 7 and Alcatel 1T 10.

Among all the new launches by TCL Communication, the Alcatel 1X is certainly the key development as it finally brings Google's Android Go project to its reality. The smartphone will include apps such as Google Go, Files Go, Google Maps Go, YouTube Go, and Gmail Go in addition to some performance optimisations to Chrome, Google Play, and Gboard. Similarly, there is Google Assistant Go to deliver a voice-activated Google integration.

The Android 8.1 Oreo (Go Edition) based Alcatel 1X features a 5.3-inch FullView display with 480x960 pixels resolution and 18:9 aspect ratio. Under the hood, the smartphone is powered by a quad-core MediaTek SoC, paired with 1GB and 2GB RAM options. There are 13-megapixel and 8-megapixel rear camera options along with an LED flash and 1080p video recording support. Also, a 5-megapixel camera sensor is featured on the front with a selfie flash. It will go on sale starting April in single-SIM and dual-SIM variants with a price tag of EUR 100 (approximately Rs. 7,960) and EUR 110 (around Rs. 8,750), respectively.

For storing content, the Alcatel 1X has 16GB of onboard storage that is expandable via microSD card. The handset has basic connectivity options such as Wi-Fi and Bluetooth. A facial recognition feature is available to unlock the screen using your face. Some markets will also get a rear-facing fingerprint scanner. Besides, the Android Go smartphone packs 2460mAh battery.

"Our vision is for every smartphone user in the world to have access to an amazing Android experience, and the introduction of our Alcatel 1X powered by Android Oreo (Go Edition) now gives them the opportunity to own one of the best value Alcatel smartphones ever," said Christian Gatti, Global President Alcatel Business Division and Executive Vice President, TCL Communication, in a press statement.

The Android Oreo-running Alcatel 3V features a 6-inch IPS full-HD+ (1080x2160 pixels) display and is powered by a quad-core MediaTek MT8735A SoC, coupled with 2GB of RAM. The smartphone has a dual rear camera setup with a combination of 12-megapixel and 2-megapixel image sensors. The primary camera sensor has an f/2.2 aperture and includes Electronics Image Stabilisation (EIS) as well as a real-time Bokeh effect. A 5-megapixel camera sensor is available on the front with a selfie flash. 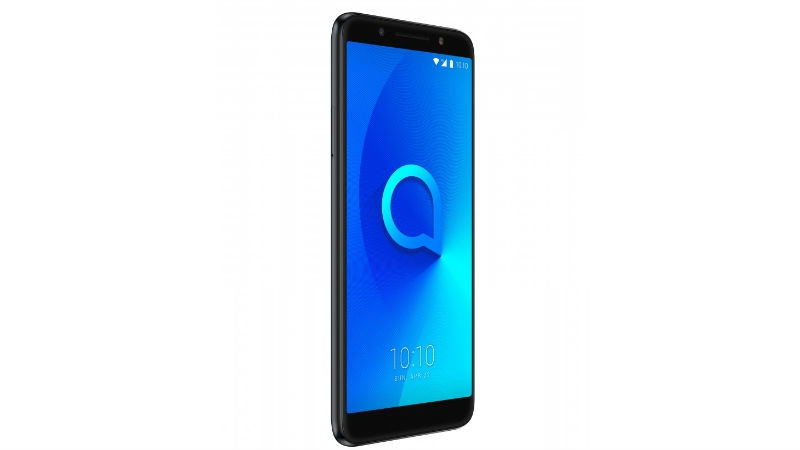 The Alcatel 3V has 16GB and 32GB onboard storage options that both can be expanded via microSD card. The smartphone packs a 3000mAh battery. It will go on sale with a price tag of EUR 190 (approximately Rs. 15,116).

Unlike the Alcatel 3V, the Android Nougat-based Alcatel 3X comes with a 5.7-inch HD+ (720x1440 pixels) display and is powered by a quad-core MediaTek MT6739 SoC, paired with 2GB and 3GB RAM options. The smartphone does include a dual rear camera setup, similar to the Alcatel 3V, with 13-megapixel and 5-megapixel image sensors - secondary sensor sports a 120-degree wide-angle lens, while the primary sensor has a 78.4-degree sensor, along with EIS and Photo Booth features. A 5-megapixel front camera sensor is available with a selfie flash. 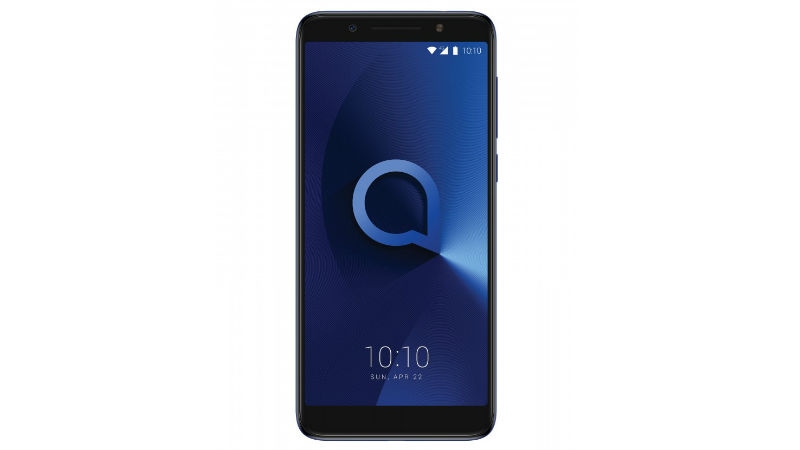 The Alcatel 3X has 16GB and 32GB storage options that both are expandable via microSD card. The smartphone packs a 3000mAh battery and will be available for purchase in select markets at EUR 180 (approximately Rs. 14,320).

In the entire Alcatel 3 series, the Alcatel 3 is the most basic model, though it runs Android Oreo out-of-the-box. The smartphone features a 5.5-inch HD+ (720x1440 pixels) display and is powered by the same MediaTek MT6739 SoC that is powering the Alcatel 3X, paired with 2GB of RAM. There is a single rear-facing camera sensor that comes with 13-megapixel resolution and has f/2.0 aperture. Also, a 5-megapixel camera sensor is available on the front with an LED flash. 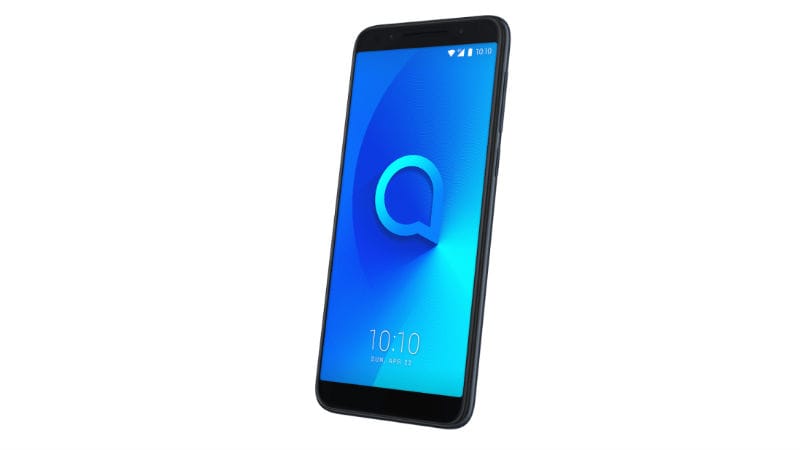 The smartphone has 16GB of onboard storage that is expandable via microSD card and packs a 3000mAh battery. It will go on sale starting next month at EUR 150 (roughly Rs. 12,650).

Apart from the budget options, TCL Communication has launched the Alcatel 5 as its new flagship offering. The dual-SIM (Nano) Alcatel 5 runs Android Nougat and features a 5.7-inch IPS HD+ (720x1440 pixels) display with 18:9 aspect ratio. The smartphone is powered by an octa-core MediaTek MT6750 SoC, coupled with 2GB and 3GB RAM options. It also has a 12-megapixel rear camera sensor with f/2.2 aperture and features such as EIS, Light Trace, Slow motion, and Video story. The rear camera sensor is accompanied by a dual-tone LED flash. For selfies, there is a dual front camera setup with a 13-megapixel primary sensor, sporting f/2.0 aperture and 120-degree lens, and a 5-megapixel secondary sensor. The front camera department also has EIS support. 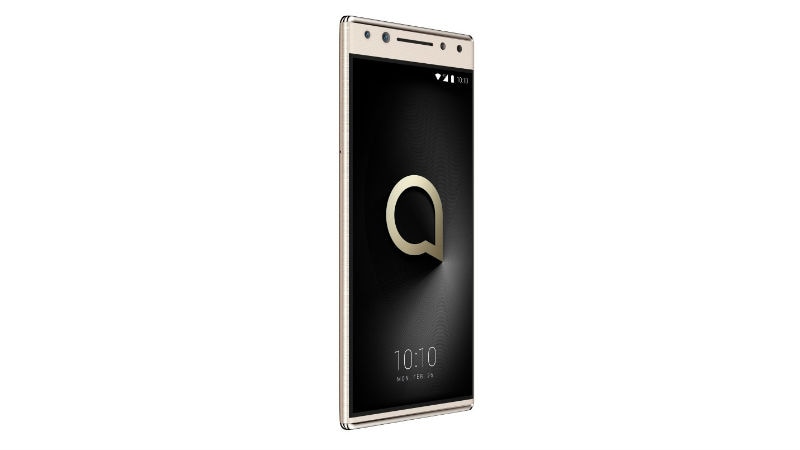 The Alcatel 5 has 16GB and 32GB onboard storage options that are expandable via microSD card in a hybrid SIM configuration. In terms of connectivity, there is Wi-Fi b/g/n, Bluetooth v4.2, GPS/ A-GPS, Micro-USB, and FM radio. NFC support will also be a part of the Alcatel 5 in select markets. Further, the smartphone packs a 3000mAh battery. It will go on sale in some regions later this month with a price tag of EUR 230 (approximately Rs. 18,298).

The Alcatel Linkzone Cat. 12 hotspot is touted to deliver up to 600Mbps download speeds over Wi-Fi 802.11ac standard. It also packs a 4300mAh battery that is claimed to deliver up to 15 hours of usage or 300 hours of standby time. The built-in battery can also be used to charge other USB-powered devices, making the hotspot device as a power bank. It weighs 150 grams.

The Alcatel Linkzone Cat. 7, on the other hand, has a 2-channel carrier aggregation with download speeds up to 300Mbps. It comes with a 2150mAh battery that is rated to last for eight hours on a single charge.