Airtel and Aircel to launch iPhone 4 in India 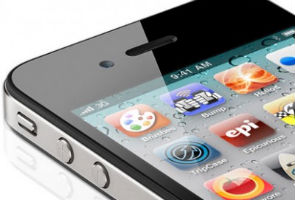 Highlights
Bharti Airtel and Aircel have issued press statements that the iPhone 4 will hit Indian shores "in the coming months." No specific time or potential price for the device were unveiled.

Vodafone and Airtel were the two players that brought the previous generation iPhones toIndia. It is a little surprising that Vodafone hasn't made any announcements about the same. Another surprising element is that Aircel will be introducing the iPhone 4 along with Airtel. Both, Aircel and Airtel have rolled out their 3G services in selective parts of the country. We are also hoping to see some special 3G data plans for the iPhone 4.

The big question is, with Verizon already offering a CDMA iPhone 4, will we see a similar offering from Reliance Communication and TATA Indicom in the near future? Stay tuned, as we will update you with all the information soon!

Also, isn't it already too late for the iPhone 4 to be launched in India with talks of iPhone 5 already heating up?
Comments