As digital life increasingly moves to the world of smartphones and tablets, some disabled people with visual, hearing and other impairments are feeling more left out than ever.

As baby boomers retire and age, the number of people needing help is multiplying. Many disabled advocates believe federal law requires that apps be accessible, but courts have not ruled on the issue. Few disabled want to risk alienating Apple, considered a friend, by fighting it.

Mobile apps that work well can transform a blind person's life, reading email on the go or speaking directions to a new restaurant. Some young blind people no longer feel the need to learn Braille to read with their fingers, when Siri and other computer voices can do the reading instead. Captions on videos and special hearing aids bring hearing impaired into the digital fold.

But when apps don't work, life can grind to a stop. Jonathan Lyens, a San Francisco city employee, who is legally blind, has a hard time browsing jobs on professional networking site LinkedIn.

"The app is insane. Buttons aren't labeled. It's difficult to navigate," said Lyens. When it comes to social media apps, new problems arise with every release, he said. "I get nervous every time I hit the update button."

LinkedIn has hired an accessibility chief, Jennison Asuncion, who himself is blind, and says it is working to improve the app.

Still, advocates of the disabled want the problem solved by the company at the center of the app world Apple. Rival Google Inc, whose Android operating system drives more phones than Apple, is also under pressure, but as the creator of the modern smartphone and a long-time champion for the blind, Apple is feeling the most heat.

Apple hasn't been a steady champion: the National Federation of the Blind sued it in 2008 over accessibility of iTunes. Apple settled, agreeing to pay $250,000 and adding captions and other accessibility improvements to iTunes. Since then it has added more such features to its iPhone, iPod, iPad and Apple TV products.

Now, Apple and Google both have developer guidelines on how to make features accessible, such as labeling buttons that can be read by Apple's VoiceOver software.

But they don't require accessibility, in contrast to other strictly enforced rules, such as a ban on apps that present crude or objectionable content. Nor do they offer an accessibility rating system, which some disabled advocates say would be a big help.

That is where the new debate starts: should the blind return to court for protection they believe is guaranteed by law, or nudge their old ally to work harder? Should they pursue app makers, as some lawyers have, or Apple and Google?

Attorney Daniel Goldstein, who brought the suit against Apple in 2008 as counsel for the National Federation of the Blind, said the 2008 action could provide a model for a suit focused on apps, but the Federation says no lawsuit is being considered.

At last week's National Federation of the Blind convention, members approved a resolution to press Apple to create and enforce accessibility standards. In the halls there was some debate about whether or when to play hard ball over requirements that apps be accessible.

"It's time for Apple to step up or we will take the next step," said Michael Hingson, board member for the National Association of the Blind's California chapter, describing litigation as "the only resort" if Apple did not bring accessibility requirements to the app store.

To be sure, Apple, Google, Twitter and other technology companies have increasingly accommodated users with impairments in recent years.

Many developers are ready to help when they learn there is a problem, said Chris Maury, whose Conversant Labs builds apps for the visually impaired.

"I try to lead with the carrot and not the stick. It's better to inform developers that accessibility is the right thing to do and an opportunity to reach a whole new base of users. It shouldn't just be about compliance or avoiding legal risks," he said. 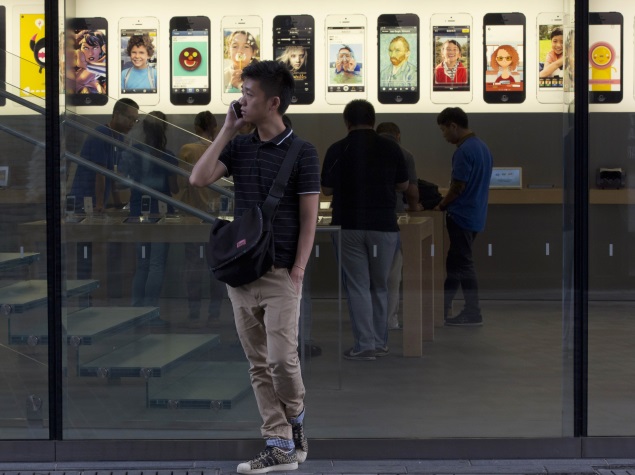 There is a worldwide market of 1.1 billion people with disabilities, according to research firm Fifth Quadrant Analytics. Nearly 21 million U.S. adults experience vision loss, according to the 2012 National Health Interview Survey, and approximately 28 million have a hearing impairment, according to the American Speech-Language-Hearing Association.

Apple Chief Executive Tim Cook in a 2013 speech at Auburn University described people with disabilities "in a struggle to have their human dignity acknowledged." He said, "They're frequently left in the shadows of technological advancements that are a source of empowerment and attainment for others."

The company declined to comment on its accessibility strategy or whether developers should be required to make apps accessible.

Problems
Problems on apps begin with unlabeled buttons, which can't be read by the machine. New features and graphics can be particularly challenging, and many companies upgrade an app, before bringing their accessibility features up to date in a follow-up release. The result is unexpected, dramatic changes in usability.

Several members of the National Association of the Blind told Reuters they struggle with apps from Bank of America, TuneIn, Southwest, Mint and Netflix, among others. Bank of America declined to comment. Netflix said it had made big strides on captioning and the others said they were working to improve accessibility.

By contrast, ride service Uber and Twitter, frequently win kudos for their apps.

"We can't stick on accessibility band aids," she said. The company now offers training on accessibility implementation and design in Zurich, Mountain View and New York, she added. She declined to comment on whether Google would require apps be accessible.

Apple also is encouraging developers to include accessibility, bringing executives from Fleksy, which designed an oversize virtual keyboard, to describe their experience at the June developers conference, for instance.

Apple's next version of its phone operating system, iOS 8, will have a "speak screen" features that reads whatever is on the screen, improved zoom, and support for hearing aids for hearing impaired made by companies including ReSound. Apple helped develop the hearing aid.

Howard Rosenblum, chief executive officer of the National Association of the Deaf, wants more. "Any app should be accessible to everyone," he said.