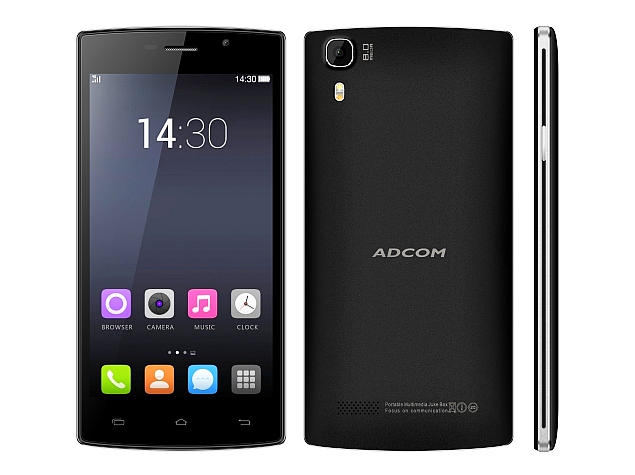 Adcom on Wednesday launched its second KitKat-series smartphone in India this month, the KitKat A54, with an MRP of Rs. 5,599. The smartphone will initially be exclusively available via Snapdeal starting November 30, followed by other leading online and offline retail stores.

The budget smartphone sports an 8-megapixel autofocus rear camera with flash, while it also houses a 3.2-megapixel front-facing camera. The KitKat A54 includes 4GB of inbuilt storage, which is further expandable via microSD card (up to 32GB). The handset packs a 1750mAh Li-ion battery and measures 145.7x71.9x8.2mm, as per its official website listing.

The KitKat A54 comes with 3G, GPRS/ EDGE, Wi-Fi 802.11 b/g/n, Bluetooth, FM radio, and Micro-USB connectivity options. It will be available in Black and White colour variants. The smartphone will also come with a free screen guard and back cover.

"Adcom A54 is one of the fast & most powerful smartphone that provides the best of both the worlds - Features and Good Looks at a reasonable price without compromising on any user experience. The phone has been designed/structured keeping in mind the dynamic needs without any constraints. Adcom A54 emphasizes our motto - most affordable and technologically richest products." stated Sanjeev Bhatia, Director, Adcom.

Notably, Adcom earlier this month announced another Android KitKat-powered smartphone, the KitKat A40, at an MRP of Rs. 4,500.