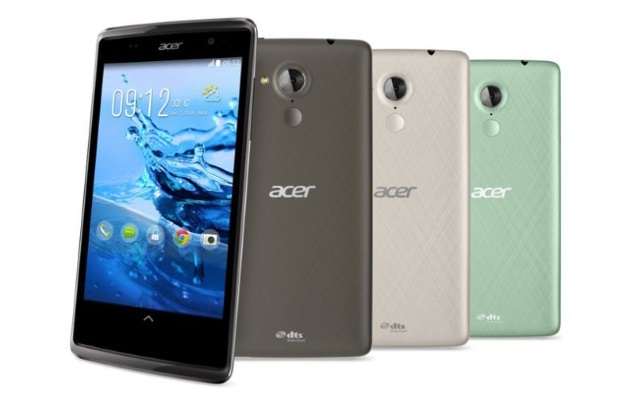 Acer has kicked of its IFA 2014 campaign with the launch of the Liquid Z500 smartphone. The Taiwanese handset giant stressed that the handset is targeted at the music lovers and is an 'affordable' 5-inch Android smartphone.

The Acer Liquid Z500 will be available starting September 15, though the company has not revealed the launch markets, and will retail at EUR 149 (approximately Rs. 12,000).

In addition to the Liquid Z500, the company also announced Europe availability of the Acer Liquid Jade.

The Acer Liquid Jade was launched at Computex and comes with dual-SIM support runs on Android 4.4 KitKat. It features a 5-inch IPS 'Zero Air Gap' display with a 720x1280 pixel resolution and a Gorilla Glass 3 screen.

The Liquid Jade is powered by a 1.3GHz quad-core MediaTek MT6582 processor that is coupled with 1GB of RAM. The smartphone features 8GB of built-in storage that is expandable by microSD card (up to 32GB). The Liquid Jade features a 13-megapixel rear camera with an f/1.8 aperture, 0.3 second autofocus, and 1080p HD video recording. It also features a 2-megapixel front-facing camera. In terms of connectivity options, it offers 3G, Wi-Fi 802.11 b/g/n, Bluetooth, Micro-USB, A-GPS, and a 3.5mm audio jack.