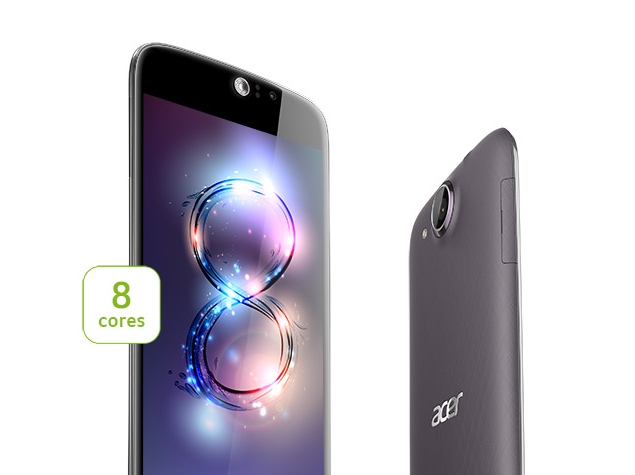 The Liquid Jade S is noted as the company's first 64-bit smartphone, powered by an octa-core 1.5GHz MediaTek MT6752M processor, whereas the original Liquid Jade featured a quad-core 1.3GHz MediaTek MT6582 processor. It features a 16-core Mali T760 and 2GB of RAM. The smartphone sports 16GB of built-in storage that is expandable via microSD card (unknown maximum capacity).

The Liquid Jade S features a 13-megapixel rear camera and a 5-megapixel front facing camera. In terms of connectivity options, the Liquid Jade S offers 4G LTE, Wi-Fi, Bluetooth, Micro-USB and GPS/ A-GPS. Dimensions of the Liquid Jade are 143x69x7.78mm, and weighs 116 grams. It is backed by a 2300mAh battery.

The company recently launched the Liquid Jade and Liquid E700 for the Indian market at Rs. 16,999 and Rs. 11,999 respectively, exclusively via Snapdeal. Notably, the handsets were introduced in May this year during the Computex 2014 event.