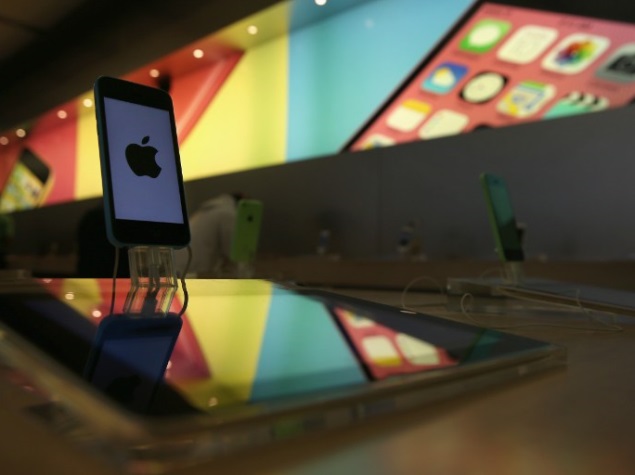 Amidst rumours claiming that Apple will be introducing new haptic feedback technology in its next generation iPhone, expected to be called iPhone 6, a new report has emerged from Taiwan claiming that Apple has almost doubled the iPhone 6 orders from suppliers when compared to the iPhone 5. Another report claims TSMC has already started shipping 20-nanometre A8 chips to Apple.

Taiwan's Business Weekly, first reported by G4Games, speculates that the alleged iPhone 6 orders to suppliers are around 68 million units. The large order number for the yet-to-be-announced iPhone 6 can be credited to the ever-increasing demand of iPhone devices. Last year, Apple announced that it sold a record-breaking nine million new iPhone 5s and iPhone 5c models just three days after launch.

Further the report claims that the alleged iPhone 6, which has been long-rumoured to come in two display size variants - 4.7-inch and 5.5-inch, will reportedly enter mass production this month.

Another report citing people familiar with Apple's plans claims Taiwanese Semiconductor Manufacturing Co (TSMC) has started shipping the chips for next generation iPhone devices. Wall Street Journal claims that TSMC started shipping the first batch of Apple A8 SoCs to Apple in the second quarter, while both the companies (Apple and TSMC) have agreed to work on advanced chips next year.

Further detailing the clock speed of yet-to-be-announced A8 chips, a Chinese report (via G4Games) suggests that the alleged iPhone 6 backed by A8 chips will deliver clock speed of up to 2GHz - a major upgrade from the company's Apple A7 chipset in the iPhone 5s with a clock speed of 1.3GHz.

The report suggests that Apple A8 SoCs are expected to be 64-bit and come with two cores, while notably the current Android flagships are sporting four, six and even eight cores under the hood - of course, real world performance cannot be directly equated to the number of cores on the SoC.

The reported move to give Apple A8 production to TSMC has been seen by tech pundits as Apple's attempt to part ways from Samsung as its chip manufacturer. However, Apple reportedly signed a fresh agreement with Samsung for supplying iPhone chips, which was confirmed by a report in October.

Recently, the battery capacities of the rumoured 4.7-inch and 5.5-inch models were tipped in a leak, and we were also treated with a new YouTube video purportedly showing the alleged iPhone 6's display, claimed to be made of sapphire material, being tested.

There have also been multiple reports claiming that Apple will use a sapphire display for the next generation iPhone handsets. While this may turn out to be true, not everyone is convinced of the merits of a sapphire display, with Corning, the makers of the Gorilla Glass screen for smartphones, tablets and laptops, claiming that its own screens were much cheaper and stronger than sapphire.