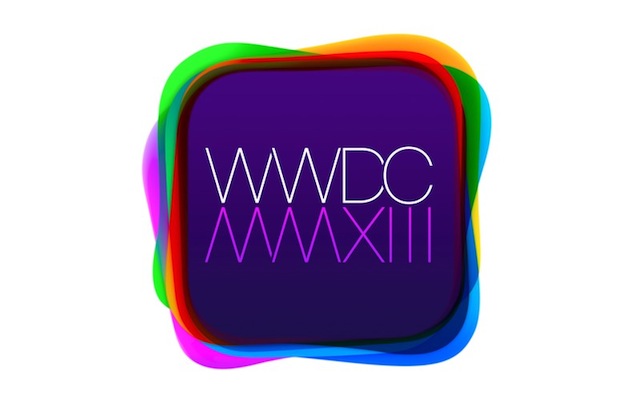 Here's what to expect from the Cupertino giant when it takes the stage at its upcoming developer event, WWDC (World Wide Developers Conference) on June 10.

1. iOS 7 will come with a major redesign
The rumour mill is abuzz with how Jony Ive's involvement with Apple's mobile operating system division would result in the next iteration of iOS, codenamed "Innsbruck," getting a refreshing, 'flat' user interface design, devoid of skeuomorphic textures. Earlier reports have suggested that iOS 7 will be "black, white, and flat all over." Apple is also expected to come up with a new Lock Screen interface and is likely to replace the shiny, transparent time bar that we see on the Lock screen with a shine-free, black colour interface. It will also swap the square-grid prompt for entering the Lock Screen pin code with round, black buttons that feature white text and white borders. Lock Screen notifications might also come with support for new gestures and the Notifications drop down will include new panels including new widgets and a panel with toggles for Wi-Fi, Airplane Mode, and Bluetooth. Several other changes in addition to possible support for Wi-Fi direct based file sharing through AirDrop have been rumoured to come with iOS 7.

A new report by 9to5Mac also suggests that the iPhone camera app could get Instagram-like filters. It also adds that a new way to handle multitasking, motion based technologies to move on-screen objects, and new APIs for gaming, maps and Siri could also be announced when the new version of the OS is previewed at the WWDC.

2. Next version of OS X - 10.9 expected to be unveiled
Apple is also expected to announce the next iteration of its desktop OS, Mac OS X 10.9 at the WWDC. Reports have indicated that the OS would not undergo a major redesign but would add new functionality. The Finder is expected to get tags and tabbed browsing. The Safari browser is also expected to be overhauled improving page loading and rendering speed. For power users, the OS is expected to come with the ability to keep a full screen app open on a different monitor, on a multi-monitor set-up. It was also reported that the OS could come with Siri functionality, in addition to iOS like quick-app switcher for multitasking. A new report indicates that the skeuomorphic design elements seen in apps like Calendar, Contacts, Notes and others, will still exist in the new version of the OS though Apple intends to remove them in the future.

It's also indicated that a lot of new features that were in testing might not make it to the final version of OS X 10.9 as engineering resources were shifted to iOS development, as reported earlier.

4. iRadio service
Apple is also expected to announce a music streaming service at the WWDC. Rumours of the service's imminent launch have been floating around for a long time, with the latest being that Apple is gearing up to sell audio ads on the music-streaming service. The company is believed to have closed deals with major record labels including Warner Music Group and Universal, for the service, which would resemble Pandora, the popular music streaming service available in the US.

While some reports say that a MacBook Pro Retina or Classic refresh is unlikely, Kuo had predicted that the Retina MacBook Pro's 13-inch version will sport a slimmer form factor making it more portable and that it will also have an upgraded camera capable of capturing 1080p video in order to improve Facetime and video conference quality. He had also predicted that a new MacBook variant with a Haswell processor could be unveiled at the WWDC.
Comments

From a nonprofit, advice on reaching millennials
Reports on US surveillance of Americans fuel debate over privacy, security