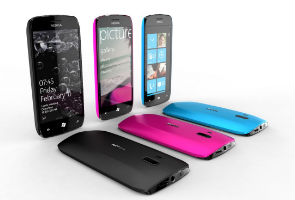 Nokia, which until recently was the world's biggest mobile phone maker, reported a much worse-than-expected second quarter loss Thursday as it presses on with a massive restructuring of its faltering business.

The Finnish company's chief executive Stephen Elop acknowledged in the earnings statement that the April-June period had been "a difficult quarter".

In the second quarter, Nokia posted a net loss of 1.41 billion euros ($1.74 billion), about four times their loss of 368 million euros during the same period a year earlier and more than double the loss anticipated by analysts. The Q2 operating loss stood at $1.01 billion.

Analysts polled by Dow Jones Newswires had expected Nokia to post a net loss of just 654 million euros for the quarter.

While the company also suffered a 19-percent plung in sales to 7.54 billion euros, it did beat analyst expectations that it would rake in 7.24 billion.

Nokia, which recently lost its ranking of 14 years as the world's biggest mobile phone maker, dramatically changed its strategy a year and a half ago when chief executive, Stephen Elop, warned it was "standing on a burning platform" and needed to immediately shift course.

The Finnish company's new strategy involved phasing out its Symbian smartphones in favour of a partnership with Microsoft.

That alliance has produced a first line of Lumia smartphones, which Nokia is counting on to help it survive in a rapidly changing landscape marked by stiff competition from RiM's Blackberry, Apple's iPhone and handsets running Google's Android platform.

"We are executing with urgency on our restructuring program," Elop said Thursday.

While the company is struggling, it still has a strong cash position, and although a dividends payment sent its net cash holdings down compared with the first quarter to 4.2 billion euros, it stressed it had more available money than a year ago.

This security net led to a positive market response, sending its stock up 9.63 percent to 1.50 euros in early afternoon trading on the Helsinki stock exchange, which was up 0.87 percent.

That is still a far cry from the more than 8.0 euros investors were paying for each of its shares just before Elop announced the massive restructuring a year and a half ago.