2 of 3 Americans buy a smartphone, Android continues to lead

The smartphone growth is not showing any signs of slowing, as two thirds of the new mobile buyers are opting for smartphones, a Nielsen report revealed.

According to the research firm, 54.9 per cent of the US mobile subscribers owned a smartphone as of June 2012 and 2 out of 3 Americans chose a smartphone instead of a feature phone as their new purchase in the last three months.

On the operating system front, Android continues to lead the smartphone market in the U.S., with over 51.8% using an Android smartphone. On the other hand, around 34.3% of smartphone owners use an Apple iPhone, while RIM holds on to about 8.1 per cent share.

Apple continues to be the biggest smartphone manufacturer with 34pc share followed by Samsung and HTC at 17.5 pc and 17.4pc market share respectively. 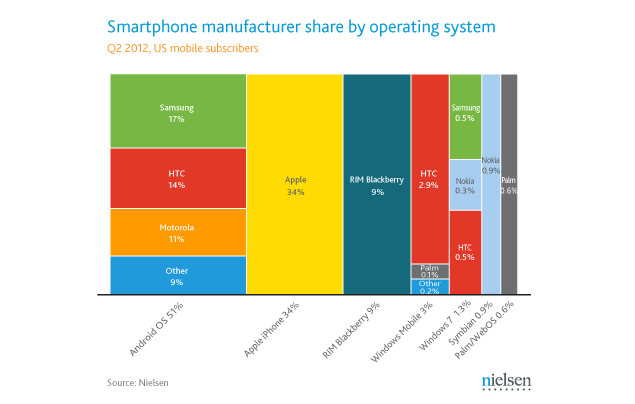