The Best Smartphones Under Rs. 10,000 You Can Buy In India 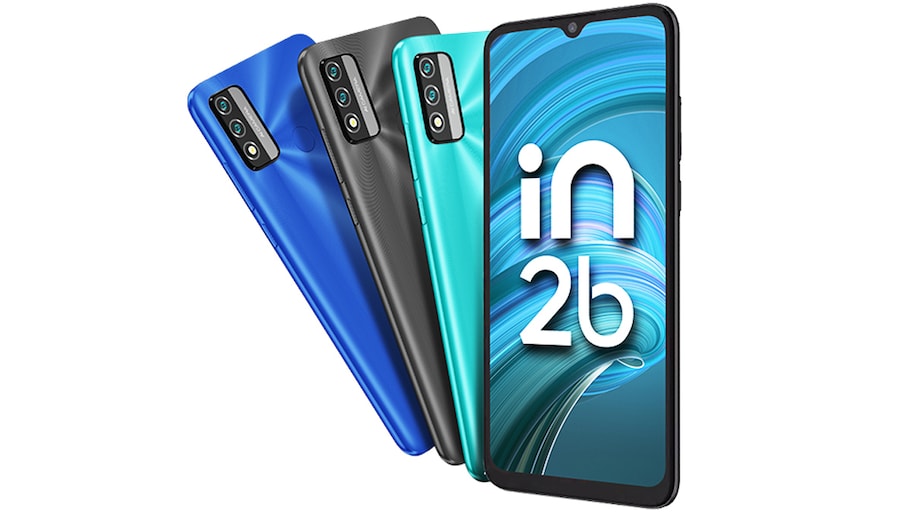 Here are the best smartphones you can buy fo Rs 10,000
Highlights

There hasn't been much of a change in our sub-Rs. 10,000 list since last month. Motorola's new Moto E40 falls in this segment but we have yet to test it to see if it's good enough to make our list. It's always challenging to recommend a good smartphone in the sub-Rs. 10,000 segment since manufacturers often have to sacrifice a great deal in order to price their phones this low. However, the Micromax In 2b is one of the very few recent launches that manages to strike a good balance between performance, design, and price. There's also the Realme C25, the successor to the C15, which is a decent upgrade in this segment.

The rest of the smartphones make a comeback from our previous list, and a few older models have been pruned along the way. Here are the best smartphones in India under Rs. 10,000 in no particular order.

The Micromax In 2b may not be a jack of all trades, but it's good at the basics, which increases its value over some competing smartphones. The phone's back is made of plastic but is practical in terms of design and does not gather fingerprints and smudges. Its display is sufficiently bright and shows decent colours, keeping in mind its entry-level price tag. The Unisoc T610 SoC in the phone turned out to be quite the performer, for a phone in this class. Camera performance was weak, but battery life and the software experience were very good, making this a strong contender in the segment.

The Realme C25 makes no attempt to set new records, but compared to its predecessor the C15, it has a few much-needed upgrades in terms of a USB Type-C port and a faster MediaTek Helio G70 SoC. It has a sturdy plastic unibody that's chubby, yet easy to grip. Battery life is also stellar. Camera performance is passable and seems good enough for a phone that is meant to cater to those who simply want to run apps and get their day-to-day work done. All in all, the Realme C25 will appeal to those who are on a tight budget and who want good battery life over everything else.

The Moto E7 Plus is another low-cost offering from Motorola. It is priced at Rs. 9,499 and packs in some decent specifications. The Moto E7 Plus is powered by the Qualcomm Snapdragon 460 processor, paired with 4GB of RAM. It sports a 6.5-inch display with HD+ resolution and a dewdrop notch at the top.

Motorola offers a 5,000mAh battery but sadly, this phone misses out on a USB Type-C port and instead has a Micro-USB port. The cameras are capable of capturing good photos in daylight. Using Night mode, the Moto E7 Plus also takes some decent low-light shots.

The Moto E7 Plus offers a clean near-stock Android UI which is not very common at this price level. If you like a simple, easy-to-use interface then the Moto E7 Plus has that going for it. The Moto G9 and Moto G10 Power are suitable alternatives.

The Narzo 30A was launched in early 2021 and is the latest in the Narzo series from Realme. The phone is priced at Rs. 8,999 and offers good value. It has a fresh design with a square-shaped camera module as well as a rear-mounted fingerprint scanner. The display size is generous at 6.5 inches but it only has an HD+ resolution.

You get a dual-camera setup on the Narzo 30A which delivers decent photos in daylight, but low-light camera performance is below average. If you like taking a lot of selfies, the Realme Narzo 30A will keep you happy. The big battery also helps deliver excellent battery life but it comes at the cost of the device being slightly big and bulky.

Roydon Cerejo Email Roydon
Roydon Cerejo writes about smartphones and laptops for Gadgets 360, out of Mumbai. He is the Deputy Editor (Reviews) at Gadgets 360. He has frequently written about the smartphone and PC industry and also has an interest in photography. With over a decade of experience covering the consumer technology space, he is also an avid sci-fi movie and TV show geek and is always up for good horror flick. Roydon is available at roydon@gadgets360.com, so please send in your leads and tips. More
Advertisement