Best Gaming Phone: The Best Smartphones for Gaming in India 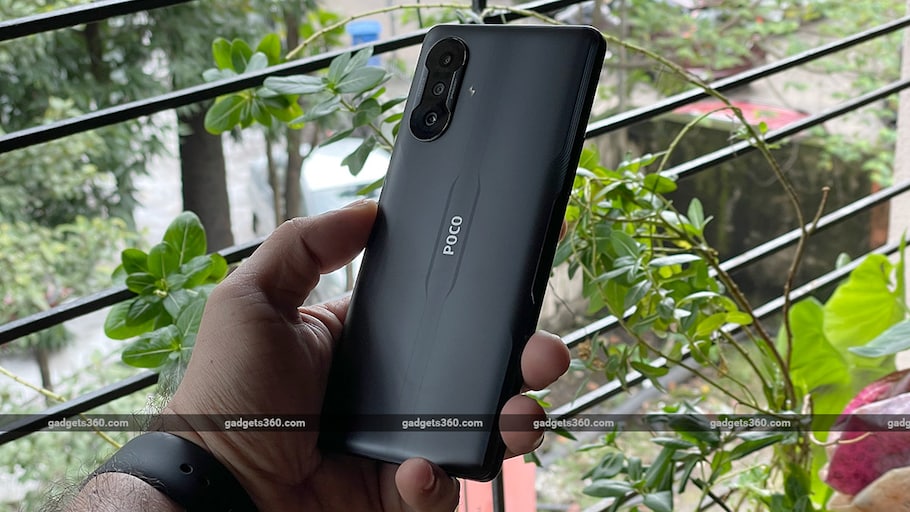 The Poco F3 GT has physical trigger buttons for gaming

A few years ago, if someone had come up to me to recommend a good gaming smartphone, my answer would typically have been an Android flagship or the latest iPhone. However, looking at the power of today's mainstream SoCs, you don't have to spend too much if you're looking for a good gaming experience. While nearly every phone above Rs. 15,000 today can handle the majority of the games in the Google Play Store, there are some of them that are designed to take your gaming experience to the next level.

Just like gaming PCs and laptops, dedicated gaming smartphones tend to stand out from the crowd. Many of them tend to have snazzy designs, LED lights around the back panel and extra buttons along the side for better control. These phones generally have enhanced cooling mechanisms to keep the temperatures in check for those long gaming sessions.

We've seen high-end gaming phones from the likes of Black Shark, Nubia, Asus, but today many of those companies are not very active in the Indian market. Asus is still going strong with its ROG line of gaming smartphones and others such as iQoo and Poco have also joined the gang. This list consists of smartphones that are specifically designed to cope with the increased heat and stress the SoC has to endure when playing graphically demanding games for long stretches of time. If you take your gaming very seriously, you might want to pay attention to these particular phones on the list.

The Poco F3 GT is the company's first true gaming smartphone, complete with RGB lights and physical trigger buttons on the side. This new model is aggressively priced and doesn't skimp on features. To handle any sort of game, you get MediaTek's flagship Dimensity 1200 SoC which is a powerhouse. The F3 GT also has a 120Hz AMOLED display, stereo speakers with Dolby Atmos, and an eight-layer cooling system which includes a vapour chamber.

The main attractions though are the “maglev” triggers, which normally sit flush with the body, but rise up when you flip the sliders beside them. These trigger buttons offer excellent tactile feedback and are much more responsive than the haptic buttons we've seen on some other gaming phones. The Poco F3 GT stays cool even under stress, battery life is solid, and Poco ships a convenient L-shaped charging cable in the box so you can play and charge without any obstruction.

The most powerful gaming smartphone in the Indian market today is arguably the Asus ROG Phone 5. Even though we haven't carried out our traditional detailed review of the product, we have used it enough to know that it can handle any game you throw at it, and the specifications back that up. It costs a pretty penny but you do get the top-of-the-line Qualcomm Snapdragon 888 SoC, a 144Hz Super AMOLED display, a massive battery, and Asus' fifth generation AirTriggers on the right side. The latter act as trigger buttons and can also be used to perform motion gestures.

Asus's advanced cooling system, which includes an actual air vent, ensures that excess heat is dissipated away from where you'd typically hold the phone. Asus has even integrated an additional USB Type-C port on the side to make it easier to charge and play games at the same time.

The Asus ROG Phone 3 may have launched last year, but it's still going strong in the Indian market. It's powered by Qualcomm's Snapdragon 865+ SoC and features similar gaming and cooling features as the ROG Phone 5 has. You get a 144Hz AMOLED display, a 6,000mAh battery, stereo speakers, and customisable RGB lighting in the ROG logo on the back of the phone. The ROG Phone 3 also features AirTriggers which act as additional haptic buttons in games. This smartphone is now available at a reduced price, which makes it an excellent value alternative to the ROG Phone 5.

It's a John Cena double-header this week on Orbital, the Gadgets 360 podcast, as we discuss The Suicide Squad, and later, Fast & Furious 9 (from 28:03). Orbital is available on Apple Podcasts, Google Podcasts, Spotify, Amazon Music and wherever you get your podcasts.

Roydon Cerejo Email Roydon
Roydon Cerejo writes about smartphones and laptops for Gadgets 360, out of Mumbai. He is the Deputy Editor (Reviews) at Gadgets 360. He has frequently written about the smartphone and PC industry and also has an interest in photography. With over a decade of experience covering the consumer technology space, he is also an avid sci-fi movie and TV show geek and is always up for good horror flick. Roydon is available at roydon@gadgets360.com, so please send in your leads and tips. More
Advertisement