Talking Customer Service With Xiaomi, Which Just Opened Its 500th Centre in India 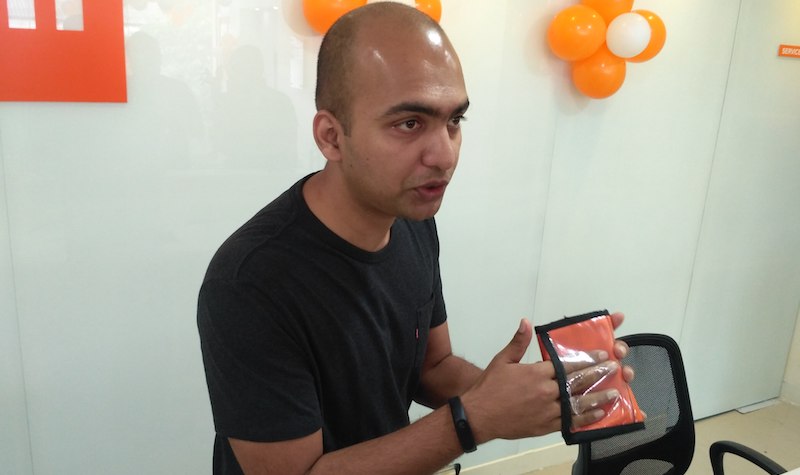 On Friday, Xiaomi India announced the opening of it's 500th service centre in India. Located in Jayanagar in Bengaluru, the service centre is an Xiaomi-exclusive service centre but of the 500 that the company has across India, only around 100 are exclusives. The rest are multi-brand service outlets, the company confirmed. Manu Jain, Vice President and Managing Director of Xiaomi India talked to Gadgets 360 about the brand's journey to 500 outlets, and the negative halo effect of being "a Chinese brand".

"We started three years ago with just one service centre in Koramangala [in Bengaluru], and at the start of this year we were at 225," said Jain, "but we've been growing very quickly because ensuring good customer support is critical for us."

We often hear two things from people considering buying online-only brands such as Xiaomi (it does have an offline presence as well today, but that's still pretty limited) - first, that getting a phone is a challenge, and second, whether there's good service available.

Jain acknowledged this, and said that the brand has been working to strengthen its service network, with a strong focus on exclusive service centres in the big cities, and opting for multi-brand service centres in smaller towns, where demand is less. "Other companies, when they launch with 300, 500 service centres, that's because they haven't really done anything," said Jain. "Instead they've signed an agreement with one big company that is handling all their service. We have been much more selective, and we've worked to ensure that our SoP is followed properly everywhere."

Arvind Gulati, who headed Micromax's customer care until September last year, and before that did the same with Nokia in India and then Dubai, is now heading Xiaomi's customer care efforts in India. Xiaomi says the goal is to keep the customer satisfaction levels high so it can establish a reputation for service - something all brands are starting to focus on more today.

The service lifecycle
Gulati explains that after a device is collected from the customers at the service centres(both exclusive and the multi-brand), it is taken to the service zone and sorted into multiple categories. L0 can be resolved with software only, L1 can require opening the phone, and L2 requires minor soldering. Anything higher than that sees the PCB being replaced and the phone returned to the customer, while the defective motherboard is then shipped to one of three repair factories to be worked on.

"Overall, we're also pretty happy that 95 percent of the cases are serviced within a day, up from 77 percent in January," he added. "Customer satisfaction is also high for people who have experienced our service, but we need to do a better job of letting people know about our service network."

Workers with trays of parts at the Xiaomi factory

"Had big problems last year"
The morning that we met Jain, a top thread of Reddit's r/india board was warning customers against buying televisions from another Chinese brand, because of non-responsive customer service.

In India, "Chinese" is in fact still often used in a derogatory sense, despite the huge success that brands from the country have seen here. Jain agreed that there is a negative halo effect from being seen as Chinese at times, but added that while there is an impact, it is not so bad anymore as the Indian market has gotten used to more products from the country.

More than that, he said, Xiaomi saw major problems in its service infrastructure last year, a problem that it says it's only now overcome.

"A year ago, we didn't manage our own spare parts warehouse - we didn't think it was value for money - but after some time, it wasn't scaling well," explained Jain. According to him, once Xiaomi gave its supply partner three months notice, the partner simply stopped supporting the brand. A lack of spare parts ensued, leading to some major service issues between May and September 2016.

Ahead of OnePlus 5 Launch, OnePlus Flaunts Its Customer Care Services

Jain says things are now back on track, and he adds that the company now has two "mother warehouses", and 26 hubs across the country, along with three repair factories.

"Typically, problems will be related to charging, or software related issues," added Gulati. "Drops, and water damage are two other common problems that we typically deal with." The company's call centre gets around 9,000 calls a day, said Jain, but added that this doesn't exclusively include complaints, but also a large number of calls asking about deals, discounts, and product features.

Inside the repair factory
After Xiaomi's service centre, we head to the company's repair factory in Bengaluru. There, we're kitted in factory clothing including hairnets and fresh slippers, to prevent us from tracking any dirt or other foreign objects into the repair floor.

The layout of the Xiaomi repair factory is familiar to anyone who has ever seen a similar setup - it's largely laid out as an assembly line, with different people carrying out specific tasks of the repair process. Any brand which has a repair facility will follow similar procedures, though there would be small differences between them.

"There's a lot of specialised equipment at this stage, like an RF calibration machine, special debugging software, and other tools," Gulati pointed out. "There's a 5-lens camera that is used for visual verification, and task assignment, and in the back there is specialised storage of delicate components."

Workers are assigned devices as per their proficiency

As you would expect for any smartphone, many of these components have to be stored in temperature-controlled environments, and are often small enough that they can't be handled without tweezers.

"The power management, CPU, the flash are all changed, and then we try and duplicate the problem and do functionality testing," explained Gulati. After the parts are replaced or repaired, depending on their condition, they are sent for quality analysis. If they pass through quality gates, these parts can be used for repairs to devices, as required, instead of only relying on brand new PCBs. This, Gulati assured, isn't a concern as the different parts are all fixed to be good as new.

Interestingly, Gulati told us that the repairs are carried out by specific teams not just by the type of work being done, but the type of device being worked upon. "So this team for example," he said, pointing at a group of workers near us, "has been working on the Redmi 3, and they've got a very good feel for it. So we'll keep sending Redmi 3 units to them, while the Redmi 4 might go to a different team."

"We're tracking everyone's numbers, and even if you're following SOP, the individual yields will vary, and some people are just better with one chip instead of others," he added.

This is a common challenge that the various companies have to deal with in their repair units, Gulati confided, saying that some brands have to deal with as many as 40 different live products and larger catalogues of old phones. "With us, there are just a handful of permutations and combinations - it's easy to fit the best people to the best roles," he added. "With other brands we would have do a lot of very complex planning to get the repair infrastructure right."