Xiaomi Redmi Note 4 vs Honor 6X vs Asus ZenFone 3S Max: Which One Should You Buy?

Xiaomi’s Redmi Note 3 proved to be huge success for the company last year as it was instrumental in the 2 million smartphones they sold in the third-quarter of 2016. Naturally, expectations were high for the follow up model and as expected, the Redmi Note 4 once again fulfils the promise of great performance at a killer price.

Today we’ll be pitting the crowd favourite against the likes of the Honor 6X and the Asus ZenFone 3S Max, two equally good smartphones under the Rs.15,000 price segment that have proven to be good alternatives. We’ll also be taking a closer look at the individual parameters to see which phone stands out from the rest so you know which one would be better suited for your needs. Let’s get started.

Design
All three smartphones boast of metal-clad bodies but among them, we feel the Redmi Note 4 has a slight edge. If you own a Redmi Note 3 then this year’s design might not seem very impressive. On the surface, it looks very similar to last year’s model but Xiaomi has made some subtle changes to the design which make the Redmi Note 4 feel a lot more premium and easier to manage with one hand.

The rounded edges of the display add to the aesthetics of the Xiaomi Redmi Note 4 and the back offers better grip compared to its predecessor. On the other hand, the Honor 6X doesn’t offer the best grip due to the smooth texture of the body and the Asus ZenFone 3S Max is a bit heavy and chunky due to the larger battery underneath.

Display
The Honor 6X and the Xiaomi Redmi Note 4 feature full-HD displays, measuring 5.5-inches diagonally. The ZenFone 3S Max is out of the running here as it gets half the resolution of the other two, although in its defence, the screen size is smaller at 5.2-inches. Between the Xiaomi and Honor, we’d pick the Honor 6X for its very good brightness levels, vivid colour reproduction and good sunlight legibility. The Redmi Note 4 isn’t too far behind here as it also delivers very good colours and viewing angles. 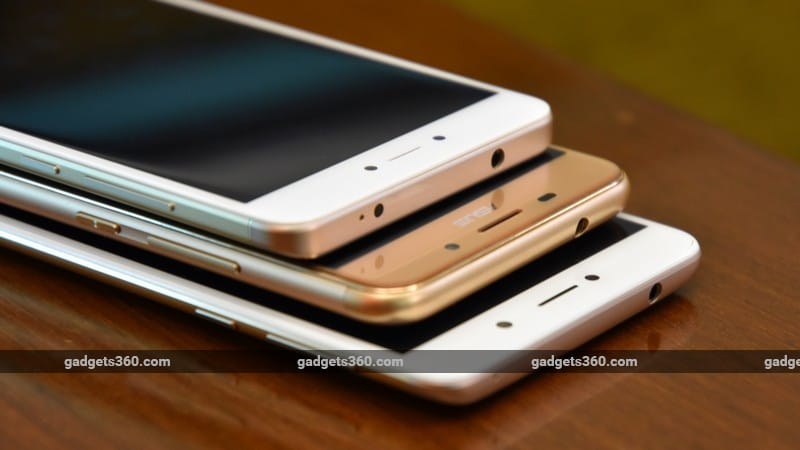 Software
All companies have gone with their own custom implementation of Android. Here, we preferred Xiaomi’s MIUI 8 for its light and polished look but we’d have to pick the ZenFone 3S Max purely for using the most current version of Android, which is 7.0 Nougat. Compared to MIUI 8, ZenUI feels a bit old-fashioned and extremely dense, which is in dire need for an overhaul. The same goes for Honor’s EMUI 4.1, which is unnecessarily complicated. Xiaomi and Honor should hopefully upgrade their phones to Nougat sometime in the near future but for now, if you want to be running something close to the latest version of Android, then Asus has you covered.

Performance
There’s hardly any competition here in this segment as the Redmi Note 4 has wins by a big margin. It certainly offers the best value too when you consider the components it packs inside, for the price. The Snapdragon 625 octa-core chip easily handles demanding apps and games without really breaking a sweat.

The Honor 6X uses Huawei’s home-grown Kirin 655 octa-core SoC, which isn’t as powerful as Qualcomm’s offering on paper but does a decent job at demanding tasks without any overheating issues. The MediaTek MT6750 chip in the Asus ZenFone 3S Max trails behind the other two though general performance is smooth. However, phone does run pretty warm after playing videos or games for an extended period of time.

Battery life
Our testing revealed that all three phones will last you an entire day on a single charge. The Redmi Note 4 lasted the longest in our video loop test, which is a bit surprising as we expected the Asus ZenFone 3S Max to beat this due to its larger battery and lower resolution display. Thankfully, it does have Pump Express 2 fast charging feature which lets you charge the battery a lot quicker. 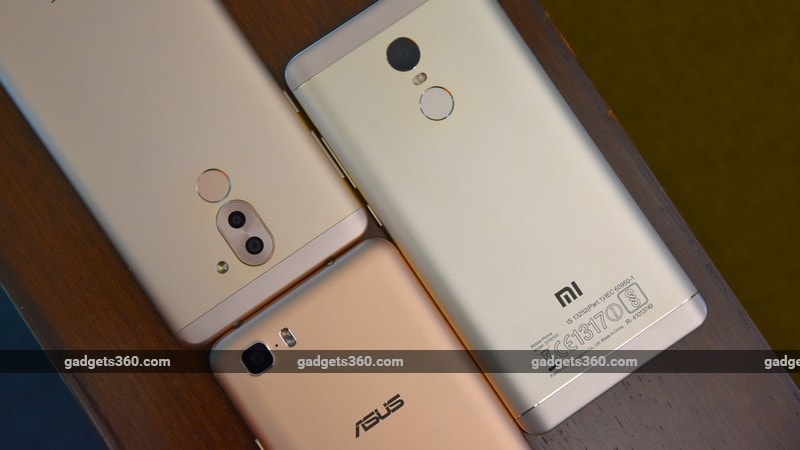 Camera
All three cameras do a good job at landscapes and close up shots under good lighting, however the Asus ZenFone 3S Max shines here thanks to its better low-light performance. The detail level isn't the best but doesn't introduce a lot of noise either. The camera app also has a very nice manual mode with a live histogram and a 3-axis level. The Redmi Note 4 gets an improved 13-megapixel sensor compared to its predecessor but still needs more work in low-light situations. We had the similar experience with the Honor 6X’s 12-megapixel sensor, but it offers a secondary camera for playing around with the depth of field, which can be fun. All three are capable of recording 1080p video and feature various shooting modes.

Verdict
In terms of pure value, it’s hard to beat the Xioami Redmi Note 4 as the top-end model with 4GB of RAM and 64GB of storage goes at just Rs.12,999. The smartphone has the edge when it comes to battery life, design and performance over the other two contenders. Low-light camera performance is the only are where we were expecting better results but overall, it’s hard to beat.

While it’s an easy phone to recommend, it’s a task getting a hold off as it’s perpetually sold out. Honor also makes you jump through hoops in the form of flash sales in order to buy its phone, which is something we don't really appreciate. This is where Asus’s ZenFone 3S Max steps in as a very good alternative to the Redmi Note 4. It’s easier to buy online and edges past the others in the camera and software department. The low resolution display is our only major gripe here but the smaller sized display masks the lack of sufficient pixels.

More
Pokemon Go Set to Receive Its Biggest Update Since Launch, Niantic Confirms
Nokia 3310, Nokia P1, and Other Nokia Android Phones to Launch at MWC 2017: All You Need to Know

Xiaomi Redmi Note 4 vs Honor 6X vs Asus ZenFone 3S Max: Which One Should You Buy?
Comment