Xiaomi Redmi Note 3 vs Moto G4 Plus vs Lenovo Zuk Z1: Which is the Best?

Choosing a phone in the under Rs. 15,000 price segment is like deciding what to eat in a food court. There's tons of options to choose from, each offering better value for money than the other and at the same time, you want to make sure you avoid the ones that may look good at first but then make you suffer later.

Out of the sheer volume of phones that have been announced in the past couple of months in this segment, three have really left a lasting impression on us. We are of course talking about the Xiaomi Redmi Note 3 (Review), Moto G4 Plus (Review) and the newly launched Lenovo Zuk Z1 (Review).

To be honest, you can't go wrong with any of them, but which one is the best? We try to answer that very conundrum.

Design
Design is something that's very subjective and differs wildly but after using all three smartphones we'd have to go with the Moto G4 Plus. It's the lightest and the slimmest among the three and much easier to grip due to the rubber back. Motorola hasn't compromised on the build though as it also has a metal frame for rigidity. The other two also look good and have metal builds but they aren't the most ergonomic when compared to the Moto.

Display
The quality of the display is one of the crucial elements as it's your only method of interacting with your phone. All three phones have 5.5-inch full-HD displays with scratch protection, which manage to produce sharp visuals. However, Xiaomi's Sunlight Display hardware feature nudges it past the other two. The brightness levels aren't great on the Z1 although it does feature a polarising coating to compensate for that. The Moto G4 Plus comes in a close second despite having a regular TFT display instead of IPS. 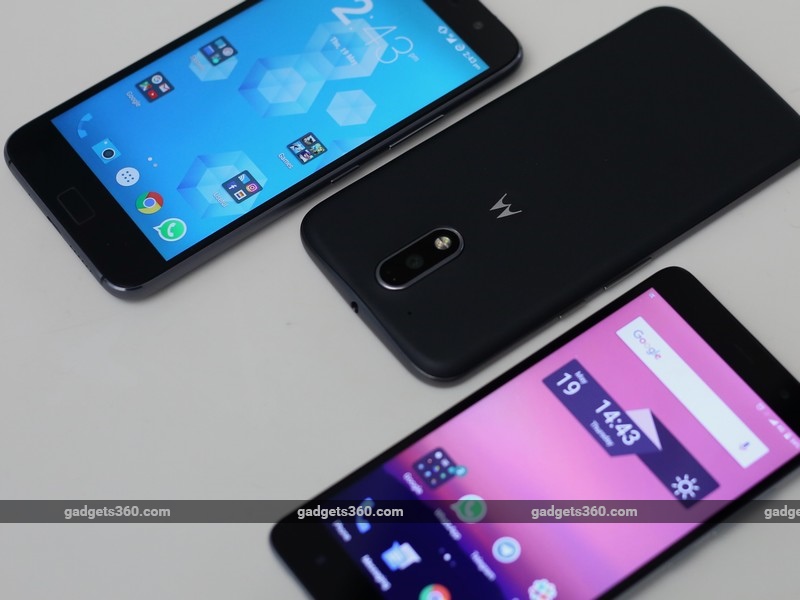 Software
All three phones excel in the software department with both Xiaomi and the Lenovo Zuk bringing unique variations of Android, so choosing one depends on the type of user you are. If you want a pure Nexus-like experience, then the Moto G4 Plus is a no-brainer. With the most current version of Android and just the bare essential apps present, it's left up to the user to download and customise what apps they want for particular tasks.

On the other hand, if you're the type of person who wants the customise every single thing on the phone, from the theme to the colour of the notification LED, then you should be looking at Zuk Z1 which runs on Cyanogen OS (v12.1 at the time of this article). Xiaomi's MIUI 7 also offers plenty of customisation, although probably not as extensive as Cyanogen. However, it does have one very useful feature which the others lack and that's the ability to lock apps to your fingerprint, so only you have access to them.

Winner - Depends on your taste

Performance
Looking purely at the numbers, the Redmi Note 3 is an easy winner. The Qualcomm Snapdragon 650 hexa-core SoC delivers stellar performance over the ageing Snapdragon 801 in the Z1 and the mid-range Snapdragon 617 in the Moto G4 Plus. All three phones have 3GB RAM (although you can get the 2GB versions of the Redmi Note 3 and G4 Plus for a bit less) and sizable onboard storage. Keep in mind that the Z1 compensates for the lack of a microSD card slot with 64GB of storage. The Redmi Note 3 has a hybrid SIM slot but the official expandable storage support is just 32GB. The Moto G on the other hand has a dedicated slot with an official rating of 128GB.

All three phones will easily handle demanding apps and games, although we did notice the Moto gets warm rather quickly when compared to the other two. Considering the performance of the interface, apps, fingerprint senor and connectivity features, the Redmi Note 3 is the clear winner, followed closely by the Zuk Z1.

Battery life
All three phones have sizeable batteries which will last you above a day of regular use. However, the Zuk Z1 outlasts the other two by more than an hour in our video loop test. Do keep in the mind that although the Z1 doesn't support fast charging, it does ship with a high capacity charger for charging it quickly. It's just that it won't charge as fast as the Redmi Note 3 or the Moto G4 Plus when starting from zero. 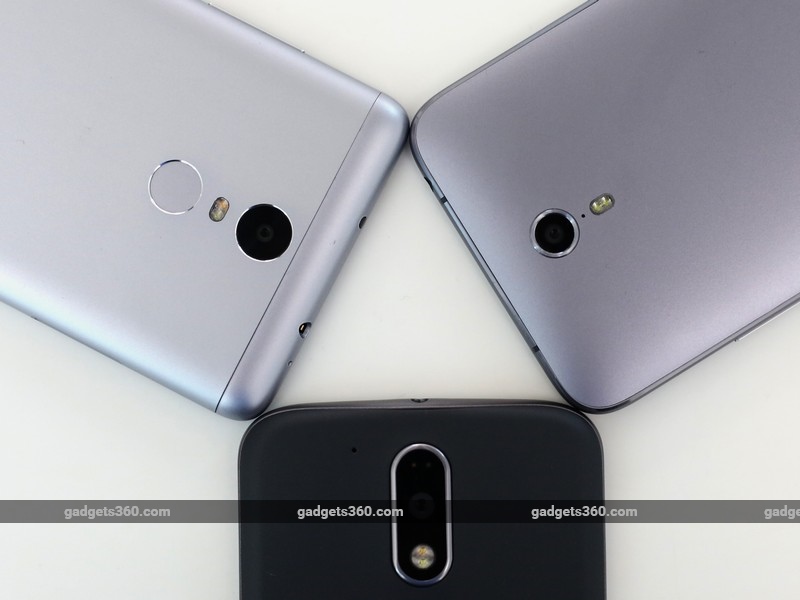 Camera
The camera is another indispensable component in today's smartphone and once again, it's the Zuk Z1 that has the best camera out of the three. Focusing speeds are quick and we managed to get good details in landscapes and macros. Plus, this is the first phone in this price range with optical image stabilisation (OIS). Low-light performance is commendable too, which is something the Moto G4 Plus and Redmi Note 3 struggle with. The camera app is also the best among the three as it's easy to use for novices and offers finer controls for more professional users.

Verdict
Like we mentioned earlier, all three are very good smartphones in their own right, so choosing one will entirely depend on where your priorities lie. Going by our individual scoring, it's a tie between the Zuk Z1 and the Redmi Note 3. If you're looking primarily at a good camera and battery life, then the Lenovo Zuk Z1 is your best bet. It fares well in the other departments as well but excels in these two particular ones. The Redmi Note 3 trumps the others when it comes to display quality and performance, not to mention the highest spec'd version is still cheaper than the other two.

However, don't discount the Moto G4 Plus just yet as despite the others having the upper hand in most departments, the Moto G4 Plus is the phone you would most likely end up buying. Why? Simply because the Redmi Note 3 and Zuk Z1 will be nearly impossible to get due to the ridiculous flash sale model. If lady luck is on your side then great, else there's always Moto to fall back on.