At the Redmi Note 3 India launch on Thursday, Hugo Barra, Xiaomi's Global VP, said that the Mi 5 flagship will launch in India "in a month." At the side-lines of MWC 2016, Barra had confirmed that the company has no plans to unveil the smartphone in western countries, and rather will focus on markets such as India.

Jai Mani, Product Lead MIUI at Xiaomi, added that Xiaomi started the sales of the Mi 5 smartphone in China only this Tuesday, and stressed the fact that the Indian market is one of the most important markets globally for Xiaomi, promising that the phone would release within weeks of the China launch, although he ruled out simultaneous global launches in the future.

"It's part of the plan with not launching everything because this way we focus on a few things, and try to bring it quickly." said Mani.

While talking about the newly launched Xiaomi Redmi Note 3 design, Mani, who was previously with Google, talked about how important is detailing for a smartphone. He gave an example of how the speaker grille placed on the back of the device which is flush with the surface can actually be disadvantage for it, and that was one of the reasons why the Redmi Note 3 holds a 1 millimetre raised bar to make sure the sound doesn't get muffled.

"When I was at Google, we were launching the Nexus 4 with glass back panel, and the speaker grille was indented into the glass back of the device so when you laid the device on the table, you couldn't hear anything," he said. "So Andy [Rubin] who was the guy who ran Android that time found this issue right before the launch. Initially, it was thought to be a software bug but later turned out to be a design related problem."

Talking about the Indian market, Mani went on to suggest that the next biggest feature that will be required in upcoming smartphones will be supporting all Indian LTE bands. The Xiaomi Redmi Note 3 supports Bands 3, 5, 40, and 41 in India, and Mani said that the Lenovo Vibe K4 Note was the only other handset in the sub-Rs. 20,000 price segment to support all Indian LTE bands. 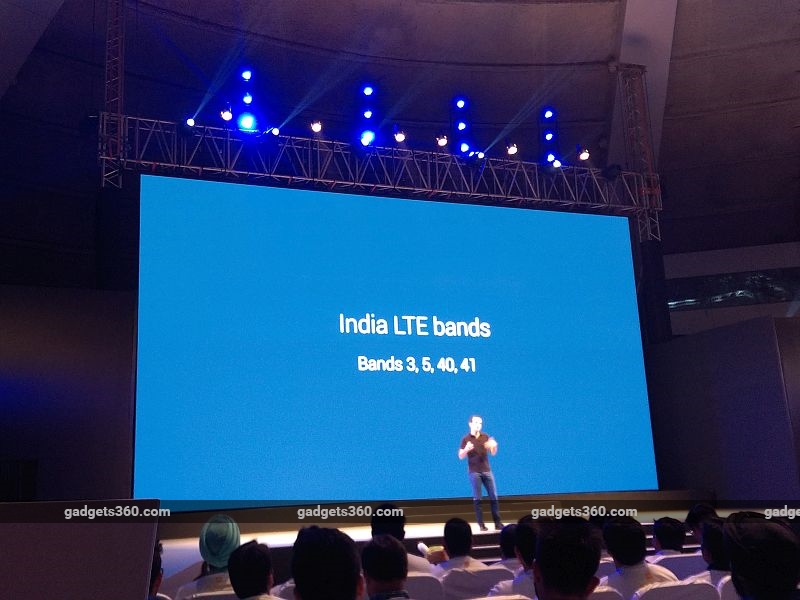 At the launch event, we also got to look at some devices that Xiaomi has had for a while, but not brought to India yet. These included Mi Air Purifier, and the two-wheeled self-balancing scooter, the Ninebot Mini. On the Mi Air Purifier, Mani said that the company is still working towards bringing the device to India.

We also got to ride around on the Ninebot Mini, which was fun even if we were a little unsteady, but Mani said that as of now Xiaomi doesn't have plans to launch it in India. The Ninebot Mini was unveiled in October last year and is a two-wheel self-balancing scooter that has been built by aerospace-grade magnesium alloy infrastructure. It can run at speeds of up to 16 km/h while can even climb 15-degree inclines. But today, there are growing fears about the safety of such devices, leading to recalls in some parts of the world. We wanted to understand if safety issues had impacted plans for the device's rollout, but Mani didn't respond and repeated that there are no plans to launch it here.

We also tried to understand why Xiaomi has till now not entered the virtual reality (VR) segment. "VR is the next big thing in tech industry but we don't have any specific plans for it right now," said Mani, adding that the VR devices "need to be cheaper," so as to drive up consumer adoption.