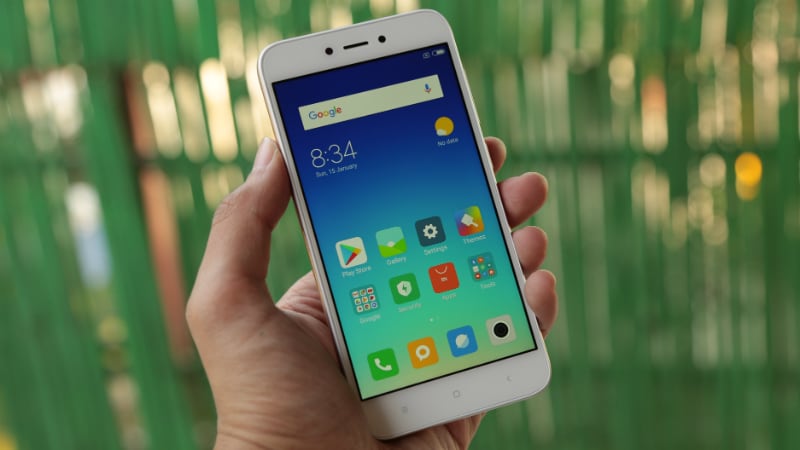 Welcome to another edition of our weekly roundup of the biggest newsmakers in the world of technology. The hottest news this week was the India launch of Xiaomi Redmi 5A, which comes in two variants and will become available on Mi.com and Flipkart from December 7. The Redmi 5A price in India is Rs. 5,999 for the 2GB RAM + 16GB storage variant, and Rs. 6,999 for the 3GB RAM + 32GB storage option. Xiaomi is offering Rs. 1,000 discount on the 2GB RAM model of the handset to the first five million buyers, bringing down the price to Rs. 4,999. On top of this, Jio is providing cashback of Rs. 1,000 to customers who buy either variant of this handset.

As for the specifications, the Redmi 5A has a 5-inch HD display, quad-core Qualcomm Snapdragon 425 processor, and a 3000mAh battery that is claimed to deliver backup of up to 2 days. It sports a 13-megapixel rear camera sensor with an f/2.2 aperture, as well as an LED flash, and a 5-megapixel front camera sensor with f/2.0 aperture. It runs MIUI 9 based on Android Nougat and supports microSD cards of up to 128GB capacity.

In China, Xiaomi teased the launch of the Redmi 5 and Redmi 5 Plus smartphones, which will be positioned above the 5A if we go by convention set in previous years. The company on Weibo said new Redmi models on December 7, and the accompanying image showed bezel-less design and 18:9 aspect ratio on the handset. In previous leaks, the two Redmi 5 handsets have been consistently said to feature the new design language. Other rumoured specifications include a 5.7-inch HD+ display, 1.8GHz octa-core processor, 2/ 3/ 4GB RAM options, 16/ 32/ 64GB storage options, MIUI 9, and 3200mAh battery.

Close on the heels of the Redmi 5A launch in India, Micromax unveiled the Bharat 5 smartphone, priced at Rs. 5,555. The company says it is targeting tier-3 and tier-4 cities where potential customers suffer severe power outages with the new phone, which has a 5000mAh battery. It will be available offline and come with 10GB of additional Vodafone data on 1GB recharge for five months. The new Bharat 5 has a 5.2-inch HD screen, 1.3GHz quad-core processor, 1GB RAM, 16GB internal storage, up to 64GB microSD support, and 5-megapixel camera with LED flash on the front and back.

The Oppo F5 6GB RAM variant went on sale in India on Friday, a month after it was unveiled in the country. Pre-bookings of the handset had started on Monday via Flipkart; it is expected to hit offline stores soon. Priced at Rs. 24,990, this Oppo F5 (Review) variant has 6GB RAM and 64GB storage, compared to 4GB system memory and 32GB storage the other variant offers. Other than that, the two models are identical, including the 6-inch full-HD+, 20-megapixel front camera, 16-megapixel dual-LED flash, microSD card support up to 256GB, and 3200mAh battery.

Gionee unveiled a host of smartphones with FullView bezel-less design and 18:9 aspect ratio in China earlier this week. The new handsets include Gionee S11S, S11, M7 Plus, F6, F205, M7 Mini; apart from these, the Gionee M7 Power – launched in India in November – was showcased at the event. Similarly, the Gionee M7 was unveiled in September in China, but was showcased at the event in two new colours, Maple Red and Amber Gold. Of the newly unveiled phones, the Gionee S11 will be heading to India in a couple of months. It sports a 5.99-inch full-HD+ display, dual rear cameras on the front and back (16-megapixel+8-megapixel at front, 16-megapixel+5-megapixel at rear), Helio P23 SoC, 4GB RAM, 64GB storage, 3410mAh battery. It is priced at CNY 1,799 (roughly Rs. 17,500).

There were a couple of other noteworthy smartphone launches this week as well. Asus unveiled the ZenFone Max Plus (M1) smartphone with 5.7-inch full-HD+ screen and 18:9 design in Russia, but did not reveal the price and release date. The Android 7.0 Nougat-based ZenFone Max Plus (M1) packs the MediaTek MT6750T chipset, 2/ 3GB RAM and 16/ 32GB storage options, microSD card support up to 256GB, 16-megapixel + 8-megapixel dual camera sensors on the back, 8-megapixel selfie camera, 4130mAh battery, and dual-SIM functionality.

The other new smartphone is the Honor V10, the company’s new flagship model. The handset has a 5.99-inch full-HD+ ‘FullView’ bezel-less, 18:9 display, and HiSilicon Kirin 970 SoC, up to 6GB RAM option. Honor V10 has 64GB or 128GB storage options, microSD support up to 256GB, 3750mAh battery, and 13-megapixel front camera. As for the rear shooter, you get the dual camera setup featuring a 16-megapixel RGB sensor and 20-megapixel monochrome sensor with dual-LED flash.

Honor V10 Said to Launch in India in January

Another upcoming smartphone that made headlines was the Samsung Galaxy A8 (2018), whose front panel surfaced online. A report from China shows the handset will have dual selfie camera setup on the Galaxy A8 (2018), along with Samsung’s Infinity Display design. The panel doesn't look curved, unlike some of the recent bezel-less smartphones. However, the actual shape of the frontal view would be visible only on the handset - not through the surfaced glass panel.

Jio customers had a pleasant surprise coming their way this week as the operator extended the last date of its Triple Cashback Offer. Now, instead of November 25, the offer will end on December. The number of wallet partners has come down from six to four as Axis Pay and FreeCharge opted out this time around. As before, Jio Prime prepaid users need to purchase recharges of Rs. 309 or above to avail the offer. Also, Jio Phone reportedly went on sale again this week, but only for consumers who had previously expressed interest in buying it.

Vodafone upgraded its Rs. 399 postpaid RED plan this week to offer 10GB of data, up from 6GB. It also provides unlimited local and STD calls, free calls on national roaming, and data rollover facility (up to 200GB). On group rentals of this plan, Vodafone customers can get up to 20 percent savings on total billing, and get up to 20GB of extra data. The RED Together feature also allows the group to make a single payment, under a single bill.

Airtel introduced the Rs. 199 plan this week, with 1GB data and unlimited calls for 28 days, just a week after Vodafone introduced a similar recharge pack. For now, only consumers in Chennai, Delhi NCR, Mumbai, and Karnataka circles will get the new Rs. 199 plan, but only via the Airtel website.

Also this week, Amazon bagged the rights to 2.0, the upcoming film starring Rajnikanth and Akshay Kumar. Prime Video users will be able to stream film in multiple languages, including Tamil, Telugu and Hindi, when it becomes available.

Finally, let’s move to apps. Google launched an app called Datally to help consumers in developing countries to save on expensive mobile data packages. It lists data consumption by app, enables users to shut off data transmissions by select apps, and provides a directory of nearby Wi-Fi networks that includes user commentary on network quality. Some of the features of Datally app are available in Settings in Android, but Google Product Manager Josh Woodward says a standalone app will make it easier to understand the options.

A new WhatsApp for iPhone update has brought in two new features, the option to watch YouTube video within conversations, and an option that makes recording long messages easier. The new WhatsApp v2.17.81 version comes with Picture-in-Picture (PiP) mode, allowing users to keep watching the video even when they navigate to another chat. Unfortunately, the feature is not activated yet, despite being detailed in WhatsApp’s new App Store description. As for the message record lock, if you swipe up while recording a message, a new padlock button appears momentarily; once this button appears on screen, you will be able to record messages without having to press the record button constantly.