Xiaomi Redmi 3S, the latest budget smartphone from the Chinese manufacturer, has launched in India at a price of Rs. 6,999. This is for the model with 2GB of RAM and 16GB of inbuilt storage. Another variant - called the Xiaomi Redmi 3S Prime - comes with 3GB of RAM, 32GB storage, and fingerprint scanner, and is priced at Rs. 8,999.

If you have seen the previously launched Xiaomi Redmi 3, you may not see much of a difference, though the metallic body does give it a nice feel, especially for the price. The display is a 5-inch IPS display with a screen resolution of 720x1280 pixels, just like the Redmi 3. It runs the Android 6.0.1 Marshmallow with the company's MIUI 7 on top. It is a dual-SIM smartphone that supports a hybrid SIM slot which means it can support either two SIMs (Nano + Micro-SIM) or one Micro-SIM and another microSD card. It's powered by an octa-core Qualcomm Snapdragon 430 processor with four cores clocked at 1.4GHz and four cores clocked at 1.1GHz. 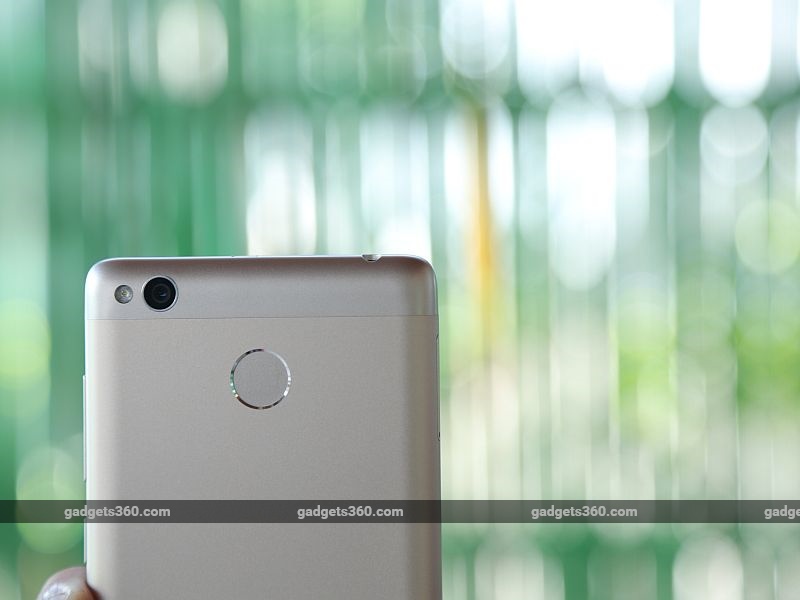 Like we touched upon before, the Xiaomi Redmi 3S looks quite premium for its asking price, which is always a good thing. However, it does feel slightly bulky at 144 grams, though the weight is pretty evenly spread out. The phone runs MIUI on top of Android 6.0.1 and the software is easy to work through. The Xiaomi Redmi 3S has a rear 13-megapixel camera with f/2.0, PDAF, LED flash and a front-facing 5-megapixel camera with f/2.2 aperture. The camera seems pretty capable and focusing is quick. Both the cameras can record videos at 1080p and you get various features like age and gender detection. In our limited tests, the camera looked pretty decent for the price range, though we will reserve our judgement until we've had the chance to full test the device.

For connectivity, we have Wi-Fi, GPS, Bluetooth, FM, 3G, and 4G, as well as VoLTE, which will be music to the ears of prospective Reliance Jio customers. Xiaomi explains that when two SIM cards are used simultaneously, the primary SIM can support 4G calls and data while the secondary SIM can support 3G calls only. Sensors on the Xiaomi Redmi 3S and Redmi 3S Prime include proximity, ambient light, accelerometer, and gyroscope. 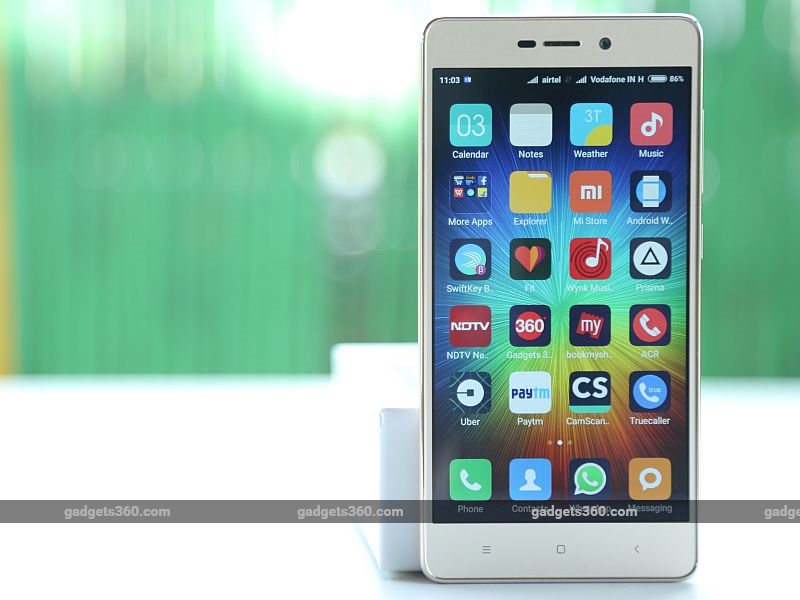 In the couple of days that we've used the device, the battery life has been one of the better features of the phone, though we are still running through our tests. Stay tuned to Gadgets 360 for the full review of the Xiaomi Redmi 3S Prime. If you have any specific questions about the Xiaomi Redmi 3S, let us know via the comments and we'll be sure to address them in our review.