Xiaomi Poised to Become a Billionaire Factory With Listing 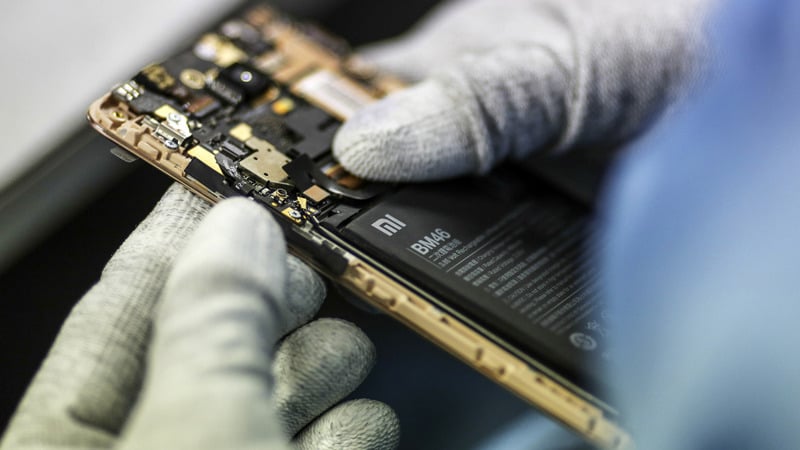 When Xiaomi Corp.'s founders were eating millet congee at an office in Beijing's Zhongguancun neighbourhood in 2010, they decided to create a smartphone brand selling handsets at "honest" prices.

Eight years later, Lei Jun and the seven other Xiaomi co-founders have created a company that wants to challenge the global industry dominance of Apple and Samsung Electronics. It's also targeting an initial public offering that's expected to be the largest since 2014, and which could create five new billionaires.

Xiaomi last week filed for a debut in Hong Kong that will value the company at $50 billion to $100 billion (roughly Rs. 3.37 lakh crores to Rs. 6.7 lakh crores), according to six analysts surveyed by Bloomberg. Lei, the chairman and chief executive officer, is the biggest shareholder with a 31.4 percent stake, while his fellow founders control 27 percent of the company, according to the prospectus.

While Lei and Lin Bin, Xiaomi's president, are already billionaires, a $50 billion valuation would create three new billionaires. A market value of $100 billion would see five of Lei and Lin's co-founders reach that mark, an example of how rapidly the world's second-biggest economy is forging the mega-wealthy. Among the world's 500 richest people, there are 40 Chinese - the second most after the US - with a combined wealth of $464 billion (roughly Rs. 31.3 lakh crores), according to the Bloomberg Billionaires Index.

The company declined to comment on the net worth of its founders.

Just how big these fortunes will be may hinge in part on how many new shares are issued, with estimates of the public float ranging from 15 percent to 25 percent.

However, the market's continuing appetite for tech companies is in doubt. Online health-tech service provider Ping An Healthcare and Technology Co. dropped below the offer price on its first day of trading in Hong Kong last week.

"During the past few quarters, post-IPO listing performance has been mixed," said Sundeep Gantori, equity analyst at UBS Global Wealth Management, commenting on the surging number of IPOs from Chinese tech companies.

A valuation at the higher end of Xiaomi's expected range depends on investors accepting the company as an internet darling and not just a maker of cheap phones, said Mo Jia, an analyst at Canalys in Shanghai. Even if Xiaomi achieves that lofty valuation, "it's hard to say how long it can last."

Already people close to the deal have lowered their expectations, saying the valuation will more likely start at around $60 billion to $70 billion.

A $50 billion valuation with a 25 percent public float comprising only newly-issued shares would value Lei's stake at $11.8 billion, while a $100 billion market cap with a 15 percent float would boost his stake value to $26.7 billion. That would also bring his total net worth to $28.3 billion, including investments in Kingsoft and YY, making Lei China's fourth-richest person after Alibaba Group's Jack Ma, Pony Ma of Tencent Holdings and Hui Ka Yan, chairman of China Evergrande Group. If Lei and the others decide to sell some of their existing holdings in the offering, that could affect the final valuation.