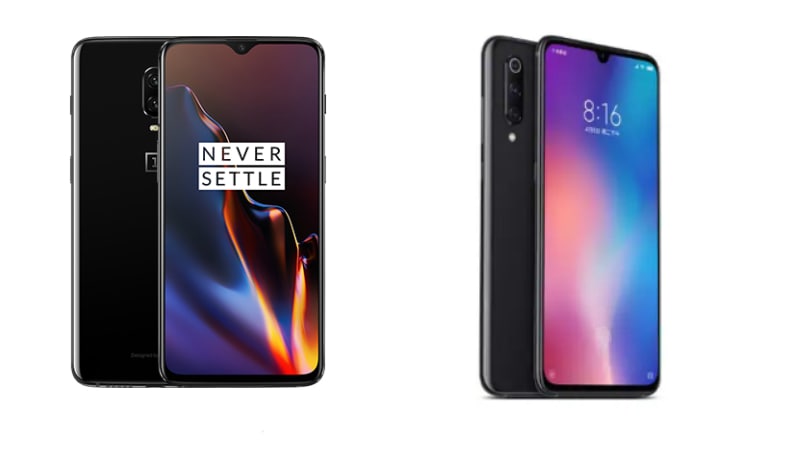 Xiaomi unveiled the Mi 9 smartphone in China, and the flagship sees a waterdrop-shaped notch, a triple rear camera setup along with a 48-megapixel sensor and an in-display fingerprint sensor. The phone was launched alongside the Mi 9 Transparent Edition and the Mi 9 SE models, and its price starts at CNY 2,999 (roughly Rs. 31,800). The phone will compete with the OnePlus 6T which also sports a waterdrop-shaped notch, but comes with a dual rear camera setup at the back.

Aside from the design differences, the Xiaomi Mi 9 and the OnePlus 6T come with other disparities in hardware. We pit them against each other to see which one fares better on paper.

The phones also come with hardware and software disparities, like the OnePlus 6T runs on Android Pie-based Oxygen OS, while the Mi 9 runs on Android Pie-based MIUI 10. Both the phones support dual-SIM slots, and offer Bluetooth v.5 connectivity. The Mi 9 features a 6.39-inch full-HD+ Samsung AMOLED display along with Corning Gorilla Glass 6 protection, and waterdrop-style notch. The OnePlus 6T, on the other hand, sports a 6.41-inch full-HD+ (1080x2340 pixels) Optic AMOLED panel with a 19.5:9 aspect ratio and a waterdrop-style notch as well. The Mi 9 is powered by the latest Snapdragon 855 SoC, and the OnePlus 6T is powered by the now-dated Snapdragon 845 SoC.