Xiaomi Mi 6 Launched: A Look at How Xiaomi Flagships Have Evolved Over the Years 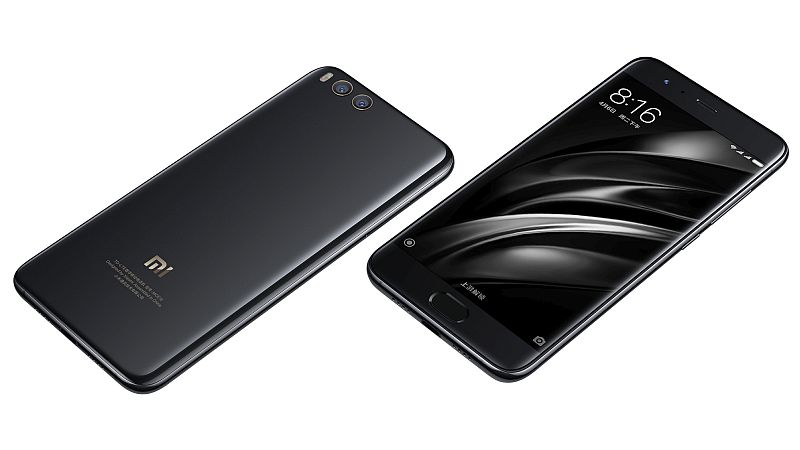 Xiaomi has unveiled the sixth-generation of its flagship smartphone, the Xiaomi Mi 6. The all-new smartphone and its ceramic avatar, the Mi 6 Ceramic, have been announced for the Chinese market but are likely to launch in other markets including India in the coming months. Xiaomi Founder and CEO Lei Jun at the launch event on Wednesday talked about Xiaomi Mi 6's premium 3D glass design, powerful Snapdragon 835 SoC, 6GB of RAM, and dual rear cameras as its big highlights. Check out our take of the six top features of the new Xiaomi smartphone.

There's no doubt that Xiaomi's Mi smartphone range has come a long way since its inception five years back. Over years, the Xiaomi Mi range has not only seen specifications bump but has also seen a steady rise in pricing, and even adding variants like Xiaomi Mi 6 Ceramic along the way.

In this piece, we try to see how the premium Xiaomi Mi rage has evolved over years.

Xiaomi Mi 1 and Mi 1S
Xiaomi's first Mi franchise smartphone was the Mi 1 unveiled back in 2011. It featured a 4-inch display, Snapdragon S3 processor, 1GB RAM, 8-megapixel camera, and 2-megapixel front camera. The Mi 1 soon received an upgrade in the form of the Mi 1S, which was unveiled soon after. The Xiaomi Mi 1S featured a 4-inch display with FWVGA (480x854 pixels) resolution. It was powered by dual-core Qualcomm processor coupled with 1GB of RAM. The Xiaomi Mi 1S came with 4GB storage with expandable storage support. The Mi 1S sported an 8-megapixel rear camera alongside a 2-megapixel front camera. Running Android 4.0, the smartphone packed a 1930mAh battery.

Xiaomi Mi 2
The company's second Mi smartphone, the Mi 2, was launched in 2012 as well. The Xiaomi Mi 2 came with a 4.3-inch HD display and was powered by a Qualcomm Snapdragon S4 Pro processor coupled with 2GB RAM. It packed 16GB storage and ran MIUI 5 based on Android 4.1 at launch. The Xiaomi Mi 2 came with an 8-megapixel rear camera and a 2-megapixel front camera. The Mi 2 packed a 2000mAh battery and supported single SIM. The handset came with 3G connectivity.

Xiaomi Mi 3
Xiaomi's third Mi smartphone, the Mi 3, was launched back in 2013, and was the first device to be launched in India. The Chinese company introduced the Xiaomi Mi 3 in India in 2014. The Xiaomi Mi 3 was launched in India at Rs. 13,999. It ran MIUI 5 which was a highly tweaked version of Android 4.4 KitKat. For specifications, the Xiaomi Mi 4 featured a 5-inch full-HD LCD display and was powered by Qualcomm Snapdragon 800 (MSM8274AB) processor coupled with 2GB of RAM. It came with 16GB of inbuilt storage with no expandable storage support. It sports a 13-megapixel rear camera and a 2-megapixel camera. The Xiaomi Mi 3 was backed by a 3050mAh battery.

Xiaomi Mi 4
The fourth-generation Mi smartphone was launched in 2014 in the company's homeland while it made its debut in India in 2015. Xiaomi launched its 2014 flagship in India at a starting price of Rs. 19,999 for its 16GB variant.

For specifications, the Xiaomi Mi 4 ran MIUI 6 based on Android 4.4 KitKat and was powered by Qualcomm Snapdragon 801 SoC paired with 3GB of RAM. The smartphone was launched in two storage variants - 16GB and 64GB. The Xiaomi Mi 4 came with a 5-inch full-HD display and packed a 3080mAh battery. It sport a 13-megapixel rear camera and an 8-megapixel front camera. The Xiaomi Mi 4 also made it to our list of favourite smartphones of 2015.

Xiaomi Mi 5 and Mi 5 Ceramic
Xiaomi's Mi 5 was unveiled last year, and has been available in the Indian market ever since. The Mi 5 flagship smartphone was priced at Rs. 24,999 in India, making it the most expensive Xiaomi device yet. The dual-SIM Xiaomi Mi 5 featured a 5.15-inch full-HD with curved 3D Ceramic glass, and a pixel density of 428ppi.

The Xiaomi Mi  was powered by a Qualcomm Snapdragon 820 processor. It came with a 16-megapixel camera alongside a 4-UltraPixel front camera. The Xiaomi Mi 5 packed a 3000mAh battery and supported Qualcomm Quick Charge 3.0. It ran MIUI 7 based on Android 6.0 Marshmallow at launch.

Xiaomi Mi 6
Perhaps the most-talked about feature of the Mi 6 is Xiaomi's decision to drop the headphone jack. As mentioned earlier, the new Xiaomi Mi 6 and Mi 6 Ceramic come with new premium 3D glass design, Snapdragon 835 SoC, and 6GB of RAM. The Mi 6 variant with 64GB storage and 6GB RAM, which has been priced at CNY 2,499 (roughly Rs. 23,500), while the model with 128GB storage and 6GB RAM costs CNY 2,899 (roughly Rs. 27,000); both variants come in Black, White and Blue colour options.

The Xiaomi Mi 6 Ceramic sports a four-side curved ceramic body and 18K gold-plated camera rims at the back, and comes in Black colour. It has been priced at CNY 2,999 (roughly Rs. 28,000) and comes with 6GB RAM and 128GB storage. Xiaomi at the event also announced a Silver Edition of the Mi 6 which will sport four-sided 3D curves and an ultra reflective mirror finish.