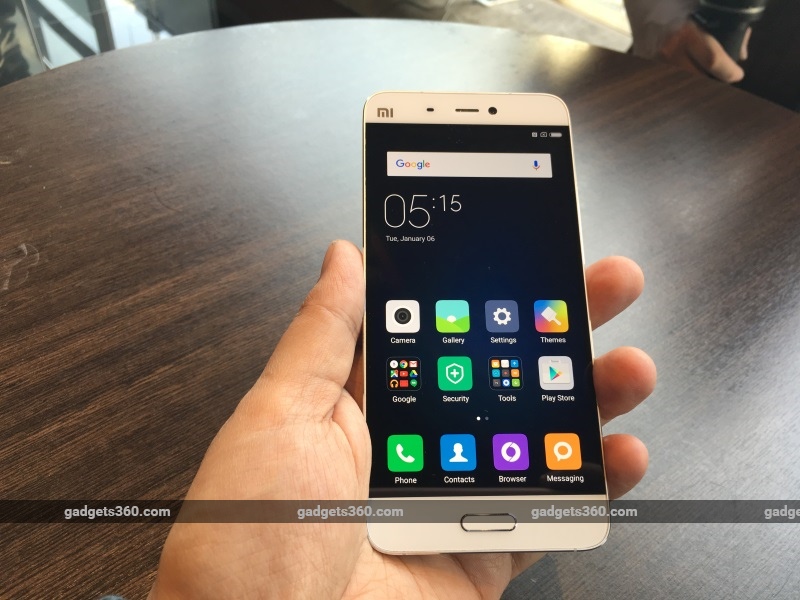 Xiaomi at the ongoing MWC 2016 trade show in Barcelona globally launched the Mi 5. Its long awaited flagship smartphone appears to be almost everything that fans were hoping for - except perhaps the lack of a QHD resolution display. It has been launched in China, where it will go on sale from March 1.

The phone builds on the design of Xiaomi's Mi Note with more prominent curved edges on the back. It will be available in Black, White, and Gold. This is also Xiaomi's first phone with a physical home button which integrates a fingerprint sensor. We managed to get some time with the handset at MWC in Barcelona, and you can see our initial impressions in the video.

The Mi 5 measures 7.2mm in thickness and is quite lightweight at just 129g. The phone is based on Android Marshmallow and runs the latest version of MiUI 7. It will come with Xiaomi's new Mi Video Calling app which features a real-time beautify mode, video effects and group calling.

Coming to the specifications, the Mi 5 packs a 5.1-inch full-HD IPS display, dual-SIM 4G with VoLTE, a Qualcomm Snapdragon 820 processor, and a 3000mAh battery with Qualcomm's Quick Charge 3.0 technology.

The main camera has a 16-megapixel Sony IMX298 sensor with 4-axis Optical image stabilisation for the lens. It uses phase detection autofocus and Deep Trench Isolation for faster focusing and more accurate colours. There's also a 4-Ultrapixel camera on the front.