Xiaomi and Flipkart Crack Down on Mi 3, Redmi 1S Reselling in India 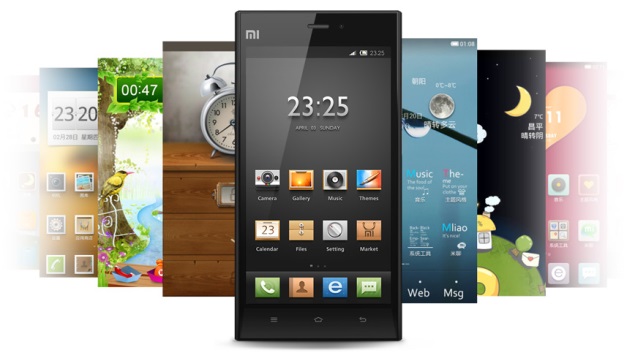 Xiaomi is known for setting a low price on its smartphones and selling them in batches of several thousand in weekly sales. In nearly all of these sales, 10,000 to 60,000 phones were sold out in a few seconds. This has frustrated several people who have failed to buy a Xiaomi smartphone even after several attempts.

Sensing the high demand and low supply, quite a few people have started adding these phones to their cart on Flipkart and trying to sell them at a profit on classifieds websites. As soon as Xiaomi's weekly sales close a little after 2 pm every Tuesday, a lot of people have also tried to sell these phones via the comments here at NDTV Gadgets (comments that we promptly delete). What is Xiaomi doing to tackle this problem? NDTV Gadgets spoke to Xiaomi's India head Manu Jain at a conference in Bangalore to find out.

Jain is very vocal about his displeasure at people trying to resell Xiaomi smartphones.

"I personally hate this [reselling at profit]," says Jain, adding that Xiaomi is aware of the problem and is actively trying to curb it.

"We are working closely with Flipkart to block people who are gaming the system. Flipkart has an algorithm that blocks people from buying phones if they add repeatedly add [Xiaomi] phones to their carts but don't buy them," Jain says. This is just one of the various flags that the algorithm works on.

Jain says that he himself has bought Xiaomi smartphones for his family members via Flipkart.

"I keep buying phones from Xiaomi and even rival brands, just to see what the competition is doing. After I bought 7 or 8 phones, my account was blocked from buying phones on Flipkart," Jain says, adding that the algorithm probably flagged his account as similar to those of resellers.

Jain says Xiaomi is aware of certain people using scripts and browser extensions to automatically add phones to their carts.

"Flipkart is trying to block those scripts because it's not fair to buyers. I recently saw some people complaining online that they couldn't buy [Xiaomi] phones in spite of using these scripts. That means Flipkart's block is working," he says. When asked whether Xiaomi has considered approaching browser makers such as Google to block extensions, Jain laughs, "That's a good suggestion. Thank you." He adds, "We hadn't thought of that, but we'll consider it."

That's just one of the steps Flipkart has taken. It took just 5.2 seconds for Xiaomi to sell 60,000 Redmi 1S smartphones in its most recent sale on Flipkart. This is the time taken for people to add it to their carts on Flipkart. After this, buyers have to complete the checkout process within four hours, Jain says.

"Earlier, we gave people almost one-and-a-half days to complete checkout which used to give [some people] a lot of time to sell these phones on other websites. This time it was just 4 hours. We had to extend this by some time because of certain technical issues, but we're trying to shorten the checkout time as well," he says.

He says Flipkart and to a lesser extent, Xiaomi, have also been checking websites where people were trying to resell Xiaomi smartphones. "We're trying to track these people and get their accounts blocked," Jain says.

All of these are short-term solutions to solve the problem. One long-term solution that Xiaomi announced recently is the introduction of a priority pass. The company announced that those who have tried to buy its phones repeatedly and failed will be offered a priority pass, which will automatically add a phone to their carts. They will have to complete the checkout process within a stipulated period of time.