With Experience Stores, Xiaomi Wants You to Decide What Products It Should Launch in India

Three years after it entered India, Xiaomi is already the most popular phone brand in the country. Last week, its Mi TV 4 went on sale in the country for the first time, and Manu Kumar Jain, Vice President Global and Managing Director India for Xiaomi, says that while he can't share any numbers, he claims this is the biggest demand any TV product has seen in India. Whatever the numbers, it's clear that the demand is more than Xiaomi India can keep up with at present. And this week, Xiaomi has followed up on the TV launch with the opening of its 25th Mi Home store, which is the first Mi Home Experience store in India.

"These are products that may not have been launched, but in the next few years, we want to open up all these categories," says Jain. "The Mi Home Experience store becomes a place where our Indian customers can tell us what do you want, what customisation should we add?"

It's also a place where Xiaomi can be "cool". There's a laser etching tool in the store, which visitors can use to personalise their phone backs with for free, "at least for now, we might charge for it at some point," says Jain. The Ninebot "hoverboards" that Xiaomi sells in China are displayed prominently, and there's a small track where users can take them for a spin. The Mi TV is also present, and it's hooked up to a PS4 so that a visitor could play a game of FIFA if so inclined. 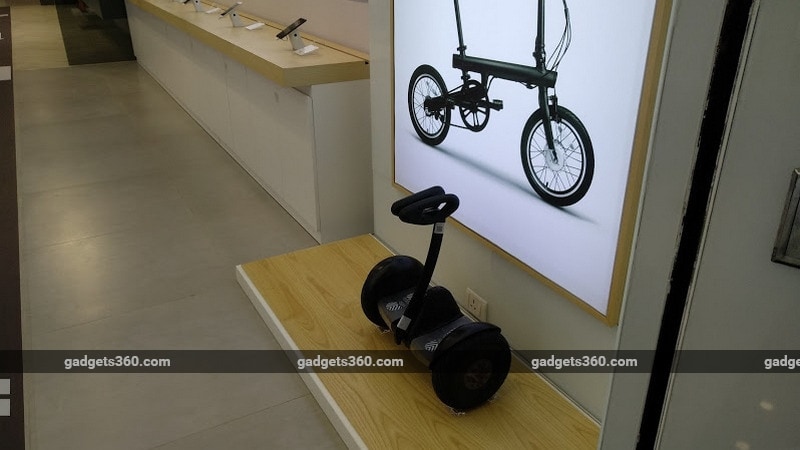 You can take the NinePlus for a test drive in the store.

It's a move by Xiaomi to build its brand, and make sure it's not just seen as a company that makes affordable smartphones. This ties in to the timing of the opening of the experience centre, after the launch of the Mi TV - Xiaomi's most expensive product in India so far. Jain says that the two also coincided for a more practical reason.

"We had been working on TV [launching the TV in India] for more than two years, it's one of the first things that people asked us about when we came," says Jain. "We started working on the Home stores last year, and the Experience store for the last four-five months."

"The thinking we had was that TV needs more space. We couldn't show it, people couldn't experience it, in a store that was only some 700 square feet, so that is why the last few Mi Homes we opened were also large, for TV," says Jain. "We knew we had to get the TV out first, before the launch of the Experience store because without TV the Experience store didn't make sense."

With the experience store in place now, Xiaomi wants to see what products customers are interested in. It's looking at different ways to bring products to India, and Jain adds that even if a product generates interest, it might need to be customised to make it successful in the country, and Xiaomi wants to use the Mi Home Experience format to gain this kind of feedback.

"The products you see in the store are the ones we believe are most likely to succeed in India," he tells us. "We had already been getting a lot of feedback from our fans, from the media, about the products, but one issue is that if a category doesn't already exist in India then people are negative about its chances. So giving people a chance to experience the products is important."

"We may not launch half of them [the products at the store], depending on how people respond," continues Jain. "And even if people are interested in a product, we might need to figure out how to customise it for the market. For example, the robot vacuum, it might not be a good fit for India, because it does only sweeping, not mopping. So we might not bring it, or we could look at ways to add a mopping function." 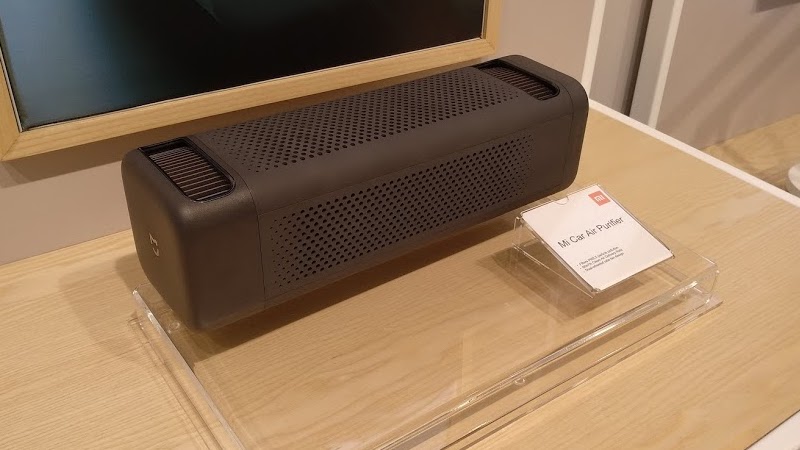 The Mi Car Air Purifier is a portable air purifier

He tells us that there are other ideas that are also being considered, such as live demos for products such as the rice cooker and the water purifier, so people can see them in action. Videos demonstrating the products, which could be delivered through the Mi.com site apart from at the stores are another possibility. Beyond that, he wonders out loud, “Do you think people would be interested in an Ali Express type of model? Where you order and then it could take more than a month to deliver [from China]?"

Further reading: Xiaomi, Mi Home, Mi Home Experience, Mi Robot Builder, Mi Robot Vacuum, Ninebot Plus Hoverboard
Gopal Sathe Email Gopal Gopal Sathe is the Editor of Gadgets 360. He has covered technology for 15 years. He has written about data use and privacy, and its use in politics. He has also written extensively about the latest devices, video games, and startups in India. Write to gopal@ndtv.com or get in touch on Twitter through his handle @gopalsathe with tips. More
Zomato Announces $150 Million in Funding From Ant Financial Services, Valuing It at Over $1 Billion
Facebook's Sandberg Uses Investor Meeting to Urge Gender Equality

With Experience Stores, Xiaomi Wants You to Decide What Products It Should Launch in India
Comment