Wireless Charging Explained: How it Works and What You Need to Know

Wireless charging has been around for quite some time now. If you own a flagship smartphone released within the past three years, chances are that it supports wireless charging. This feature is also present on some mid-range devices and is in the news again thanks to the iPhone SE (2020) as well as the OnePlus 8 Pro. That's not all, wireless charging is also used to charge some wearable devices and a few true wireless earphones as well. In fact, you can even charge smaller devices wirelessly from your phone's battery. So let me explain what wireless charging is, how it works, and everything else you need to know.

One has to simply place a compatible device on a wireless charging pad, and the device starts charging. This can be extremely convenient, eliminating the need for cables. Whether you have an iPhone or an Android smartphone, the standard is identical and is independent of the port at the bottom of your device.

Before I explain how wireless charging works, I would like to add that there were two charging standards when this concept took off. Qi (pronounced “chi”) was a standard by the WPC (Wireless Power Consortium), and PMA was promoted by the Power Matters Alliance. Both are based on inductive charging, but Qi has been widely adopted by electronics manufacturers and is now the de facto standard so you don't have to worry about compatibility. 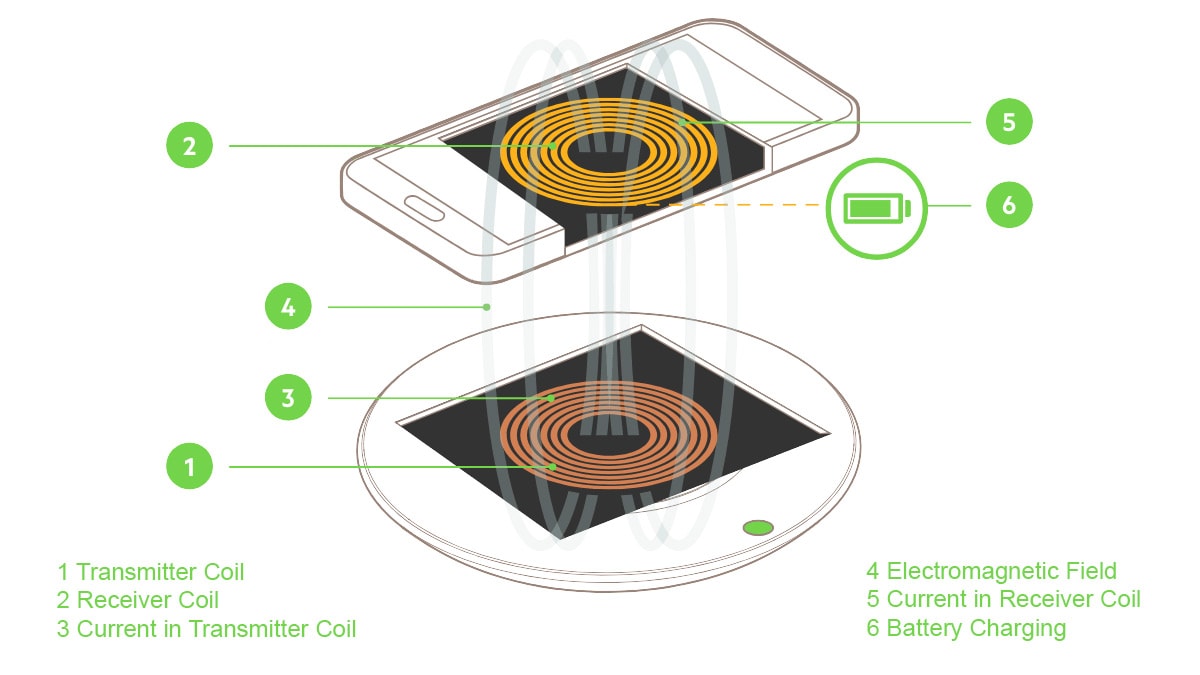 A wireless charging pad has a coil that is usually made out of copper and is tightly wound. This is used as the medium to transfer the power out of this wireless charger. When a current is passed through the coil, it generates an alternating magnetic field. A smartphone capable of charging wirelessly has a copper coil receiver. This picks up the alternating magnetic field and induces a current which is then passed on through a power rectifier on to the battery of the smartphone to charge it.

Wireless charging requires the two coils to be aligned for power transmission, so the placement of the device on the charging pad is crucial. For devices that can only be charged wirelessly, such as the Apple Watch Series 5 (Review) and Samsung Galaxy Watch Active 2 4G (Review), the device and its wireless charger have magnets that align and secure the device for charging wirelessly.

Accessory manufacturers have started designing chargers with more than one coil for better coverage, and also to be able to charge more than one device wirelessly at a time. These wireless chargers come in various shapes and sizes and have anti-slip materials. You get charging pads that lay flat on a table as well as stands that let the phone rest at an angle so that the display can be viewed. Samsung and Google both have wireless chargers for their products, but thanks to the Qi standard, they are compatible with a lot of other products as well. Apple also announced its own AirPower wireless charger which was supposed to be able to work with multiple devices at the same time, but it failed to see the light of day. 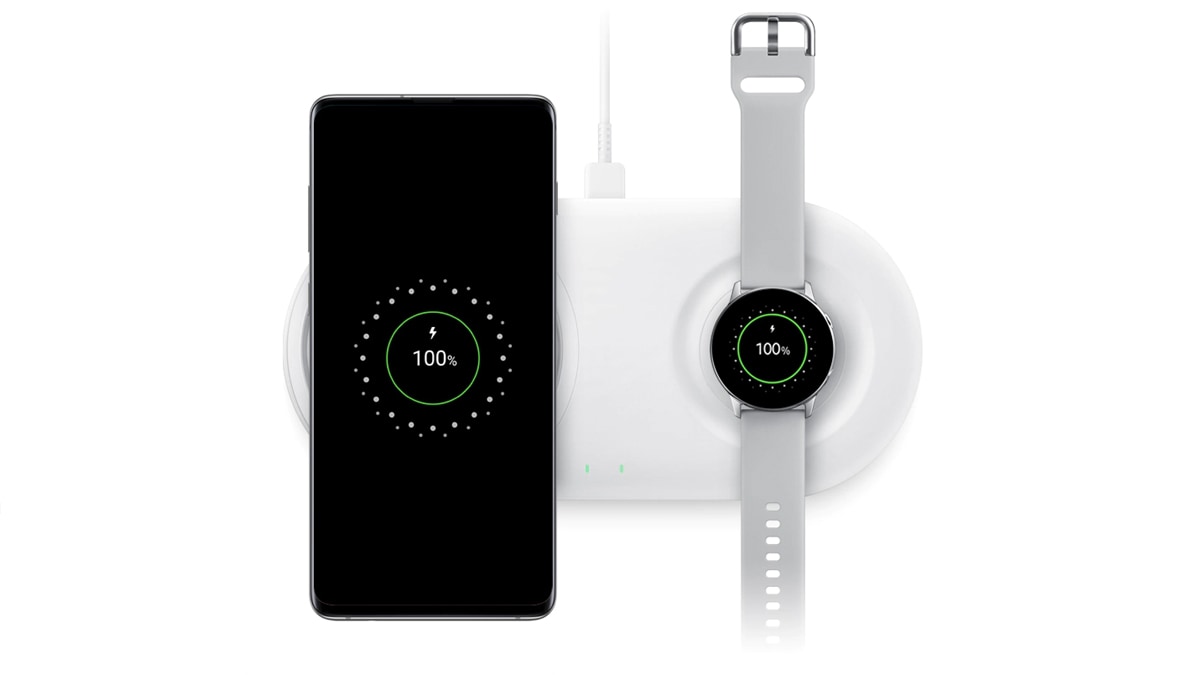 Some wireless chargers have support for multiple devices as well
Photo Credit: Samsung

Wireless charging is convenient, but it is slow and not very efficient when you compare it to using a cable. Another downside is that wireless charging generates some heat. This has discouraged manufacturers from making fast wireless chargers that can compete with the plug-in chargers we currently use.

Oppo and OnePlus recently changed that by launching the AirVooC and the Warp Charge 30 Wireless Charger standards respectively. AirVooC was launched with the Oppo Ace 2 while OnePlus launched its charger with the OnePlus 8 Pro. These chargers have internal fans to cool them, and they will only work at their peak speeds with the respective brands' compatible devices.

Wireless Charging Explained: How it Works and What You Need to Know
Comment