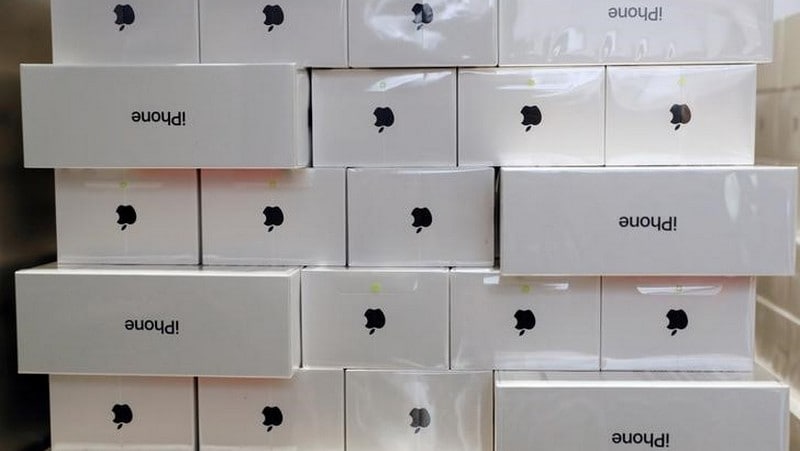 Sure, some of them squeeze more screen into a smaller form. The cameras keep getting better, if you look very close. And you had to live under a rock to miss the hoopla for Apple's tenth-anniversary iPhone X or the Samsung Galaxy S8. Many in the smartphone business were sure this latest crop would bring a "super cycle" of upgrades.

But here's the reality: More and more of Americans have decided we don't need to upgrade every year. Or every other year. We're no longer locked into two-year contracts and phones are way sturdier than they used to be. And the new stuff just isn't that tantalising even to me, a professional gadget guy.

Holding onto our phones is better for our budgets, not to mention the environment. This just means we - and phone makers - need to start thinking of them more like cars.

We may have reached peak smartphone. Global shipments slipped 0.1 percent in 2017-the first ever decline, according to research firm IDC. In the US, smartphone shipments grew just 1.6%, the smallest increase ever.

Back in 2015, Americans replaced their phones after 23.6 months, on average, according to research firm Kantar Worldpanel. By the end of 2017, we were holding onto them for 25.3 months.

"Are smartphones across the board valuable longer to people? The answer is definitely yes," Gartner analyst Brian Blau told me. "Are the device devices sufficient to take care of people's needs today? Pretty much."

On Thursday, Apple reported its first-ever holiday quarter decline in unit sales of iPhones. It was just a dip, from 78.3 million to 77.3 million phones. These results could reflect Apple had one fewer week-13 vs. 14-this year to market its newest models. Regardless, Apple's results communicated that the "super cycle" of phone upgrades isn't exactly going super.

Apple CEO Tim Cook, in his call with stock analysts on Thursday, said Apple doesn't "overly fixate" on how long people go between new smartphone purchases. "We're thrilled with the reception of iPhone X," he said.

One major driver of the change in our behaviour is that phones now mostly look alike. "Consumers say, I will buy when I see something new or hear something I need," Ryan Reith, a vice president at IDC said. Many of the biggest recent advancements, like augmented reality, have come largely through software. The iPhone X uses cameras in new ways to recognise its owner and environment - but it's going to take time to see more interesting uses.

A longer phone life cycle is also a compliment to Apple and Samsung, even if some investors don't love it. It's a sign that their products are reliable and less susceptible to wear and tear. Adding water resistance to the iPhone 7 and Galaxy S7 helped a lot with that.

Slowing upgrade cycles don't necessarily spell doom for Apple or Samsung, either. For one, they're now charging more, like $1,000 (roughly Rs. 64,000) and up for the iPhone X. (It's why Apple's iPhone dollar sales figures still went up in its earnings report.) They're now selling us accessories like Samsung's Gear VR and Apple's HomePod, as well as services like Apple Music that we'll pay for over time.

Still, owners of phones that live longer are going to have some new needs. In December, Apple created a rush of demand for iPhone battery replacements by admitting its software was slowing down phones with worn-out batteries. It atoned by offering discounted battery replacements to everyone, and it has been so overwhelmed that many of its stores are booked up for months.

That shows how many of us would rather repair our existing phones than buy new ones. One analyst said the discounted battery replacements would cost Apple $10 billion (roughly Rs. 64,000 crores) in lost sales.

When I went into the Apple Store to replace the battery on my iPhone 6, the Genius Bar offered to give my entire phone a "tune up." At first I thought this was odd - what were they, Jiffy Lube?

Actually, yes. Like cars, phones will need both hardware and software service when we hold onto them longer. Samsung is getting into the game, too, including experimenting with service trucks.

Phone makers will have to think about designing software updates to support older phones longer. Will iOS 12, expected this fall, give the iPhone 5S the boot? That would cause tension as Apple and Google alike both want to develop features that turn phones into full-fledged computers, but require faster processors in newer models to do it.

There's likely a limit to how long we'll hold onto our phones. "I don't see a replacement cycle getting longer than three years," Carolina Milanesi, a consumer tech analyst at the firm Creative Strategies, told me.

People holding onto phones longer could make the industry look a lot more like laptops and PCs. But don't count out desire, Milanesi said. People still upgrade phones as projection of their personality or because they must have the latest whiz-bang tech.

Biju Nir, CEO of HYLA Mobile, which helps the industry collect and repurpose used phones, thinks the replacement cycle will pick up again because of the "FOMO factor." There's still a fear of missing out on new innovations, new experiences and new business models from phone makers and network operators, he said. (His firm's latest data shows the average retiring phone in 2017 had been in use 78 days longer than the year before - now up to a total of 2.59 years.)

I'm prepared to be wowed by a future phone upgrade. A major leap in battery performance would be at the top of most people's most-wanted lists, but there are many scientific hurdles to conquer. The next big upgrade moment, in a few years, will likely be for phones capable of 5G service, which brings you mobile data on steroids.

Smartphones will likely hum along for years like laptops have done with the rise of smartphones and tablets. And then someday there will be a totally new technology that will capture our dollars.