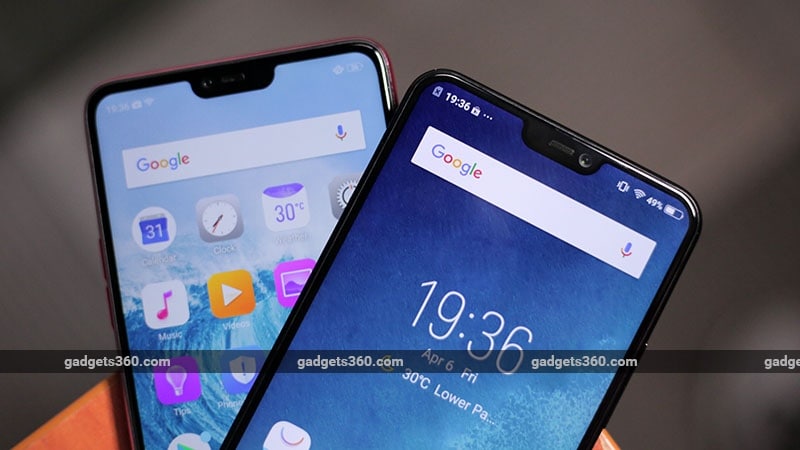 The Vivo V9 (Review) and the Oppo F7 (Review) both launched in India just recently, and have managed to grab a lot of attention thanks to their iPhone X-like notches. Both are similar in size, run Android with notched screens, and put a lot of emphasis on the quality of their cameras, but other than that, there isn’t much in common between these two devices. The price difference between the Vivo V9 and Oppo F7 is just Rs 1,000, which begs the question, which is the better one to buy? We spent some time with both these smartphones together, and here is what we found.

The Oppo F7 and Vivo V9 look very similar from the front. Both smartphones are made of plastic, but the Vivo V9 feels better in the hand thanks to its curved sides and less weight. Both phones have thin borders to the sides of their screens and notches at the top. In each case, the notch houses the selfie camera, the earpiece grill, and a couple of sensors.

The Oppo F7 misses out on a notification LED while the V9 does have one Turn these phones around, and you will see fingerprint sensors in roughly the same place, but the Vivo V9 sports dual rear cameras while the Oppo F7 only has one.

Screen sizes are almost identical, with the Vivo sporting a 6.3-inch panel while the Oppo F7 has a 6.23-inch one. Both are full-HD+ panels with a 19:9 aspect ratio, but we found the panel on the Oppo F7 to be more neutral, compared to the reddish tinge of the Vivo V9.

Battery capacities vary slightly. The Vivo V9 has a smaller 3260mAh battery, compared to the 3400mAh one in the Oppo F7.

The different hardware has resulted in different experiences between these two smartphones. While both deliver smooth user experiences and load apps quickly enough, there are considerable variations in their benchmark scores. We found that the Oppo F7 scores better than the Vivo V9 in every single test that we put them through.

In terms of software, both phones run on Android 8.1 Oreo with custom UIs on top. The V9 has Vivo’s Funtouch OS, while the F7 uses Oppo’s ColorOS. These are both quite different compared to stock Android, and you will have to relearn a couple of things. Of the two, Vivo’s UI looks more modern, while Oppo’s feels dated. Also, things like the two-step process to dismiss notifications on the Oppo is quite annoying. Both smartphones have on-screen buttons for Android navigation but you can also switch to swipe-based gestures, similar to the iPhone X.

Both phones have 19:9 screens, but they handle app scaling differently. The Vivo runs apps in 18:9 or 16:9 aspect ratios, which does not make use of the display area around the notch. The Oppo F7 runs compatible apps in full-screen mode and also lets you force others to run in full screen. Both phones let you change the aspect ratio to prevent content from getting blocked by the notch.

The Vivo V9 and Oppo F7 both boast of face recognition which can be used to unlock the phone as well as specific apps. In our tests, we found that unlocking both phones was quick. However, the Oppo F7 doesn’t scan eyes, while the Vivo V9 does, making it more secure.

Battery life is where the Oppo F7 takes a big lead over the Vivo V9. In our HD video loop test, the F7 managed to go on for 17 hours and 13 minutes while the V9 could only manage 8 hours and 49 minutes. Even in real world usage, the Oppo F7 could handle our usage patterns better and outlasted the Vivo V9.

It is evident that Vivo and Oppo have taken different approaches with their cameras. The V9 has a dual rear camera setup consisting of a 16-megapixel primary sensor and a 5-megapixel depth sensor, while the Oppo F7 only has a 16-megapixel camera. The second sensor on the Vivo V9 is used in portrait mode to help calculate depth.

The camera apps on both these smartphones are feature-rich, and also have manual modes to give you better control. Vivo and Oppo have implemented beautification modes that use Artificial Intelligence to detect age, gender, and skin tone to enhance shots. These phones also get AR stickers that let you have fun while taking photos. 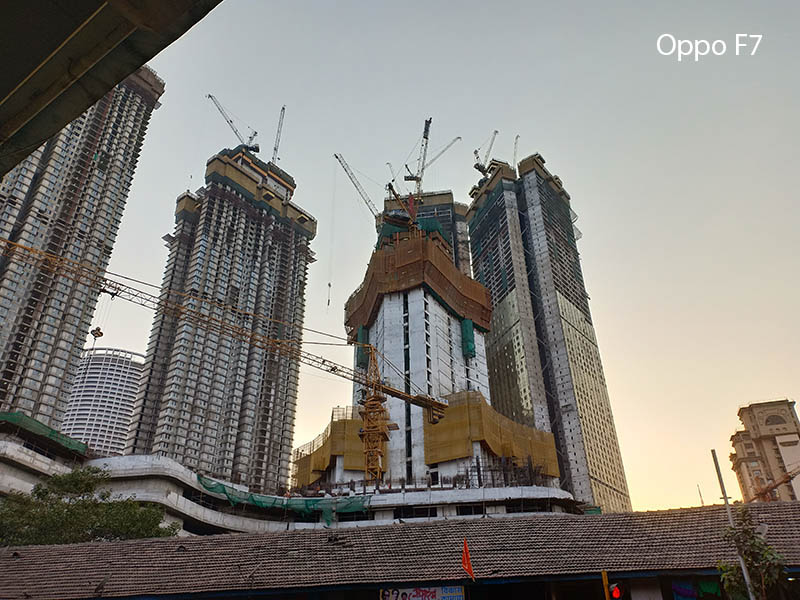 Shots taken with the Oppo F7 had vibrant colours, while the V9’s output looked dull in comparison. Auto HDR kicks in automatically on both, but the F7 performs better. In frames with both light and dark areas, we found that the Vivo V9 failed to the get the exposure right and lost out on detail, while the Oppo F7 fared better. These phones lock focus quickly and we did not have any issues when taking macros. The Vivo V9 reclaims a few points when taking portraits, thanks to the secondary depth sensor. Vivo also gives you the option to simulate a lower aperture, which helps achieve better depth effects.

The Oppo F7 also takes full advantage of its f/1.8 aperture, and there’s a huge difference when it comes to low-light shots. The Vivo V9 struggled to reproduce colours and details in low light, while the F7 performed better. 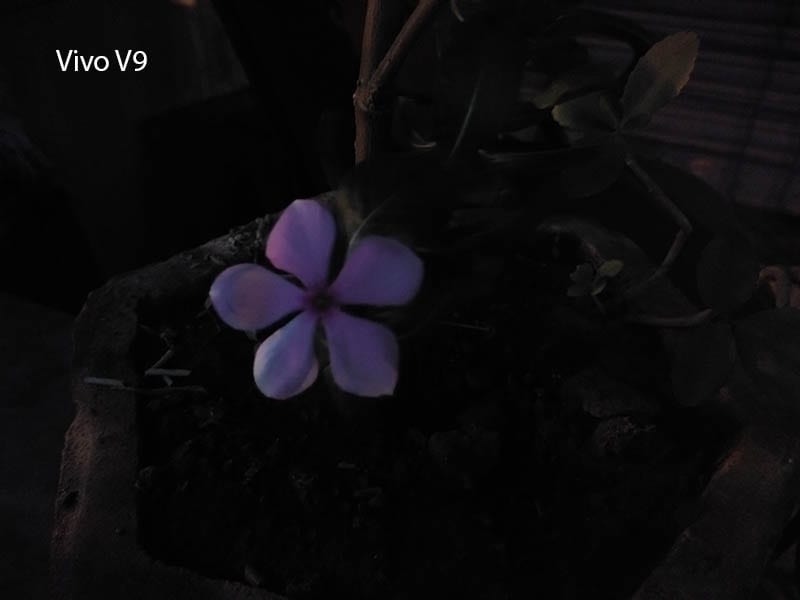 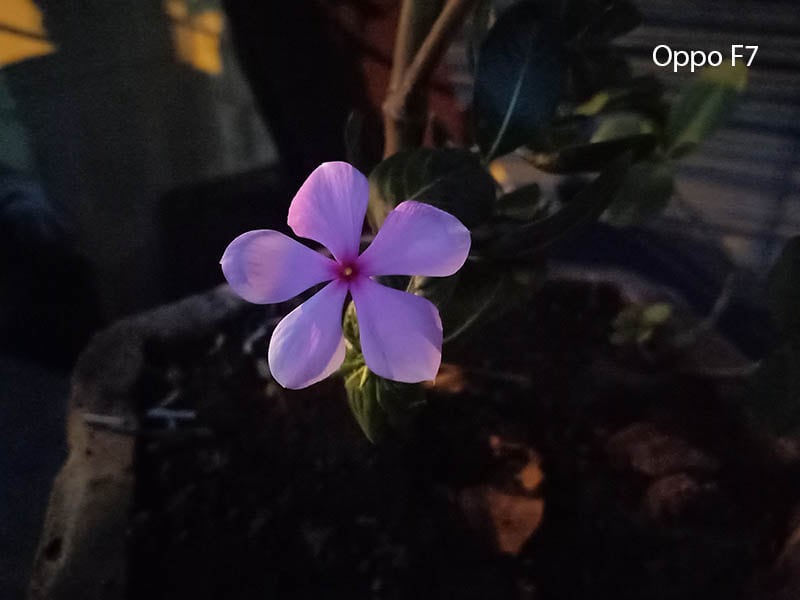 Video recording maxes out at 1080p on the Oppo F7 while the Vivo V9 can go up to 4K. For video, we found that the V9 produces more accurate colours, but Oppo F7’s videos are brighter. Also, you will need to keep your hand steady, as both phones lack stabilisation.

The Vivo V9 has a 24-megapixel selfie camera while the Oppo F7 sports a 25-megapixel one. While both take good selfies, the Oppo F7 manages to capture more vivid shots, compared to the Vivo V9.

Verdict
By now you know the strengths and weaknesses of each of these smartphones. The Vivo V9 has the better design, its UI feels more modern, and it could also prove to be more secure if you are using the face unlock feature. We also found its portrait mode to be better thanks to the secondary depth sensor, and videos had better colour reproduction.

The Oppo F7, on the other hand, offers a faster processor and better battery life. Its camera performance leaves the V9 in the dust in most conditions. What makes this comparison more interesting is that the Oppo F7 is priced Rs. 1,000 lower than the Vivo V9.

So which one would you pick? Let us know via the comments below.