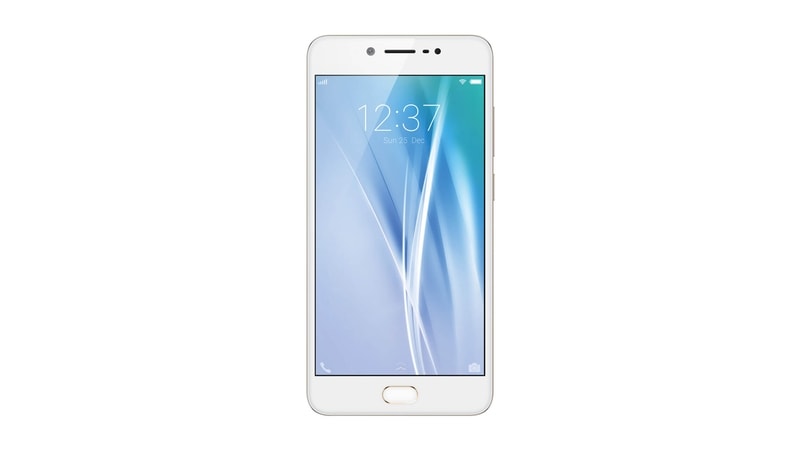 The week saw continued fallout from two important events that occurred the week before - the demonetisation process in India, and Donald Trump’s victory in US Presidential elections. But let’s start the weekly recap with some mainstream technology stories in the form of mobile launches and India’s favourite messaging app adding a missing feature.

On Tuesday, Vivo launched the Vivo V5 smartphone in India at Rs. 17,980. The highlight feature of the Vivo V5 is the 20-megapixel selfie camera that is accompanied by a front facing 'Moonlight Glow' flash meant to improve low-light photography. It bears an f/2.0 aperture, a Sony IMX376 sensor, and a 5P lens. The smartphone also comes preloaded with the Face Beauty 6.0 app. It sports a metal unibody design, supports dual-SIM cards, and runs on Funtouch 2.6 OS that's based on Android 6.0.1 Marshmallow.

The dual-SIM (hybrid dual-SIM configuration) Vivo V5 smartphone bears an HD (720x1280 pixels) IPS display, and is powered by a 1.5GHz octa-core MediaTek MT6750 SoC coupled with 4GB of RAM. Apart from the 20-megapixel front camera, the Vivo V5 bears a 13-megapixel rear camera with a single-LED flash and PDAF.

The other big smartphone launch of the week was the OnePlus 3T, a mid-cycle upgrade on the OnePlus 3. The new smartphone packs a few significant upgrades, which explains why OnePlus 3 owners are unhappy, just like we'd thought it would.

While, after some initial confusion, OnePlus announced the OnePlus 3 is now discontinued in US and Europe, there’s no word on OnePlus 3T’s India launch and it seems OnePlus will continue to be sold here at least for a while.

The week started with the launch of a Huawei Mate 9 variant and ended with another - the Mate 9 Pro and Mate 9 Lite respectively. Other mobile launches of the week were the Lyf Wind 7i and Gionee S9 in India and China respectively.

The other big tech story of the week was the official launch of WhatsApp video calling. At the launch event in New Delhi, WhatsApp announced that India is now its biggest market with over 160 million monthly active users in the country. Getting started with WhatsApp video calling is easy, since it works just like voice calling.

The WhatsApp video calling feature was pushed to all Android, iOS, and Windows users via an app update, but that didn’t stop some seamsters from trying to trick users into clicking on malicious links. Our first impressions were that WhatsApp video calling feature still needs some work, and we also tested out how much data the feature consumes compared to other video calling apps like FaceTime and Skype. Do listen to the latest episode of Orbital, the Gadgets 360 podcast, for a more detailed on WhatsApp’s newest feature.

The fallout from currency demonetisation continues, with more and more companies releasing tools to help answer the question on everyone’s lips - where’s the nearest ATM with cash near me? If you are struggling with the same problem, go through our list of tools and apps that can help you find an ATM with cash. Mobile wallets continued to cash in, and the likes of MobiKwik and Paytm announced free transfers from the wallet to the bank, a move that will encourage further use of their digital wallets.

(Also see: How to Use Digital Wallets Without Sharing Your Mobile Number)

Everyone shared their reactions to Prime Minister Narendra Modi’s decision of demonetisation, from Bill Gates to Flipkart’s Sachin Bansal. Meanwhile, e-commerce companies lifted restrictions they had placed on cash on delivery orders previously. And as new techniques were introduced by the government to increase circulation of the new currency notes, people took to Google to search for workarounds.

(Also see: What are Micro ATMs, and Can They Help Solve the Cash Crunch?)

Meanwhile, in what could could be a bad omen for Indians and other Asians in the Silicon Valley, a report highlighted that a top Donald Trump aide, Steve Bannon, who has been appointed Chief Strategist by US President-Elect Donald Trump, suggested in an interview a few months back that there were too many Asian CEOs in the Silicon Valley. Whether that impacts how President Trump will shape his policies when he takes office remains to be seen.

(Also see: What an iPhone Could Cost in Donald Trump's America)

An official presentation slide confirmed that Nokia will make its much-anticipated return to the smartphone market in 2017. With the Nokia CEO in line to be one of the keynote speakers at MWC in February, Nokia’s Android phones could be a reality pretty soon.

(Also see: These Habits of Yours Are Hurting, Not Helping Your Smartphone)

While Chinese mobile firms are increasing their marketshare across the globe, they continue to make headlines for the wrong reasons as well. Security firm Kryptowire said it has found several models of Android smartphones being sold through US retailers like Amazon and Best Buy running firmware that transmitted personally identifiable information (PII) to servers in China via a back door. These models included the Blu R1 HD, which gained popularity due to its very low price of $50 (subsidised by ads) and was sold exclusively through Amazon.

(Also see: New App by Google Turns Your Phone Into a Photo Scanner)

If you like discounts, you can grab some pretty crazy deals right now if you are rich enough to afford buying an iPad and iPhone on the same day. Flipkart is offering discounts on the recently introduced Google Pixel smartphones as well.

In other news, Qualcomm introduced Snapdragon 835 With Quick Charge 4.0; HP launched a new mini PC; Amazon Prime Video got a launch date - well, a launch month - in India and over 200 other countries; Seagate launched the highest capacity portable drive yet; and two laptops became available in India - Acer Swift 7, said to be the world’s thinnest, launched at just under Rs. 1 lakh, and the new MacBook Pro without Touch Bar started showing up at Apple authorised retailers across the country.

(Also see: How eSIM Cards Could Change the World)

Bihar Colleges Will Get Free Wi-Fi but Only for Studies, Not 'Other Purposes’
Facebook CEO Mark Zuckerberg Urges Post-Trump World Not to 'Disconnect'