However, things have changed dramatically now. There are not only Indian brands that are trying to get affordable, feature-packed smartphones to the Indian masses but even companies such as Samsung, Sony and Nokia are trying to make sure that they address the needs of price sensitive consumers.

Given that it's now getting difficult for one to pick up the right smartphone, this gifting season we bring you the list of Top Five smartphone under the Rs. 10,000 price bracket that are currently available in the market.

1) Samsung Galaxy Music Duos
Samsung had started selling smartphones at the fag-end of December for Rs. 9,199 through its official store. However one can find it on some of the leading online retail websites for Rs. 8,990.

Samsung Galaxy Music Duos is a dual-SIM (GSM+GSM) smartphone that comes with 3.0-inch QVGA screen. Other features of this smartphone include 800MHz Qualcomm Snapdragon, 512MB RAM, 4GB internal storage (expandable by another 32GB) and Android 4.0 (Ice Cream Sandwich). It comes with 3-megapixel rear camera and a 1300mAh battery. It is available in two colour options Ceramic White and Splash Blue.

Samsung in October 2012 had announced Samsung Galaxy Music (single SIM version of this smartphone), but there's no word yet on when that'll be launched in India.

Sony Xperia tipo sports a 3.2-inch TFT display with 480x320 pixel resolution. It is powered by is 800MHz Qualcomm Snapdragon processor and run on Android 4.0 (Ice Cream Sandwich). Other features include 512MB of RAM, 2.5GB of internal storage (expandable up to 32 GB via microSD). There is a 3.2-megapixel autofocus rear camera on board. 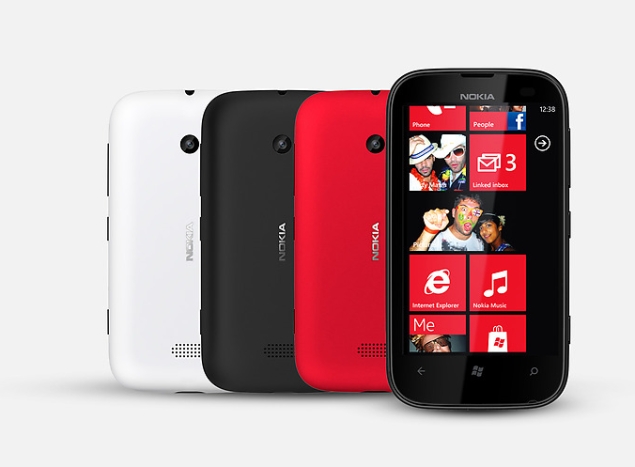 3) Nokia Lumia 510
Nokia Lumia 510 is the cheapest Windows smartphone available in the market. It carries the price tag of Rs. 9,999 and comes with a 4-inch WVGA screen. It is powered by 800MHz Qualcomm processor along with 256MB RAM and 4GB internal storage. There is a 5-megapixel rear camera on board.

The only read drawback for this smartphone is that it runs on Windows Phone 7.5, and will get an upgrade only to Windows 7.8, which means no Windows 8 for this baby.

Some of the notable features of this smartphone includes 2.44-inch TFT Screen, 2-megapixel camera, 1450 mAhbattery, 512 MB internal memory (expandable up to 32 GB via microSD). BlackBerry Curve 9220 is powered by 800 MHz processor with 512MB of RAM.It runs on BlackBerry OS 7.1 but given that BlackBerry will soon be unveiling a brand new operating system BlackBerry 10 on January 30, this smartphone and all existing counterparts will likely become obsolete very soon.

5) Micromax A110 Superfone Canvas
If you are looking for an affordable big screen smartphone, then Micromax A110 Superfone Canvas 2 is an enticing option. It sports a 5-inch TFT capacitive touch screen IPS display and powered by a 1GHz processor. The other features of this smartphone are 2GB internal storage (expendable,by 32GB), 2000 mAh battery, 8-megapixel auto focus camera and a VGA front camera.The smartphone is available at a street price of Rs. 9,999 and runs on Android 4.0 (Ice Cream Sandwich).