The Pros and Cons of Mobile Payment Systems

Apple Pay, Google Wallet and a few other services use a wireless technology called near-field communication, or NFC. With Apple Pay, the phone unlocks automatically when you hold it near the NFC reader on the merchant's payment system. You're then prompted to scan your fingerprint to authorize the transaction. Google Wallet isn't quite as fast, as it requires a passcode.

Some big merchants including Wal-Mart, CVS and Rite Aid are developing their own systems based on bar codes. Some have even disabled their NFC equipment in the meantime. Their system, CurrentC, is expected to debut next year. For now, bar-code payments tend to be made through apps for specific stores, such as Starbucks.

NFC transactions tend to be faster to complete but it takes time to get used to how to hold your phone in relation to the reader. With bar codes, you need several maneuvers to get to the right section of an app, but the practice of scanning a bar code is more familiar to people.

Here's a look at various mobile-payment options:
Apple Pay
This NFC system from Apple Inc. has gotten the bulk of the attention - and for good reason. It's easy to set up and use, and it works with a variety of credit and debit cards. Beyond paying at stores, you can use Apple Pay to make online purchases within apps without having to re-enter your billing and shipping information.

Pros
It's secure because your number isn't stored anywhere. It uses a substitute number that hackers won't be able to do anything with unless they also have your phone and your fingerprint. 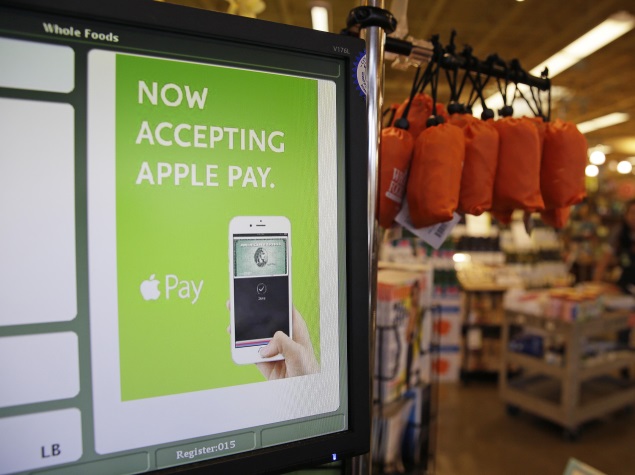 Cons
Some cards don't work yet. And you have to pony up for the latest Apple device: In-store payments require an iPhone 6 or iPhone 6 Plus. App payments work only with those phones and the latest iPads.

Google wallet
This service was one of the first to use NFC. However, Google Inc. had trouble getting credit card issuers to support Google Wallet. Now, Google essentially creates a MasterCard debit account on your behalf, and your regular card is charged on the back end. Unlike Apple Pay and its fingerprint ID, Google Wallet requires stopping to enter a passcode.

Pros
With few exceptions, it doesn't matter which card you have.

Cons: It works only with some Android phones and tablets. Not all vendors accept MasterCard debit cards. You might lose out on some rewards and other benefits your card offers because the transaction is indirect.

Softcard
This NFC system was developed by three of the leading wireless providers: Verizon, AT&T and T-Mobile. Unfortunately, it works with so few cards that the most practical way to use it is to set up a prepaid account, defeating the purpose of having a "credit" card.

Pros
Apps are available for Android and Windows devices. 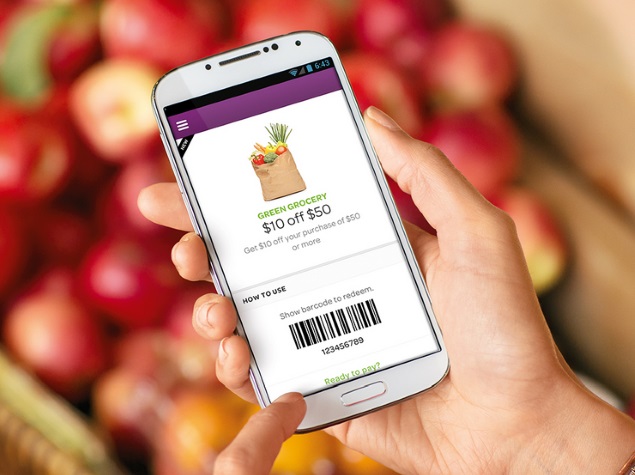 Cons
It works with few cards (American Express, Chase and Wells Fargo only). For the prepaid account, the fine print warns of various fees.

Loopay
You tap your phone similar to NFC, but this system actually reproduces the signals from a magnetic swipe, so it should work with existing equipment.

Pros
It works with more cards and merchants than other mobile systems.

Cons
You need to buy hardware, such as a phone case with the LoopPay transmitter in it. It has trouble with some older readers, as well as transit fares, parking meters and other machines that require you to fully insert a card, like a bank ATM. 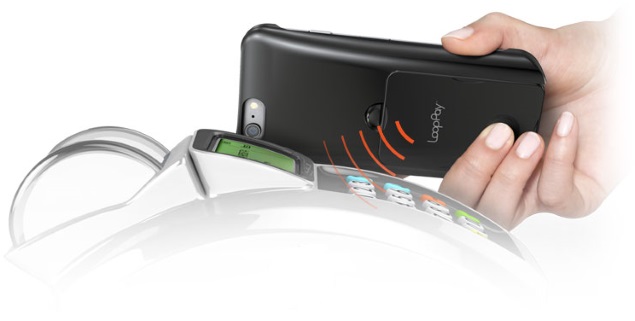 (With NFC, equipment is newer and designed for it, though you have occasional problems with the capability turned off for some reason.) Under LoopPay's default settings, someone can go on a shopping spree if your phone is lost or stolen.

PayPal
There are several ways to pay with PayPal's app. For food, you typically order a meal for pickup or delivery and pay online ahead of time. For retailers that accept in-store payments, you typically authorize that merchant on your app, and the merchant chooses your photo after it appears on the cash register. In a few cases, you provide your phone number and PIN at the retailer.

Pros
You can make payments through your bank account, not just cards. You can also send money to friends.

Bar codes
Apps for many retailers including Starbucks generate bar codes that can be scanned at the register. Money is deducted from a store gift card or credit card.

Cons
It takes more steps to create a bar code than tapping with NFC. Bar codes and apps tend to be store specific. An upcoming system called CurrentC promises to unify bar codes for leading retailers, but the initial focus is on bypassing credit card transaction fees by linking directly to your bank account, so most credit and debit cards won't work with that system.

The Pros and Cons of Mobile Payment Systems
Comment