The Best Kickstarter Projects of December 2016

For most of us, Kickstarter is both a place of hope and despair. We say that because many projects on the crowdsourced funding platform never reach the hands of the customer, or do so much later than expected. This can be attributed to a project not meeting its funding goals, or the team being unable to deliver on its promises after it has received the funds.

But there are some gems that did make it to life because of the platform - things like the Pebble Watch, Bragi Dash, and even the Veronica Mars movie were some of the biggest successes. The truth is that Kickstarter has its share of hits, and misses. We looked at some of the most interesting projects that you can fund right now, and tried to focus on just the ones that look like they're going to hit their funding goals (or have done so already) so as to help to find products you might want to back. Here are our five favourites.

1) FlowMotion
Many smartphones today come with Optical Image Stabilisation to remove the jerkiness from videos taken on the move. The Google Pixel XL manages to stabilise video beautifully with just the built-in gyroscope and software. But having said that, having a dedicated gimbal can do a lot more. FlowMotion is a campaign for a foldable, handheld stabiliser for smartphones. Currently, you can pledge $199 (roughly Rs. 13,500) to receive one around an estimated delivery of April 2017 (the suggested retail price is quoted at $299, or approximately Rs. 20,380). The project is accepting funding for 28 more days, and has raised a whopping $2,82,866 compared to the goal of $30,000, at the time of publishing this.

FlowMotion can be held in one hand with any smartphone mounted on it, and the supplementary software helps with not just stabilisation, but also subject tracking. So, say you’re filming somebody running, the device will physically move to try and keep the subject in the frame and in focus. You can also purchase an adapter for a GoPro instead of a smartphone. It weighs just 300 grams, so it’s easy to carry. Finally, beyond stabilised videos, the FlowMotion also helps in capturing time-lapse videos and panoramas. A similar project by the name of Vimble S is also in the running, which has more features like physical controls on the device to zoom. The FlowMotion looks like it has a better chance of being made, because at the time of writing, Vimble still had a long way to go before completing its funding goal.

It’s also worth mentioning that apart from these crowdfunded projects, drone-maker DJI sells a similar product called the Osmo Mobile at Rs. 19,990. 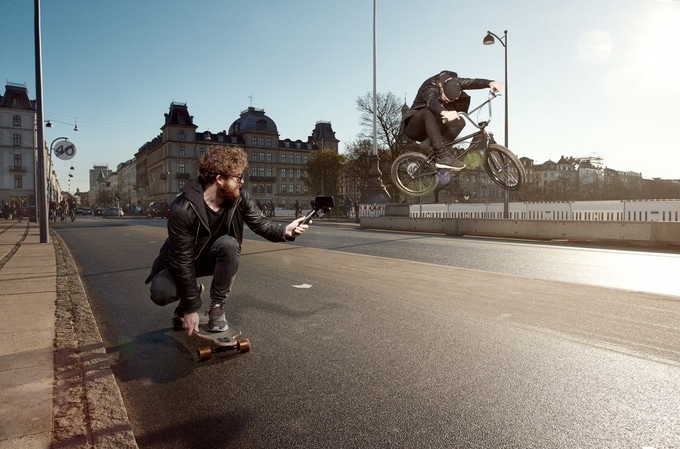 2) Spontaneous Pop-up Display
The Spontaneous Pop-up Display, or SPUD, is essentially a mini-projector with an easily foldable 24-inch projection screen. It’s a portable display that you can carry with you anywhere, and hook up to use for watching videos or as a secondary display for your computer. It accepts HDMI input so everything from your laptop to a Chromecast can be plugged in.

It weighs less than 1kg, and when folded it is roughly the size of a book. It has a 1280x720 pixel native resolution, and can run anywhere between 4 to 10 hours, depending upon the set brightness. At the moment, you can commit $374 (roughly Rs. 25,500) to get this by June 2017, as per the team’s estimates. The estimated the projected retail price of this product, if it comes to fruition, will be $499 (roughly Rs. 34,000). If this sounds interesting, act fast because there are only 3 days left to fund this project. Not to say that it will affect the outcome, as it has already raised close to $6,40,000, and the creators meant to raise only $33,000. 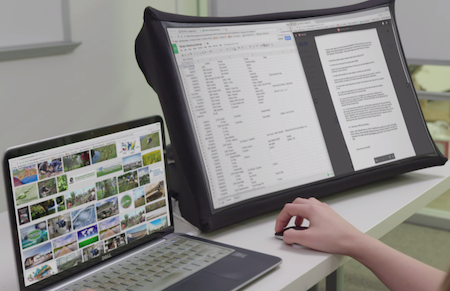 3) Hudify
Many of us use our smartphones to navigate when we’re driving. There are two ways of doing this - either mount your smartphone display to the windshield, or use an Android Auto or Apple CarPlay compatible infotainment system. Hudify is a cool $45 (Rs. 3,000) mount that can be attached on the dash. It consists of a semi-transparent glass that basically reflects the display of your smartphone, which rests flat below it.

The people behind the project have partnered with Navmii, a turn-by-turn navigation provider, for Hudify to show you relevant navigation cues via a minimalistic UI on the projected screen. Because you’re looking at is a semi-reflective surface, you can see through the interface on to the road ahead. In select countries, it’ll also show speed limits and safety camera notifications, to prompt you to drive more carefully. The different modes can also show a digital or analog speedometer, ETA to destination, and other nifty information. You can fund Hudify now, and you’ll get it by July 2017, as per estimates. There are 8 days to go to fund this project, and is very close to reaching its CA$ 1,20,000 goal (at the time of writing it had raised CA$1,12,041)

If Hudify sounds familiar, that’s because a similar product called Hudway was also successfully funded on Kickstarter, and sells at $80 (roughly Rs. 5,400) today. 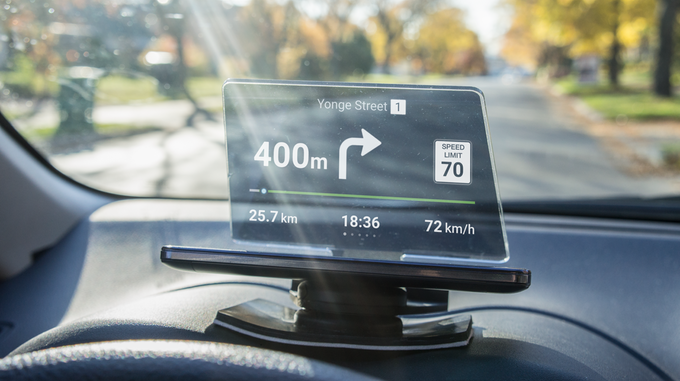 4) HandEnergy
Ever run out of battery power while on the go, and realised that you've emptied your power bank as well? Well, there's a way by which you can get juiced up on the go, while also getting some very useful wrist exercises done.

Check out HandEnergy, a handheld ball-like device that can charge your phone by simply moving it in a circular path. Converting mechanical energy to electrical energy, HandEnergy reportedly delivers an output of 5V/ 1A, which is similar to conventional smartphone adapters. With a bundled app, you can also see how much electricity HandEnergy is generating in real-time.

It is available in funky colour options. It has already surpassed the crowdfunding goal, and for the next 10 days, you can commit to buy one at 60GBP (roughly Rs. 5,800), to be delivered by May 2017. That’s 30GBP cheaper than its estimated retail price. Not too bad considering Powerball exercise balls - which do the same thing, but won't charge your phone - start at around Rs. 3,000 in India.

5) Slide
Slide is a very cool project that aims to automate the daily activity of opening and closing window curtains. With an accompanying app, you can program the time your curtains open and close. This can also conveniently fool thiefs into thinking you’re at home every day, when you actually might not be. You can even make them open when your alarm goes off in the morning.

Slide also supports IFTTT, so you can set recipes that open and close it upon preset actions, such as when your fitness tracker detects that you’re awake. If you have a voice-controlled assistant device like the Amazon Echo or Google Home, you can also use it to close or open the curtains, totally handsfree.

Slide has a simple design and will be hidden in plain view. Following the team's instructions, installation is said to take only a few minutes and is simple. Right now, you have 26 days left to pay 69GBP (roughly Rs. 6,000), and you'll get one roughly by June 2017. The founders have raised more than double of their original 40,000GBP goal (at the time of writing, it was 89,000GBP). 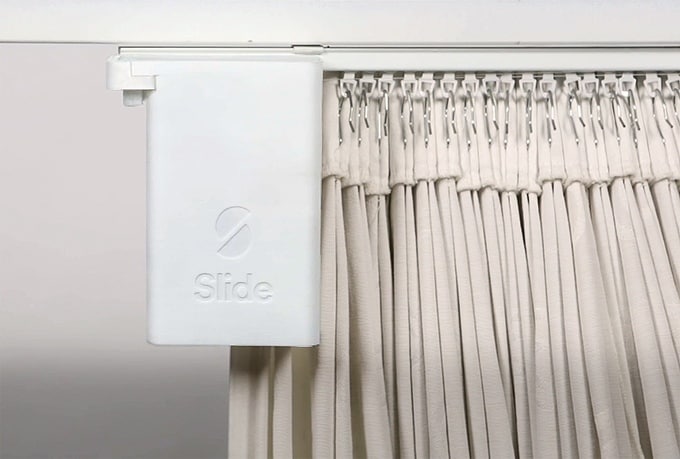 Bonus
We’d also like to give a passing mention to the iCamera KEEP Pro - an Internet-connected security camera that uses object detection and has the ability to tilt sideways, to provide a much wider coverage of a room than a traditional setup. It has exceeded its funding goal and is available at $99 (roughly Rs. 6,700) if you pay today, for a delivery by March 2017. There’s also Snapnator - it adds the sorely missed Magsafe style magnetic latching support to the USB-C charger on the new Apple MacBook Pros. It’s available at $29 (roughly Rs. 2,000), though if you don't mind spending a little extra, bigger companies such as Griffin have already made similar ‘Magsafe’ products.

So, which of these did you like the best? Let us know via the comments below!