In the last few years, the term "system-on-chip" (SoC) has been thrown around quite a bit, yet there is a lot of confusion around what an SoC is in the first place. Within any computer system, there are multiple components to handle different processing tasks and allow all the hardware and software to interact. Over the years, technology and manufacturing advances have allowed these components to shrink while becoming more powerful, reducing a large number of chips with specialised purposes to fewer ones that handle multiple functions. In short, an SoC is the ultimate level of integration - when all parts and functions of a system can be combined into a single chip.

In the PC space, separate components were all plugged into a motherboard - for example a sound card, a graphics card, and controllers for hardware. Today, most of these can been condensed into one or two chips (often referred to as a chipset). Even so, many people still use standalone components when high performance is the priority or there is a specific need for something beyond the chipset's usual capabilities.

In the world of mobile devices, efficiency in all forms is of paramount importance, whether it's power or space. As smartphones emerged and took on more demanding functionality, manufacturers have moved to create single chips with multiple complex functions: the CPU, the GPU, memory and storage controllers, cache memory, voltage regulation modules, and often wireless communications as well. In this way, battery life, thickness, weight, and manufacturing costs can all be optimised. 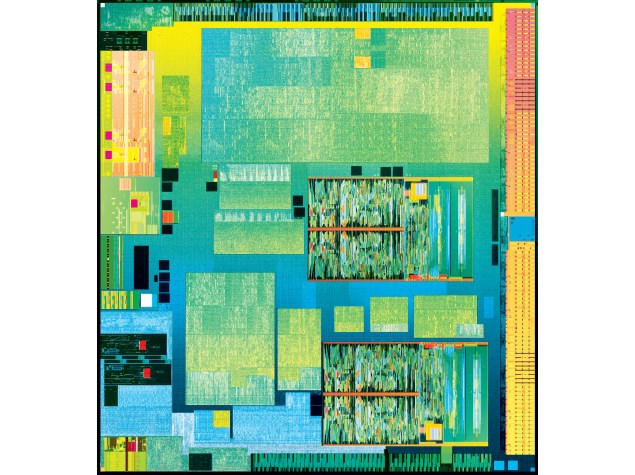 It's worth noting that most smartphone or tablet SoCs don't truly qualify for this title, since RAM and secondary storage is still external to the integrated processor. There also other auxiliary sensors along with chips for more complex or power-hungry functions that don't make it to the main chip itself.

Some of the microcontrollers found in industrial and embedded devices are true SoCs, with the microprocessor, controllers, RAM, ROM and communications blocks integrated onto the same die.

The CPU
The CPU or Central Processing Unit is the same old dog we're familiar with, just in a modern context. It handles arithmetic and logical operations. CPUs today also come with specialized modules, small memory caches and other sub-components. While CPUs were once only engineered for raw speed, with the focus shifting to mobile devices, power consumption and efficiency are generally considered more important today.

The SoCs used in consumer gadgets today have up to eight CPU cores, though not all are created equal. Some SoCs mix and match different types of cores to allow for high performance as well as power savings. For this reason, although "octa-core" sounds impressive, more is not necessarily better. 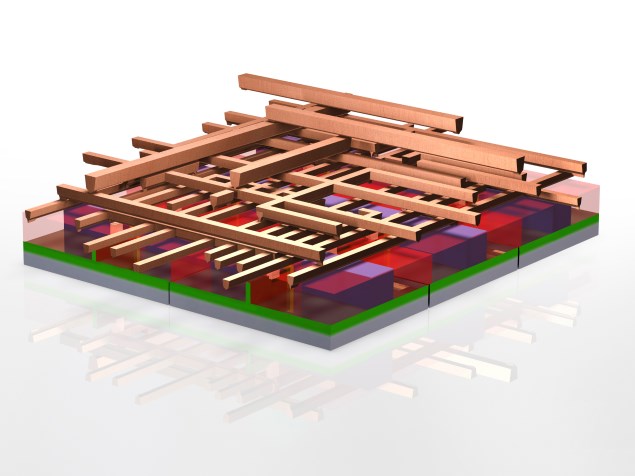 There are various approaches to CPU design. The most common architecture used for smartphone processors today is called ARM, after the name of the British company that came up with the design. Within the ARM ISA (instruction set architecture), there are different versions and generations. ARMv7 and ARMv8 are the most recent and popular today.

ARM allows smartphone manufacturers to design their own CPU cores based on its patented instruction technology, or use ready-made ones. Qualcomm, Nvidia and Apple are examples of companies that have licensed a particular ISA (or a set of them) and have created products as per their own requirements while still remaining conformant to common standards.

Qualcomm's Krait (Snapdragon), Apple's Cyclone (A-series) and Nvidia's Denver (Tegra) are examples of ARM-compatible microarchitectures that have their own secret sauce added on. The ARM Cortex A7, A15, A53 and A57 are common examples of CPU cores designed by ARM itself and used as-is by other companies.

On the desktop, Intel and AMD have been using a totally different architecture, known as x86. In recent years, Intel has been adapting it for use in mobile SoCs. Its modern products are smaller, lighter versions of larger desktop processors. The current version is codenamed Silvermont, and it is the basis of current Atom, Celeron and Pentium processors inside many smartphones, tablets, compact desktops and low-cost laptops .

The key differences between ARM and x86 lie in how individual instructions are handled in order to balance power and energy consumption, and this does not impact the end user in any noticeable manner. Android supports both, and this should not be a factor when evaluating one SoC over another. 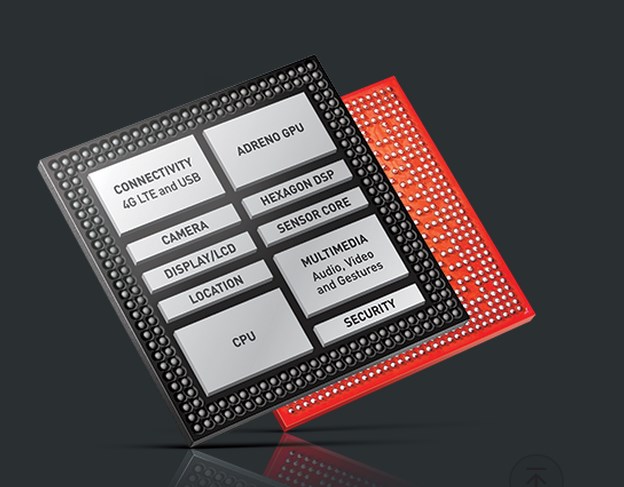 The GPU
It takes a lot of processing power 3D effects and games, which the CPU cores cannot handle. The Graphics Processing Unit (GPU), previously a separate component, has also been folded into today's SoCs. There are four main companies responsible for the GPUs in today's consumer SoCs. First, there's ARM with its Mali GPUs. Then there's Imagination's PowerVR family. Both these companies licence their GPU technology to SoC manufacturers.

On the other hand, Qualcomm uses its own Adreno line of graphics processors. Nvidia also makes an appearance with a derivative of the Kepler architecture used in its popular GeForce graphics cards.

Other components
Modems and other radio components are relatively recent additions to SoCs owing to their complexity. It is also common to find USB, and GPS functions integrated into SoCs today. Additionally there can be dedicated logic for camera image processing, video encoding and decoding, audio, environmental sensors, and even voice command recognition. Efforts are currently being put into incorporating all of a device's functions into a single SoC die, as it means lower power consumption and manufacturing costs.

The fabrication process
"Fabrication process", "manufacturing process" and "lithographic process" are some of the terms used when talking about how a particular chip is manufactured. The most basic units of any electronic circuit today are transistors, which must be laid out in logical blocks. As technology improves, transistors become smaller and more efficient, which makes it possible to use many more of them and still reduce the amount of power needed to drive them all.

The layout of the various logic blocks and the paths connecting them all still take up physical space, which imposes constraints on how much logic can be implemented in a certain area. Since these devices also dissipate power in the form of heat, creating a small chip that does a lot of cool stuff is becoming more and more difficult. 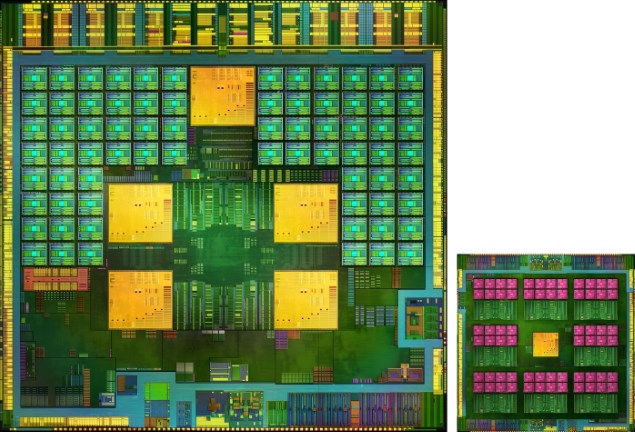 With today's fabrication processes, these transistors are a few tens of nanometres (one billionth of a metre, or one thousandth of a micron) in size each, and there are billions of them in each chip. The fabrication process is usually reported in nanometers, which denotes the size of the transistors in question, such as 20nm or 14nm. The general rule is that smaller is better.

Not all SoC vendors actually manufacture their own chips. Most designs are outsourced to a small handful of companies. The leading fabrication facilities today are Intel, Taiwan Semiconductor Manufacturing Company (TSMC), Samsung, and GlobalFoundries.

In the end
It's easy to get caught up in speeds and the number of cores, but there's a lot more going on inside your smartphone's SoC. Efficiency and battery life determine what kind of battery each device needs, and thus its size and weight. Newer processors are usually more efficient, but not always more powerful. New features mean devices can support value-added functions such as on-the-fly image processing, voice and gesture commands, augmented reality, and much more.

Performance levels are also rising to the extent that affordable smartphones can now do things that would have only been possible with very expensive devices a year or two ago. A budget phone today will deliver a smooth interface and let you run all the apps you need. This can only spell out good news for millions of buyers around the world.