Starting off with the Xperia XZ Premium, the smartphone falls in the high-end branch and looks to take on the iPhone 7 Plus and Google Pixel XL. On first glance, the Xperia XZ Premium looks similar to last year's Xperia XZ. However, to give it a more expensive look, Sony has provided Gorilla Glass on the back as well that is highly reflective and will likely be prone to fingerprint and smudges. The Sony Xperia XZ Premium comes in Luminous Chrome and Deepsea Black colours and will be available globally in Spring.

Moving on to the specifications, the Xperia XZ Premium features a 5.5-inch Triluminos HDR display with 4K (2160x3840) resolution, which is a first for smartphones. The device is powered by the latest Qualcomm Snapdragon 835 processor (Gigabit LTE speeds with X16 LTE modem) paired with Adreno 540 GPU and 4GB RAM. The handset packs 64GB of internal storage, which is expandable via microSD card (up to 256GB).

Sony also tries to compliment the large 4K display on the the Xperia XZ Premium with a 19-megapixel rear camera with Sony's new Motion Eye camera system (with a faster new memory stacked 1/2.3-inch Exmor RS CMOS sensor), allowing the device to shoot super slo-mo videos at 960 frames per second, another first for a smartphone. Meanwhile, the front of the device gets a 13-megapixel camera with 1/3.06-inch Exmor RS sensor.

Sony Xperia XZ Premium runs on Android 7.0 Nougat and is fitted with a 3230mAh battery. The device measures 156x77x7.9mm and weighs 195 grams, making it slightly thinner but heavier than the Xperia XZ. 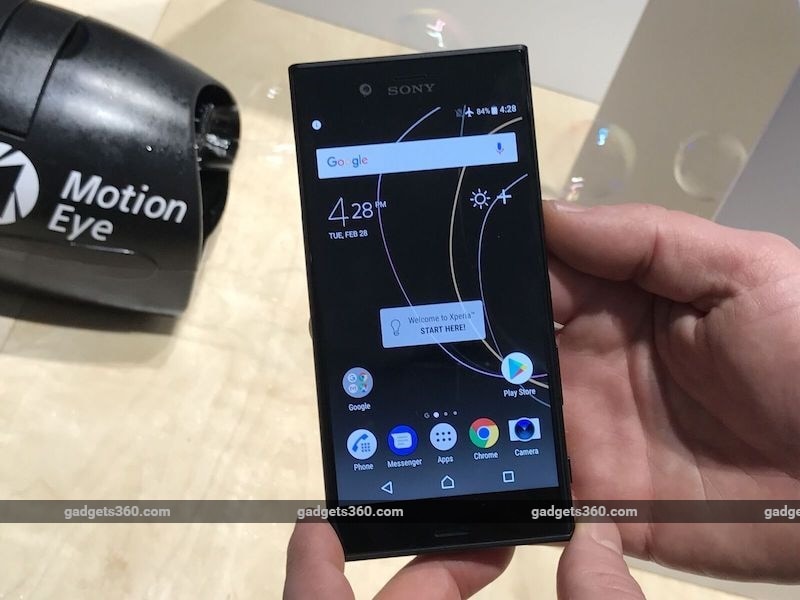 As for the Sony Xperia XZs, it is a smaller version of the Xperia XZ. Both the devices follow the same design language with a flat top and bottom and rounded sides. The right side of the device features the power button which also functions as a fingerprint scanner.

The Xperia XZs features a 5.2-inch (1080x1920 pixels) Triluminos display and is powered by the Qualcomm Snapdragon 820 processor with Adreno 510 GPU and 4GB RAM. The device offers internal storage of 32GB and 64GB with expandability via microSD slot (up to 256GB).

The handset packs a 2900mAh battery, measures 146x72x8.1 mm, and weighs 161 grams. Rest of the features including the cameras are similar to the Xperia XZ Premium.