Smartphones in 2017: Where We Are Now and What the Future Holds 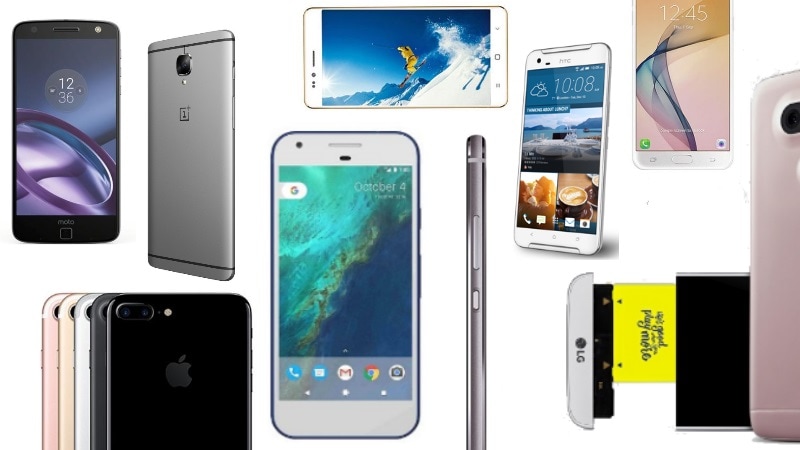 This past year has been great for smartphone buyers trying to spend as little as possible. Between sub-Rs. 10,000 powerhouses like the Xiaomi Redmi 3S Prime and so-called flagship-killers like the OnePlus 3, the features and capabilities you can get at any price point are better than ever.

It is now quite difficult to find a smartphone with a screen resolution lower than 720x1280 even at the bottom end of the low-cost segment. Apart from that, falling manufacturing costs mean that overall quality has improved, which makes movies, games, and even pages of text look good. RAM capacities have jumped, with 2GB now the accepted minimum and 6GB not unheard of. Similarly, we now see 32GB and 64GB options at prices where 16GB would have been considered good value last year. You can also find offers of unlimited cloud storage for all your high-res photos and videos.

Unfortunately, demand and supply gaps are projected to push the cost of flash memory upwards throughout 2017, so don’t expect that trend to continue. There’s also the issue of diminishing utility, as we’ve seen with processor speeds and core counts - things like fingerprint readers, fast charging, premium materials and camera quality will be what sets one phone apart from others at any given price level, rather than gobs of RAM and screens that are sharper than they need to be.

This year also finally saw the mass rollout of 4G networks across India, and a corresponding shift towards supporting 4G (and now VoLTE). Unlike 3G which was a high-end feature for a long time, 4G has quickly become common across all price levels – even sub-Rs. 5,000. By pricing 4G access at the same level as 3G, network operators have contributed to its rapid uptake – no doubt thanks to the fear of competition posed by the juggernaut that is Reliance Jio.

While all of these factors, and even raw performance, have made it harder to justify paying over Rs. 45,000 for a true flagship device, the one thing that continues to set phones at this price level apart is camera quality. The bar is raised every year, but 2016 stands out for two reasons: the widespread adoption of 4K video recording, and massive improvements to camera sensors’ low-light capabilities. 4K isn’t always practical, but who wouldn’t love to be able to take great shots at night? Samsung’s Galaxy S7 twins amazed us at the beginning of this year, Google’s new Pixel models are just as good, if not better, and of course the iPhone 7 and iPhone 7 Plus are in the same league.

What could have taken off in a big way in 2016, but didn’t, is mobile virtual reality and augmented reality. Several manufacturers developed headsets, including Lenovo with the ANT VR, and OnePlus with the Loop VR devices. While phones might be powerful enough, it seems that there just isn’t a killer app, and no one has managed to overcome the social awkwardness of wearing a headset and blocking out the rest of the world.

We would have liked 2016 to have been the year of revolutionary new battery technology, but that didn’t come to pass either. Standards have improved overall, mostly due to smaller and more efficient processors, iOS and Android improvements, and even tighter control over third-party apps. We’re still waiting for hydrogen fuel cells or anything that gives us a week of usage per charge.

Early in 2016, we saw some interesting demos such as Qualcomm’s Zeroth platform for machine learning, and Sense ID ultrasonic fingerprint scanning. No phone manufacturer has yet adopted the latter, though that might change in the near future. However, machine learning is playing a big role behind the scenes when it comes to voice-powered assistants, photo sorting and tagging, and activity suggestions based on each individual user’s locations, schedules and habits. We can certainly expect to see more along these lines from Google, Apple, Microsoft, and even partner manufacturers down the line, such as Samsung and Xiaomi.

Speaking of the biggest players in the market, the most notable aspect of the smartphone market in 2016 was the near-complete demise of Microsoft’s Lumia lineup, and the last hurrah of BlackBerry’s BB10, leaving only iOS and Android standing. Only one Windows Phone launched this entire year, the utterly forgettable Lumia 650, despite the company’s massive push of Windows 10 across desktops and laptops. That’s a pity, because Microsoft has finally sorted out its Universal app platform and there’s some serious potential for Windows in the mobile space. BlackBerry, on the other hand, is now just another Android partner.

So what does 2017 have in store? Apart from the highly anticipated return of Nokia (or at least its name), we’re sure to see companies keep pushing limits. Samsung needs to redeem itself for the Galaxy Note 7 catastrophe, Apple might completely reinvent the iPhone for its 10th anniversary release, Google could very well expand its Pixel lineup into lower price bands, and Microsoft is extremely likely to release a Surface Phone.

India will continue to be a huge market for global companies as smartphone and Internet penetration spreads, but we can probably expect to see fewer new brands and some consolidation as margins are already squeezed unbelievably tight. Across the price board, specs are likely to take a backseat to software features, camera quality and premium materials. Who knows, we might even finally see a Ringing Bells Freedom 251 out in the wild sometime next year.

Our Favourite Tech Purchases of 2016